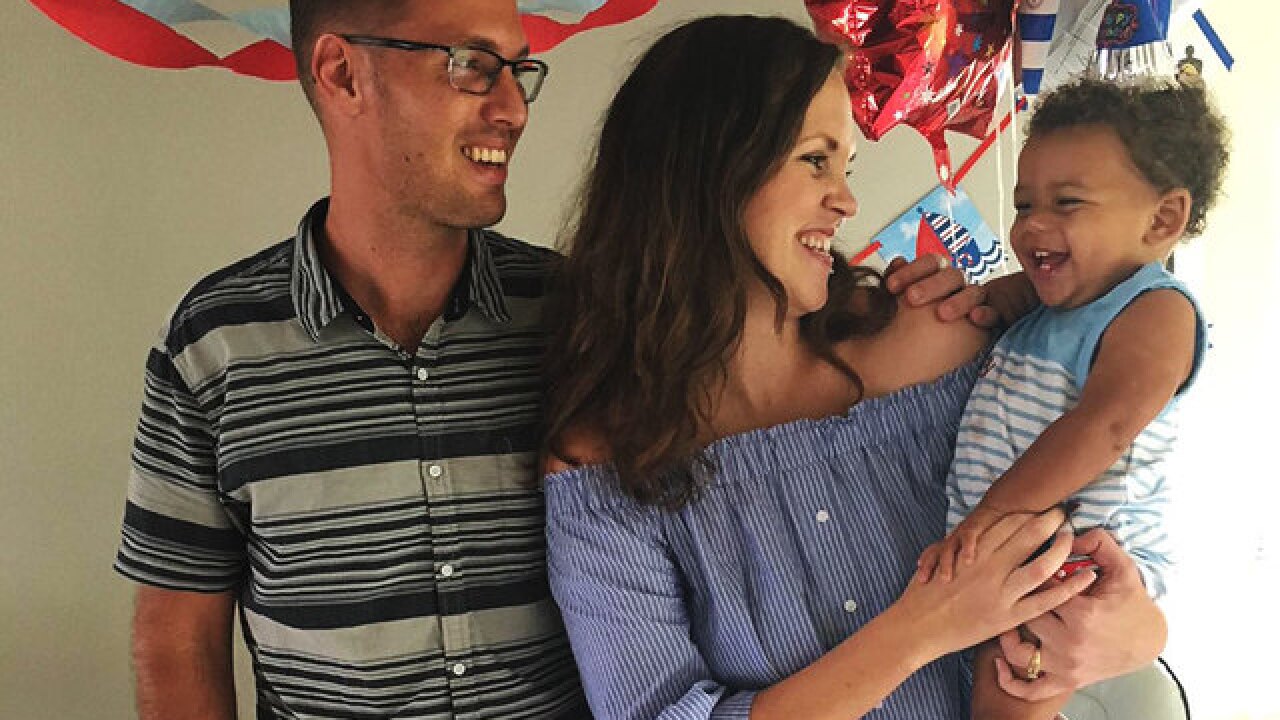 Copyright 2018 Scripps Media, Inc. All rights reserved. This material may not be published, broadcast, rewritten, or redistributed.
Sam and Juliet Warren 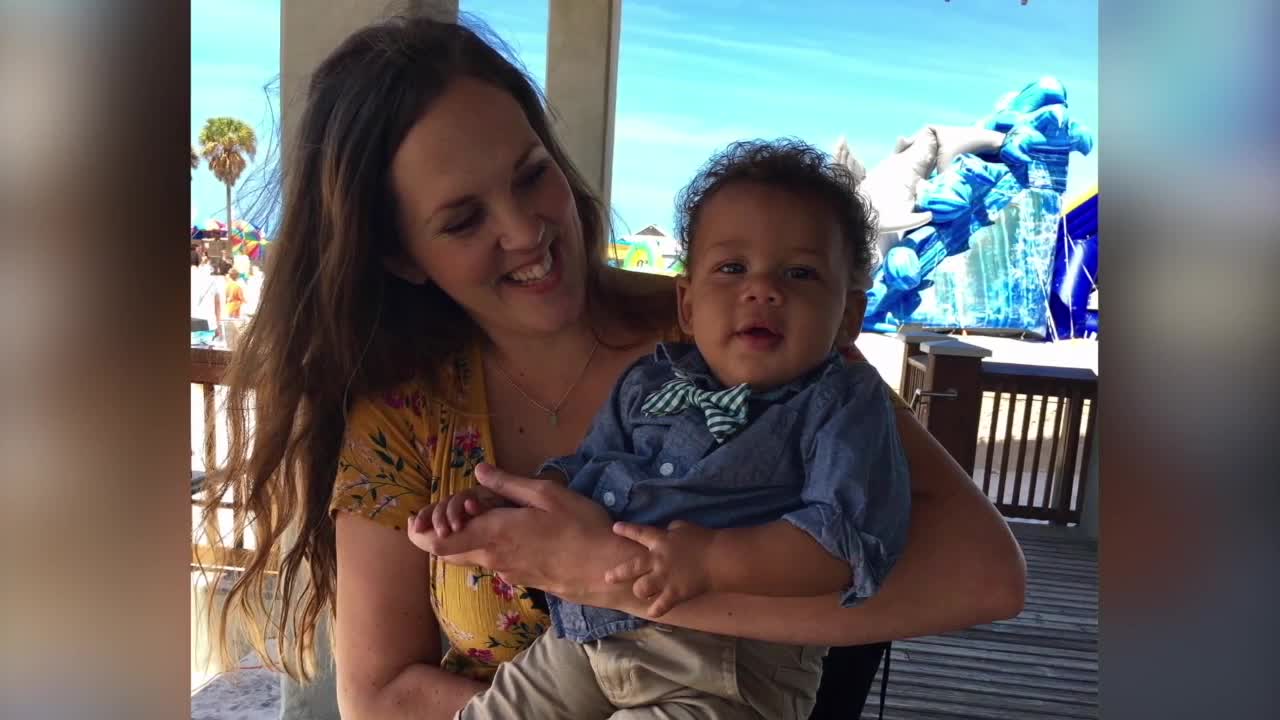 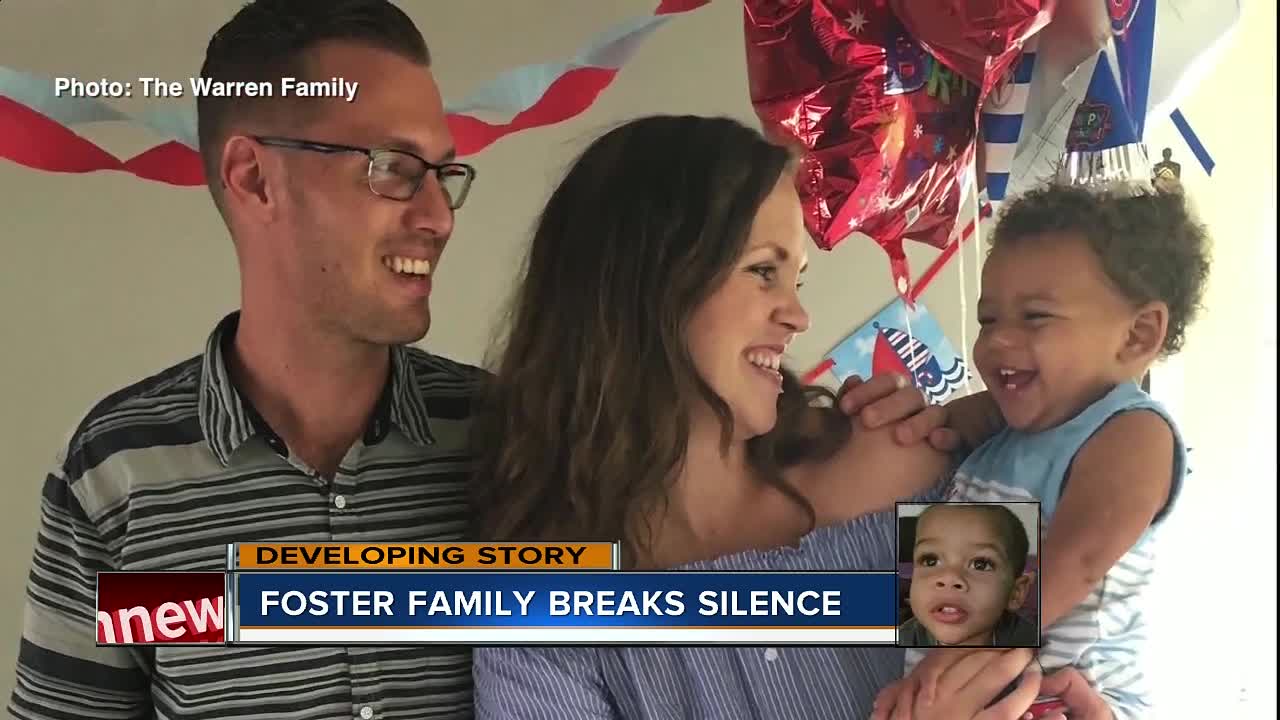 LARGO, Fla. — The foster parents of a 2-year-old boy who, police say, was killed by his biological mother after being returned to her custody say he was "failed by the system."

Sam and Juliet Warren are devastated by the loss of Jordan Belliveau, who was found dead on Tuesday afternoon in the woods near McMullen Road and Alt Keene Road in Largo.

"He wasn’t just the boy in the Amber Alert," Sam Warren said. "He learned to roll over in our house. I remember my mom helping him learn to crawl. Jordan learned to walk and talk in our family."

"Jordan was filled with joy," Warren added, as his wife struggled to hold back tears. "Most folks knew him as the Jordan that was laid back, with an easy smile and a twinkle in his eye. He was our ‘Mr. Chuckles.’"

They said their pain is amplified, knowing that if Jordan was still in their care, he would still be alive today.

On Tuesday night, officers arrested Jordan's biological mother, Charisse Stinson, 21, and charged her with first-degree murder in his death.

The Warren's said they loved Jordan and pray the system is re-examined and there are major changes to the foster care system.

"Jordan was failed by the system. He was failed by many people who would have protected him, but didn't. Promises that were made to us about how he would be protected after his return were broken," Warren said.

The Warren's hope Jordan's death will lead to better protection for children.

"Jordan deserved that and the other children in the system deserve that," Warren said.

Digging into court documents, ABC Action News discovered that Stinson and Jordan's father had a history of domestic battery. A Largo arrest report from July stated that Jordan's father drove the boy to Stinson's home, to exchange custody of Jordan. According to the report, Stinson "did not want the child yet," which caused an argument that became physical when the father punched Stinson.

A representative with the Florida Department of Children and Families told ABC Action News Jordan was never under the direct custody of the state— rather a private agency funded by DCF.  The representative also added the Pinellas County Sheriff's Office is in charge of child protection investigations in the county, as well as death investigations.

The Largo Police Dept. confirmed, Wednesday afternoon, a Directions for Living caseworker visited the Stinson apartment the day before she reported him missing.

"We are devastated to learn the tragic details of this case as they have unfolded. We grieve alongside Jordan's family and our community as we process this heartbreaking information. Directions for Living is working in partnership with Eckerd Connects, the Department of Children and Families and the Pinellas County Sheriff’s Office on this case. We are unable to provide any further details at this time, as this is currently an open investigation with the PCSO."

Eckerd Connects, the overseeing body of Directions for Living, released the following statement:

“We are heartbroken by the news of Jordan’s death and will continue praying for peace and comfort for this family and all those who loved Jordan. The local child welfare system has been involved with this child and family and there is an open investigation through the Pinellas County Sheriff’s Office’s Child Protection Investigation Division. The Department of Children and Families has initiated an internal review of this case and we will be working with DCF to release information as it becomes available.”