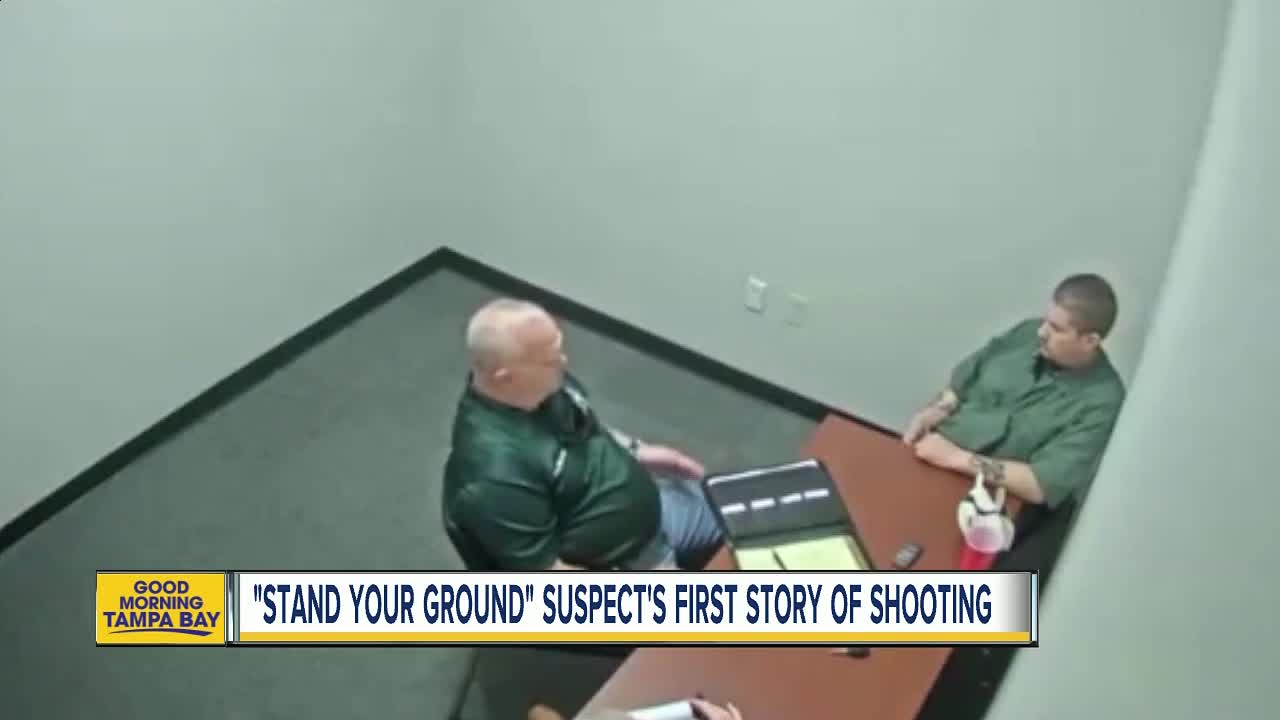 The Sheriff's Office released video of a 6-hour long interview with Michael Drejka after he fatally shot Markeis McGlockton. 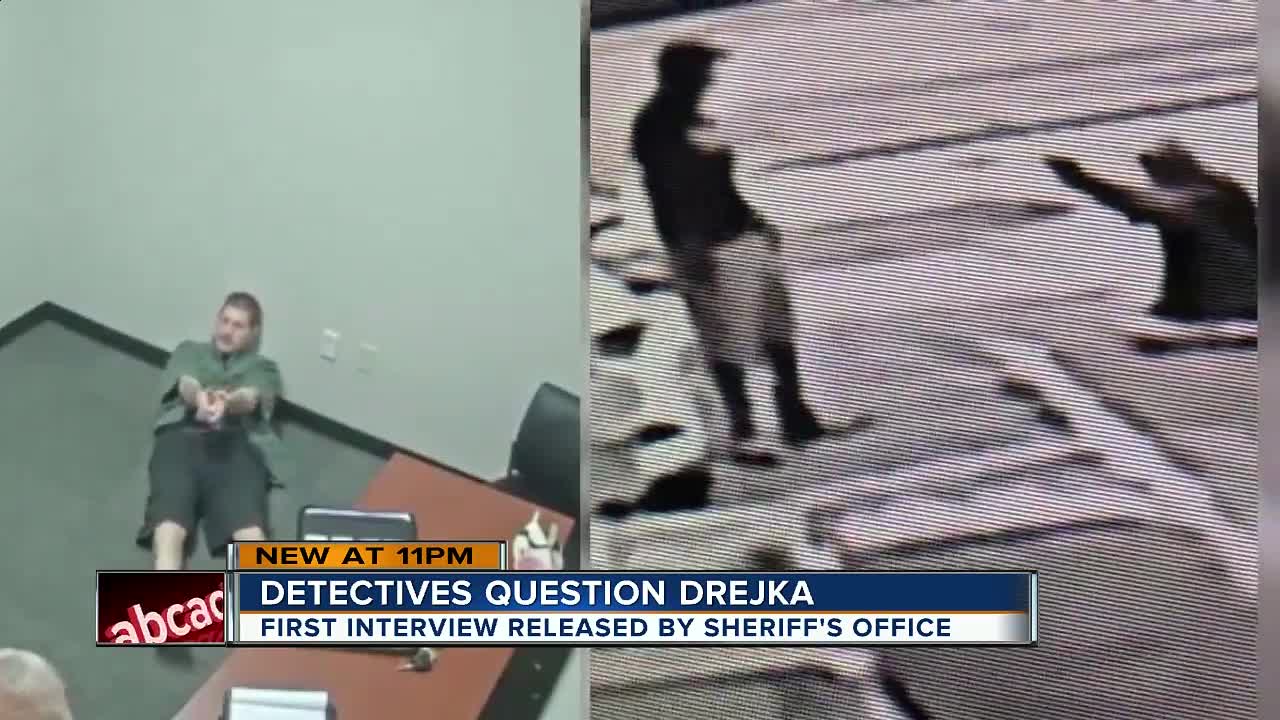 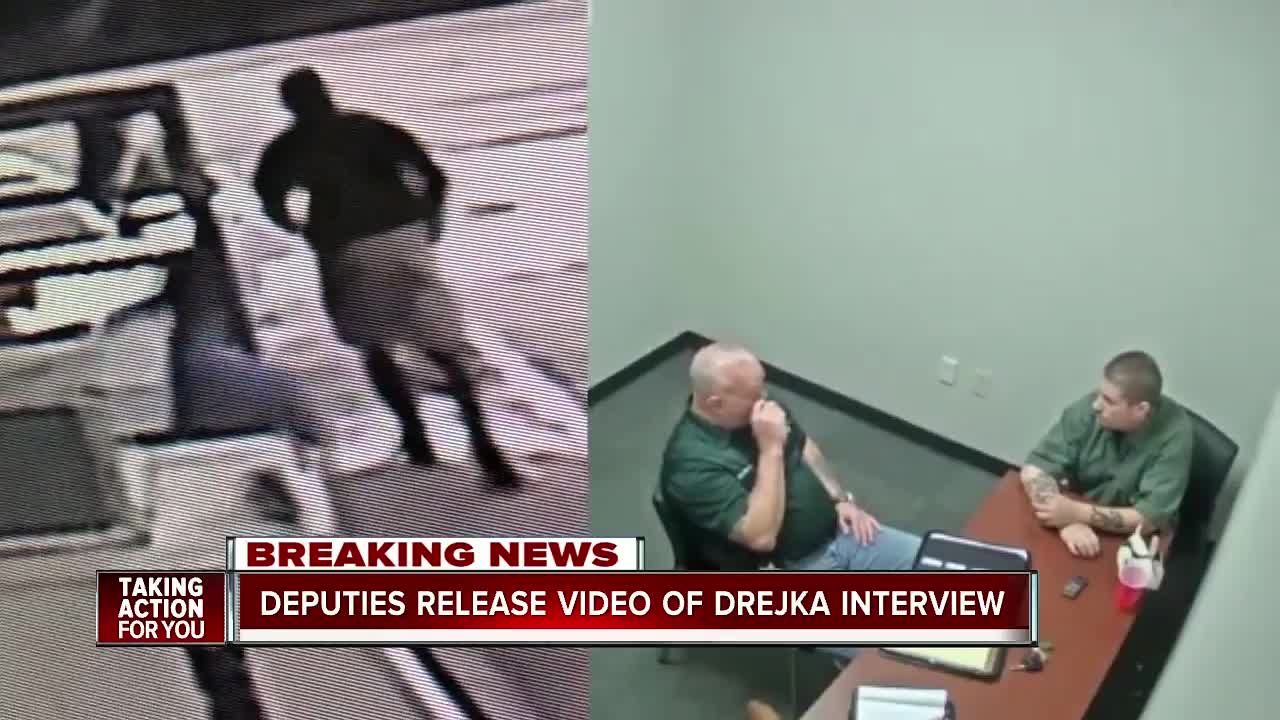 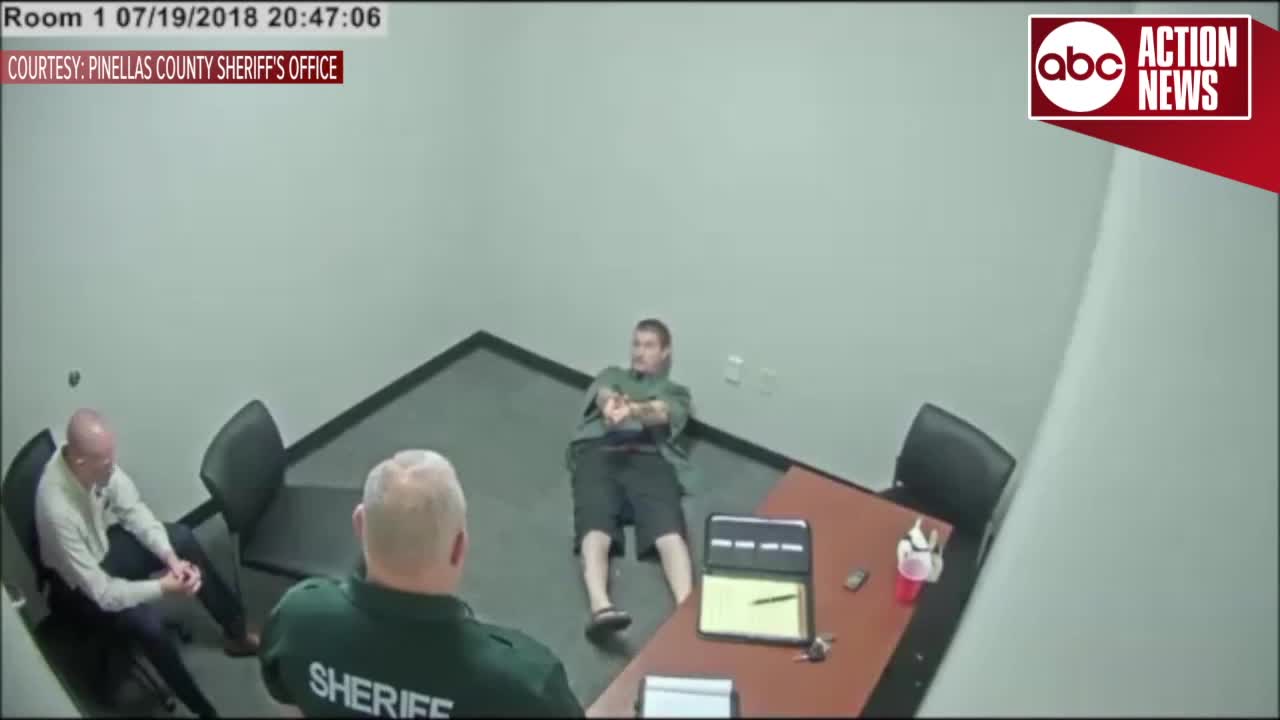 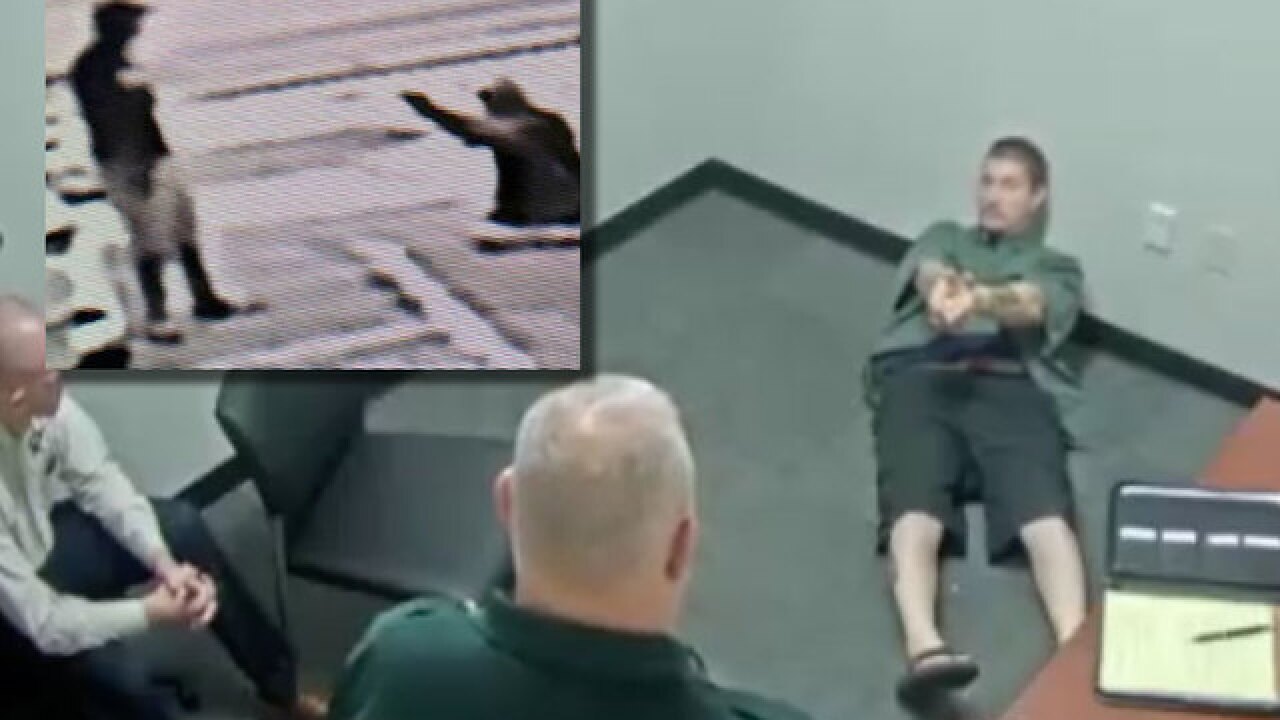 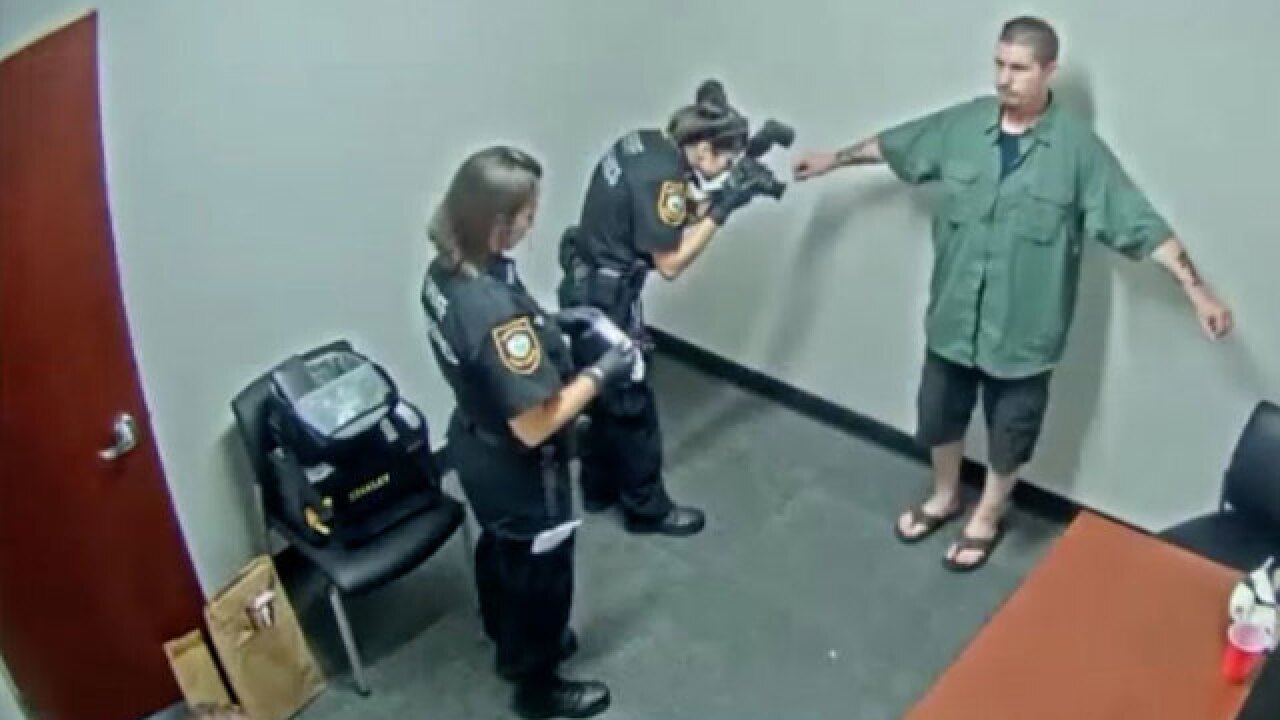 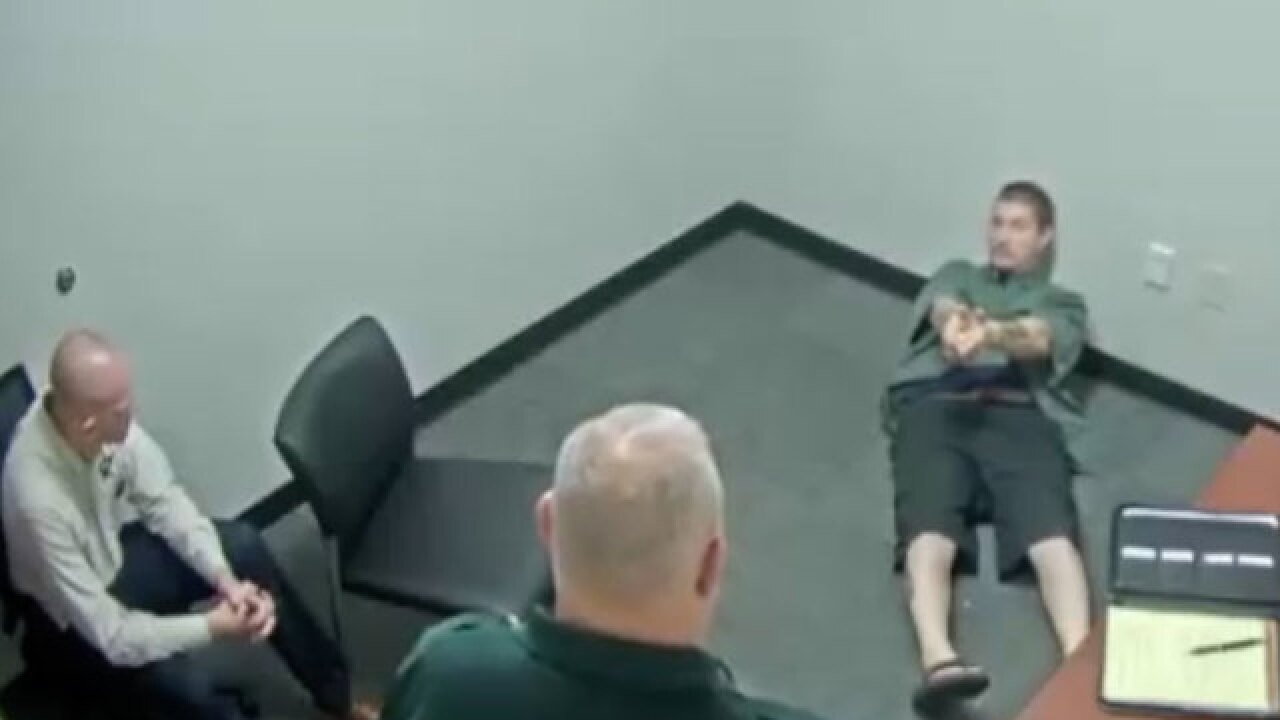 WATCH PART OF THE INTERVIEW HERE:

In the interview, deputies ask Drejka to take him through what happened.

Here's some of what Drejka had to say in his own words:

Deputy: Before you fired the gun, did he make any threats toward you?
Drejka: I never heard a word.

Deputy: So he didn’t say, I'm gonna kick your a** or anything?
Drejka: I never heard a word of anything. Once I got hit, I only heard was her and I never heard him, until he was shot and then he started saying things.

Deputy: What did you hear her say?
Drejka: Screaming.

Deputy: He doesn’t make any statements, 'I’m going to come kick your a**?'
Drejka: No, negative. Didn’t say a word to me.

Deputy: So he made no threats that he was going to come finish his job?
Drejka: It was an assumption definitely.

Deputy: Ok, so you just assumed he was going to do that?
Drejka: Any smart person would.

Drejka: Neutralize, just one hit, there’s no reason to…
Deputy: What do you mean neutralize? Can you elaborate?

Drejka: Neutralize the immediate threat. I had no reason to go overboard. I shoot to save my own a** and that’s that.

Detectives told Drejka during the interview McGlockton had passed away.

"I just want to tell you this, you know? Just to let you know, the gentleman you shot is deceased," said a detective.

"Huh. Thank you for telling me. Nobody else would give me word on that," Drejka responded.

Drejka argued "stand your ground law" just before his interview with detectives ended. He told detectives, "Other than the stand-your-ground thing, and I did exactly what I thought I was supposed to be doing at the time considering what was happening to myself, no, sir, I don't have anything else to say."

Drejka was released by the Pinellas County Sheriff's Office following the interview under Florida's controversial "stand your ground law." The case sparked nation-wide attention because McGlockton was not armed when he was fatally shot. After the case was reviewed by the State Attorney's Office, Drejka was charged with manslaughter.