Where are they buried? Dozens of lost graves not matching Hillsborough County cemetery records 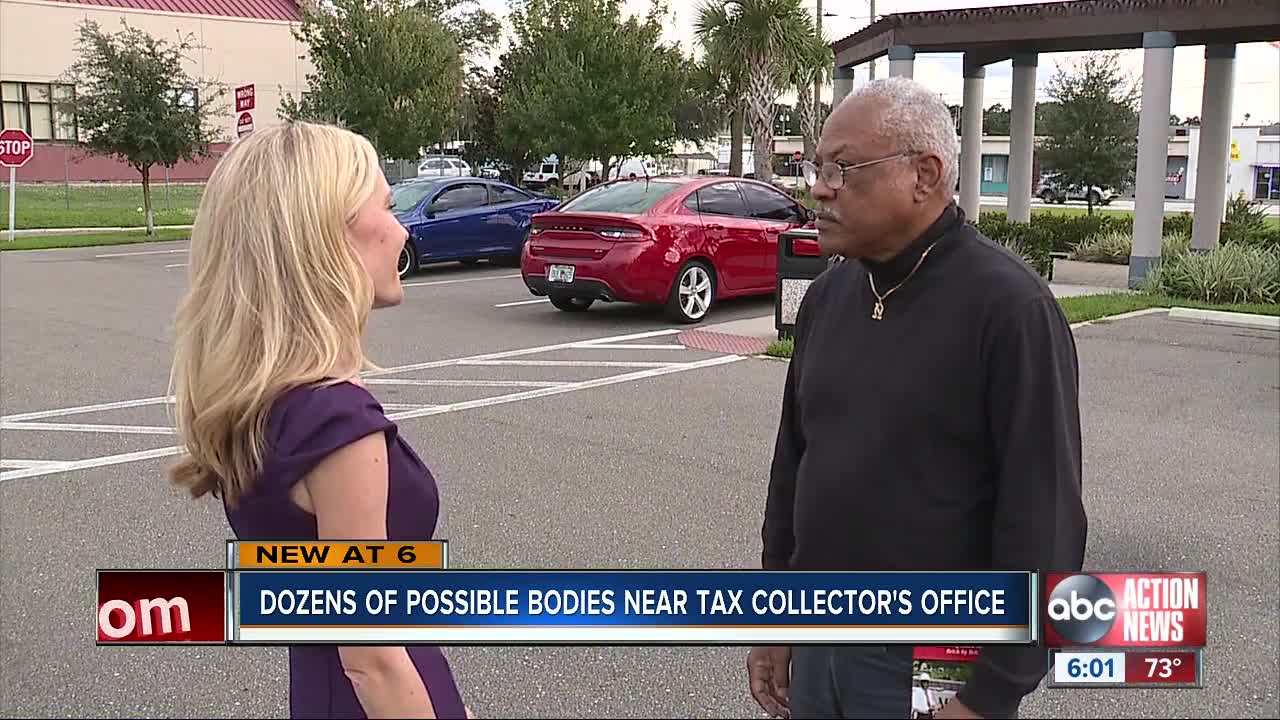 Searching for the truth about a century-old mystery, are there more indigent bodies outside a Hillsborough County cemetery? 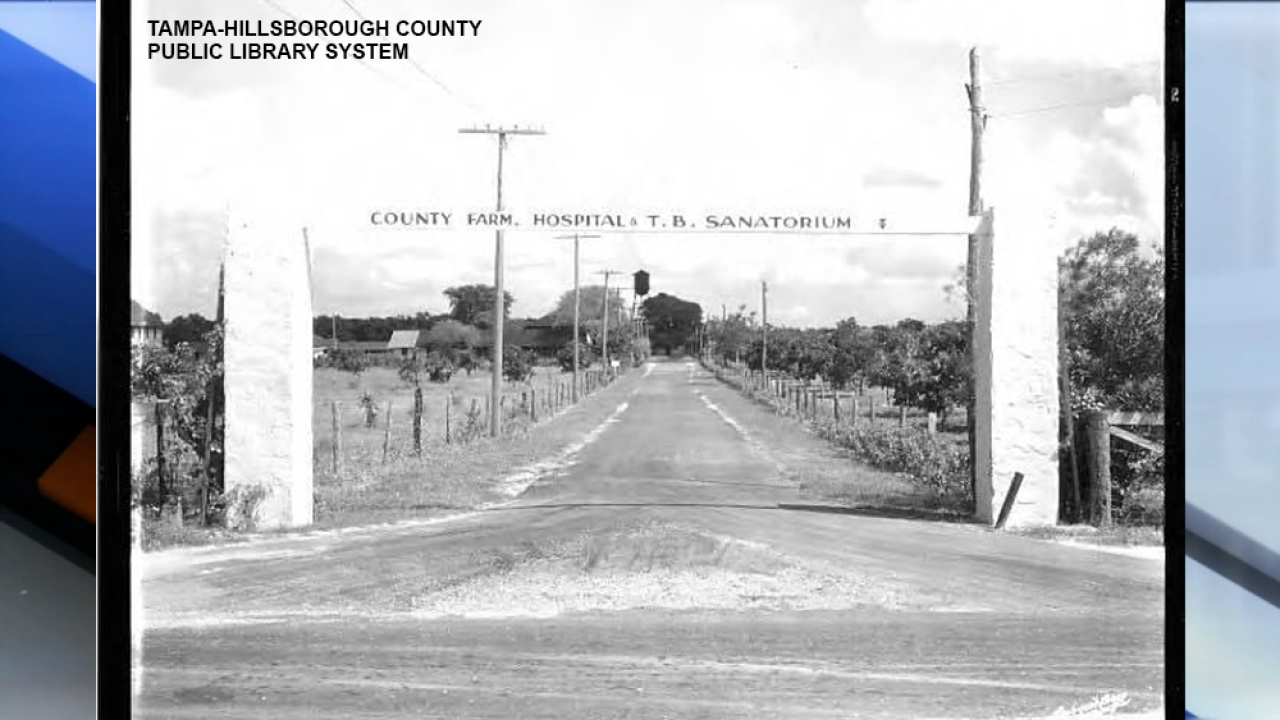 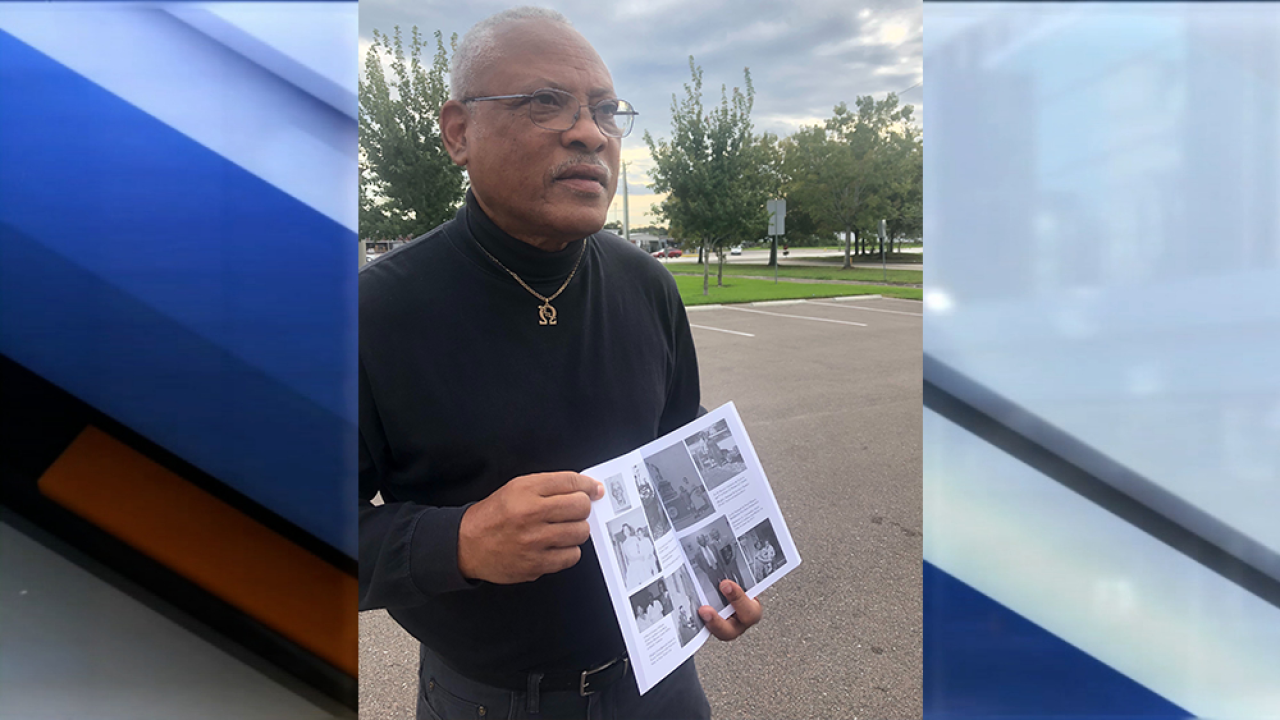 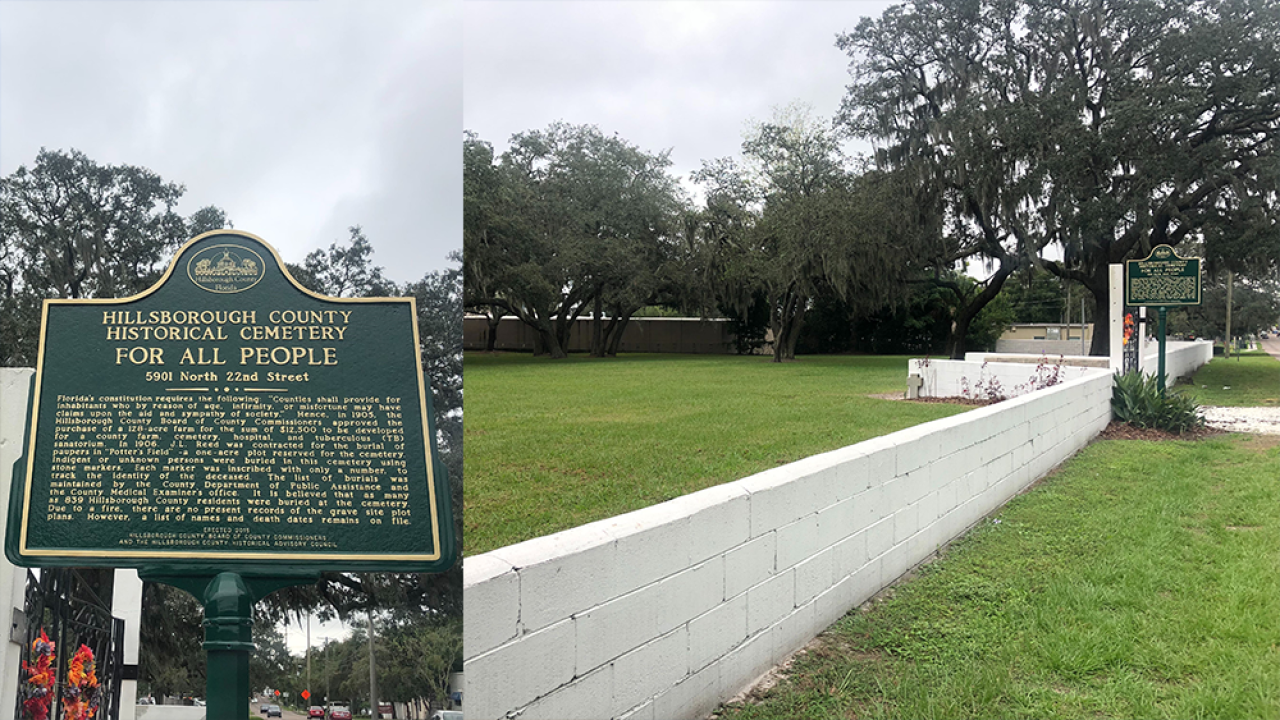 HILLSBOROUGH COUNTY, Fla. -- Searching for the truth about a century-old mystery, are there more indigent bodies being buried outside a Hillsborough County cemetery?

What we found through genealogy sites and findagrave.com was there are dozens of names buried at the County Cemetery in the 1930s that are not being accounted for.

Historians tell ABC Action News that in the 1930s, the county owned a hospital and cemetery in the same vicinity of east Seminole Heights.

The hospital was for poor and needy people, as well as African Americans.

According to Hillsborough County archives, they know at least 839 people are buried at the cemetery now called the Cemetery for All People.

Ray Reed, of Tampa, helped bring attention to this area years ago. Eventually, the county added a historical marker, and has since protected the cemetery with a gate and chain blocking the entrance.

However, years later, before county commissioners, Reed claims thousands are still buried under the land around the cemetery around 22nd Street and Hanna Avenue area as well as along Hillsborough Avenue, under part of the parking lot of the Hillsborough County Tax Collector’s office.

Doug Belden, telling ABC Action News his office will cooperate with any investigation into the possibility of burials under the parking lot, towards Hillsborough Avenue.

Belden said the tax collector’s office is not county land but state land that they lease.

Years ago, when Belden’s office moved forward with the construction of the new office, his office had to do a thorough review of history records. He said there was no historical significance at this time.

According to Reed, who has gone through four years of history archives through the state, and county, the cemetery was for white people, so where are the African Americans that died at the county hospital?

Historian Fred Hearns tells ABC Action News that the county had a large plot of land in east Tampa for the cemetery and the hospital.

He said, during the 1930s, during segregation, blacks and whites would never have been buried together.

“It doesn’t sound far off at all, I was a little surprised when I learned of it, but I guess I shouldn’t have been,” said Hearns.

Hearns said if the bodies are not buried here along Hillsborough Avenue, they likely are not far.

ABC Action News went through sales deeds, more than a century ago, that show when the county bought the cemetery AKA County Farm in 1905 it was 128 acres.

“This may not be the last African burial ground that we find,” he said, “it seems the more we look, the more we find them.”

Hearns said with recent revelations of graves under housing at Robles Park and the possibility of more at King High School, he thinks one large committee needs to be formed to search for the truth.

Hillsborough County Administrator Mike Merrill was asked by county commissioners to come up with a plan on how to do an inventory of county land to see if records will reveal possible lost or forgotten cemeteries.

Merrill was given until January to come back to commissioners.

However, we asked Merrill’s office why are they waiting if they know a possible location now.

In a statement to ABC Action News, the office said,

"Hillsborough County is moving forward with Board of County Commissioner’s directive from their regular Board meeting on November 6, 2019 to determine if the County’s extensive inventory of properties includes land which may have once been used as burial sites.

A plan and recommendations from staff are due to be presented to the Board in January 2020. County staff has already begun reviewing documents, including those provided by the Hillsborough County Tax Collector’s office as part of developing a strategic, responsible approach to this important mission.

This is a large and complex task that we are approaching thoughtfully, methodically, and with all deserved sensitivity. As we research the records of land owned and controlled by Hillsborough County, it is vital that we remain good stewards of the public’s trust."

Reed still wants to know why are they inventorying just currently-owned land, what about lands that was gifted, or sold from the county?

ABC Action News reached out to state officials in Tallahassee and we received the following statement in part:

"The department does not have a record of a cemetery at that location."