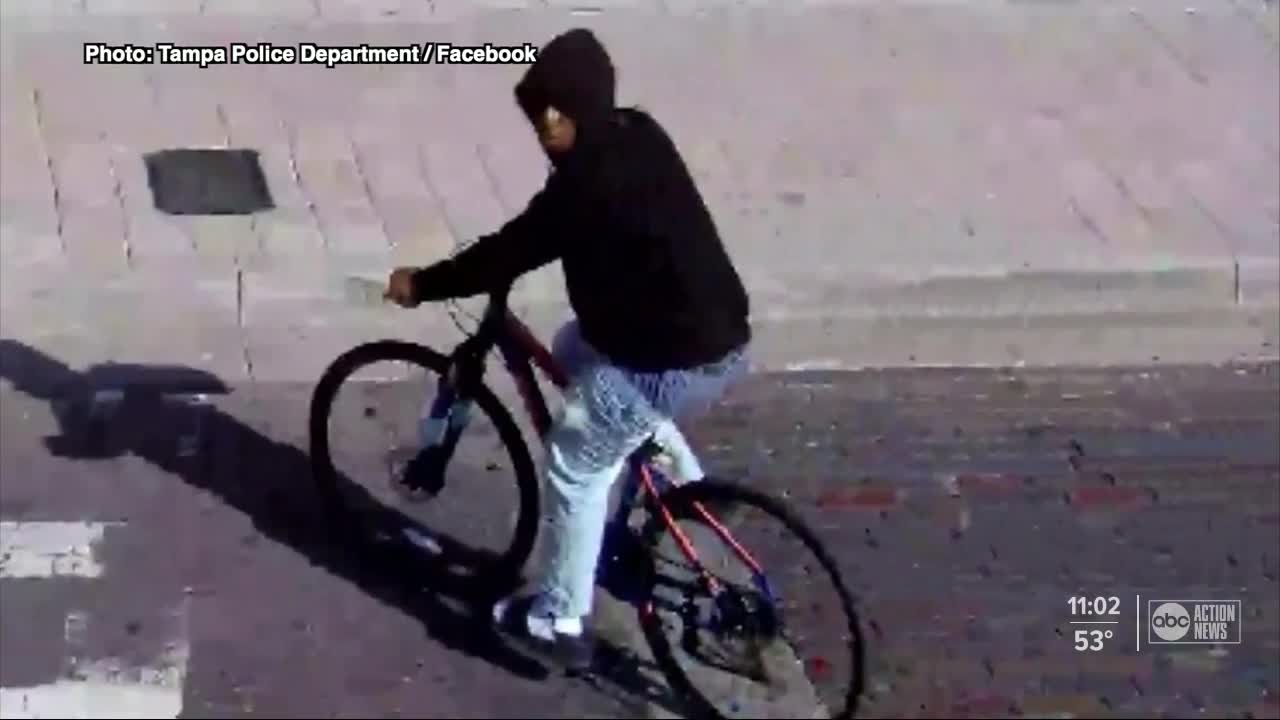 Police are asking for the public's help in locating a man suspected of robbing people in two separate incidents in Ybor City. 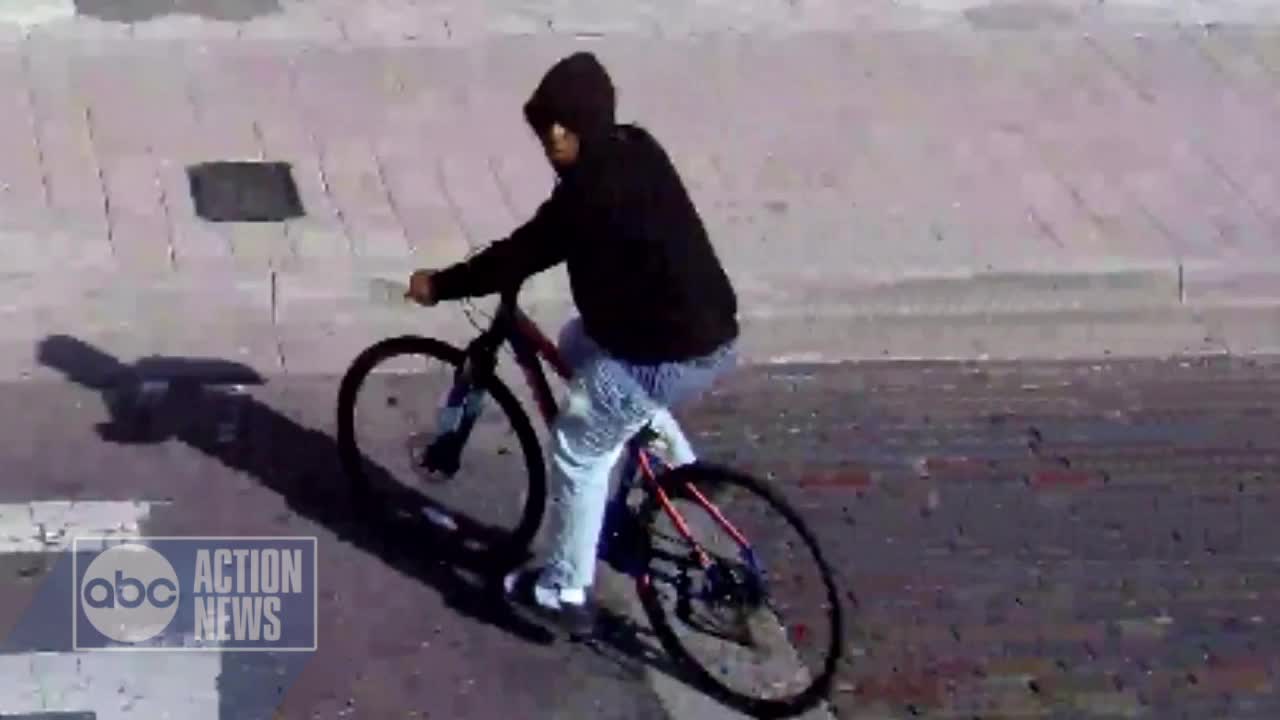 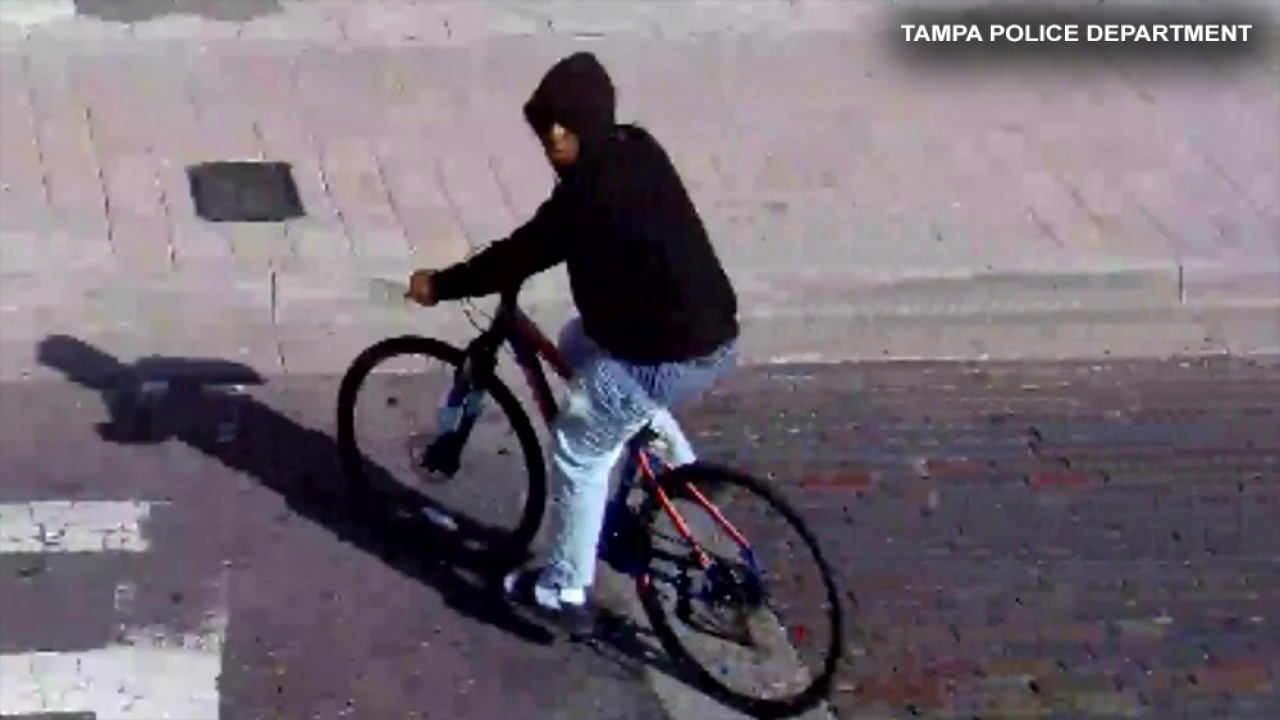 TAMPA, Fla. — Police are asking for the public's help in locating a suspected armed robber.

According to the Tampa Police Department, a man is suspected of pointing a gun at two people on the second floor of the Palm Avenue Parking Garage and demanded money.

One of the victims tried to wrestle the suspect's gun from him but the suspect eventually left the garage on a bicycle.

"This morning I came in later than everyone so I came by myself," said Karlie Gallagher. "My heartbeat went a little quicker," said Gallagher.

Gallagher says her boss alerted them about the unknown suspect via email Wednesday. She and others are taking precautions to stay safe

"When I left today I actually left with a co-worker so that we’d walk together because neither of us wanted to walk to our car alone," said Gallagher.

Tampa Police believes the suspect may have also robbed a business near the intersection of 19th Street North and 7th Avenue East. He is also possibly connected to a third incident that happened in the parking lot behind Gaspar's Grotto and Acropolis Greek Taverna in 1800th block of 7th Avenue East.

In the third incident, the suspect reportedly followed victims walking to their vehicle and then demanded property from them. The suspect, again, left the parking lot on the bicycle.

Anyone with information on the suspect is asked to call Crime Stoppers of Tampa Bay at 1-800-873-TIPS.