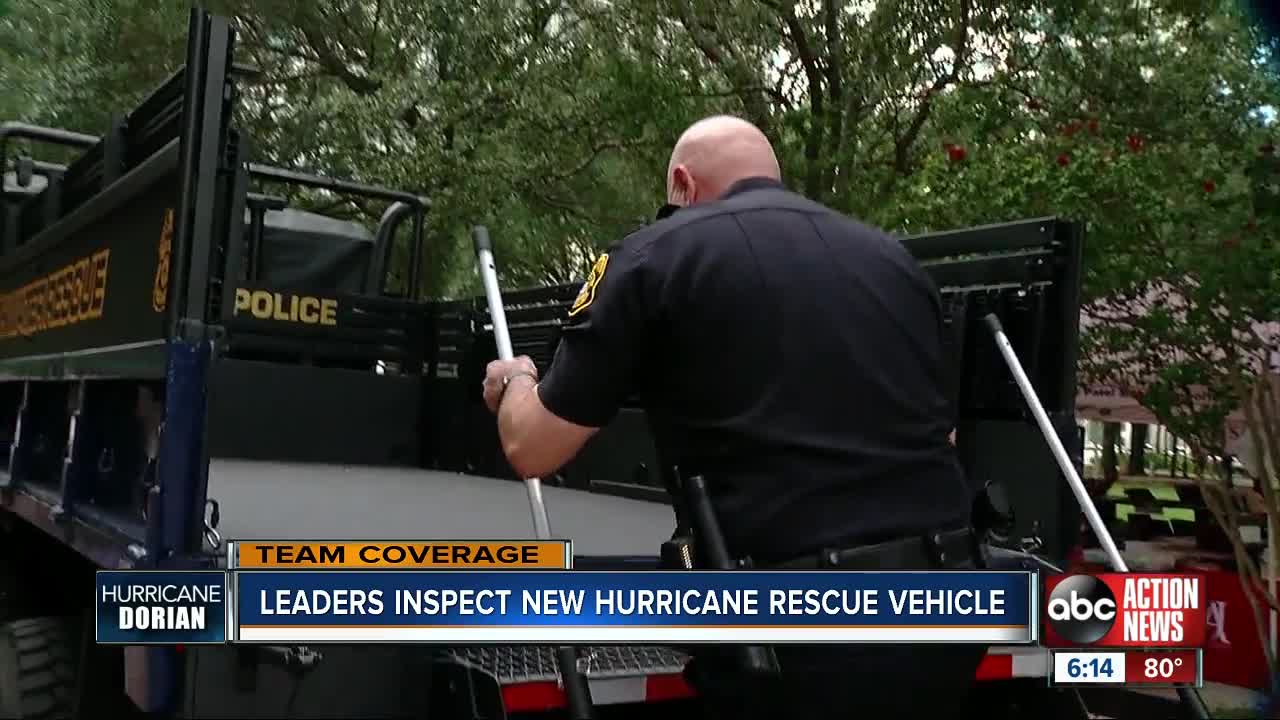 As Hurricane Dorian churns in the Atlantic, the Tampa Police Department has added a 5-ton military vehicle to its fleet with the ability to rescue folks in high water situations. 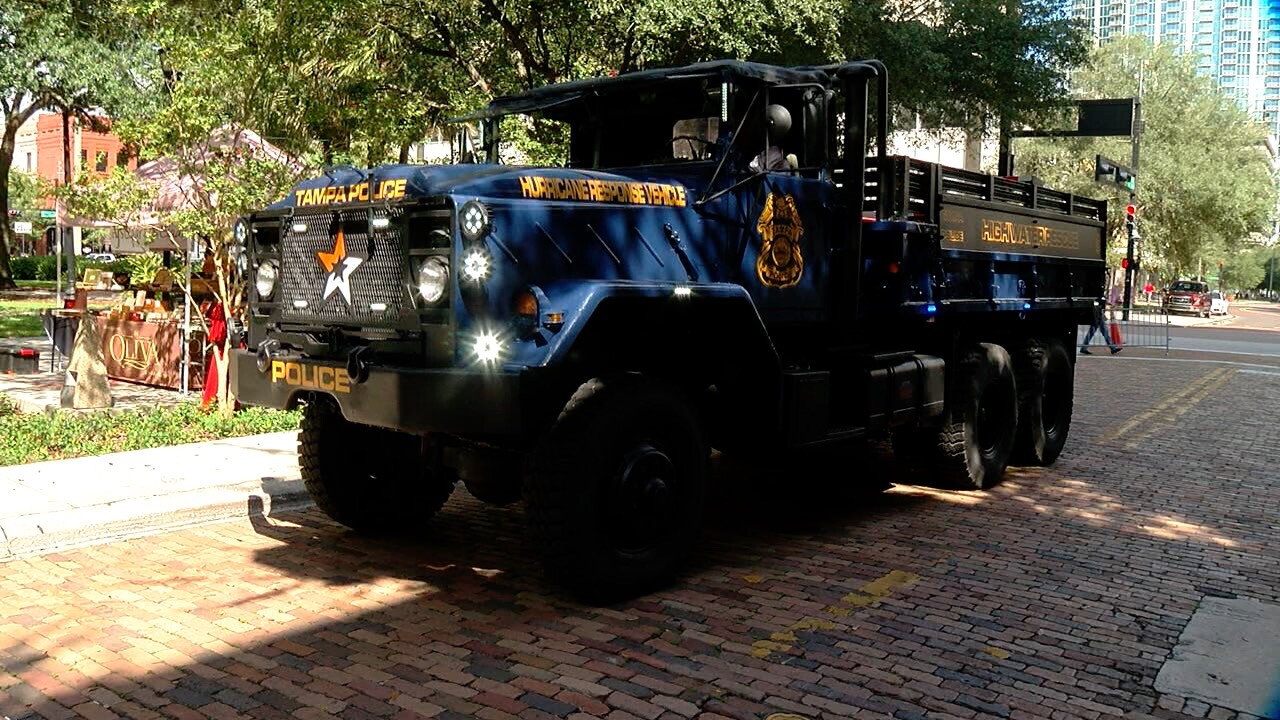 TAMPA, Fla. -- As Hurricane Dorian churns in the Atlantic, the Tampa Police Department has added a 5-ton military vehicle to its fleet with the ability to rescue folks in high water situations.

It has the ability to plow through four to five feet of water and is bringing a peace of mind to TPD.

"I felt through Irma it was a concern of mine, the ability to respond to flooded areas,” said TPD Chief Brian Dugan.

Now, they can load about 30 people into the back and bring them to higher ground if trapped in rising water.

"You could evacuate a block in a neighborhood potentially just in a few trips,” said Chief Dugan.

It’s the newest vehicle being added to the fleet and cost the department about $5,000. It will serve alongside the Tampa Police Department Mobile Command Unit.

"We’re always assessing our ability to respond to emergencies,” he said.

Mission BBQ spent its own money to completely refurbish the truck and add a fresh coat of paint, install fans in the cab, and reline the back.

Mayor Jane Castor and Chief Dugan hope we won’t need to use it this time around.

"Fortunately we haven’t been hit in the Tampa Bay area,” said Castor. "We’ve had the luxury of sending teams out to help other areas that have been hit and we are able to bring those lessons learned back to our city.”

Both Castor and Chief Dugan says folks still need to heed warnings and get prepared ahead of the storm.