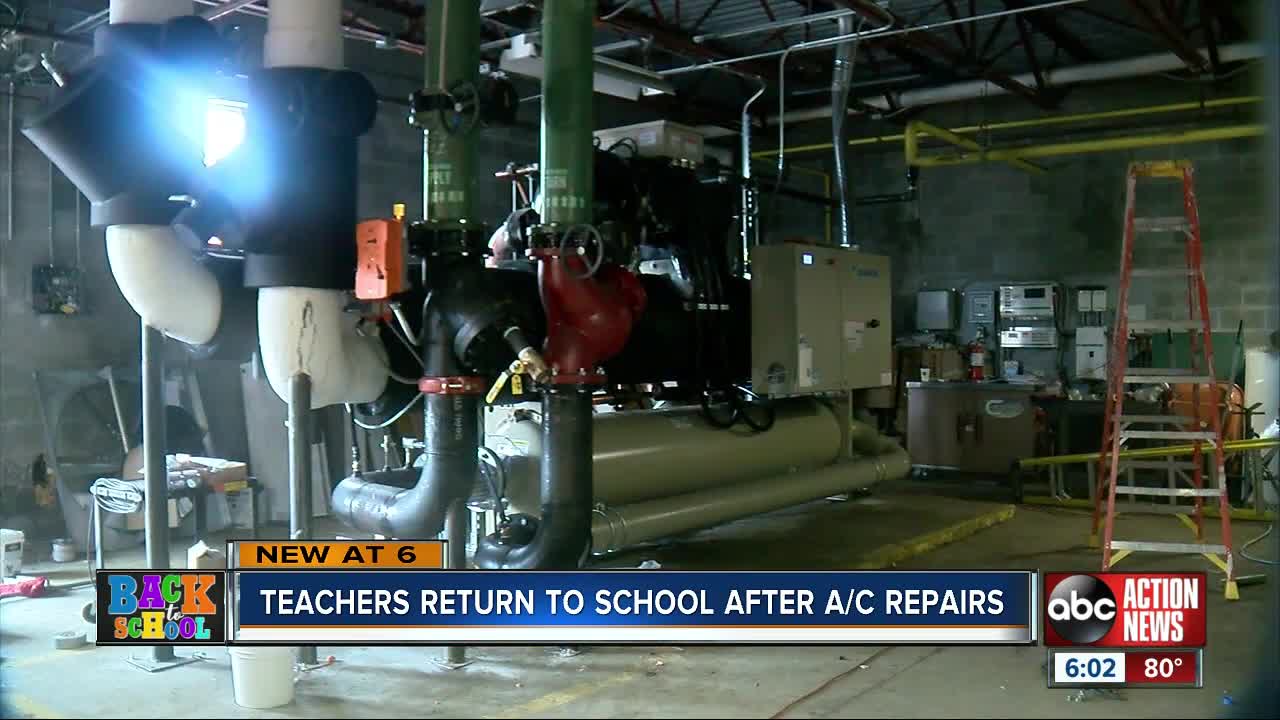 21 schools are having their air conditioning units replaced or overhauled over the summer. Story: https://wfts.tv/2KdnShR 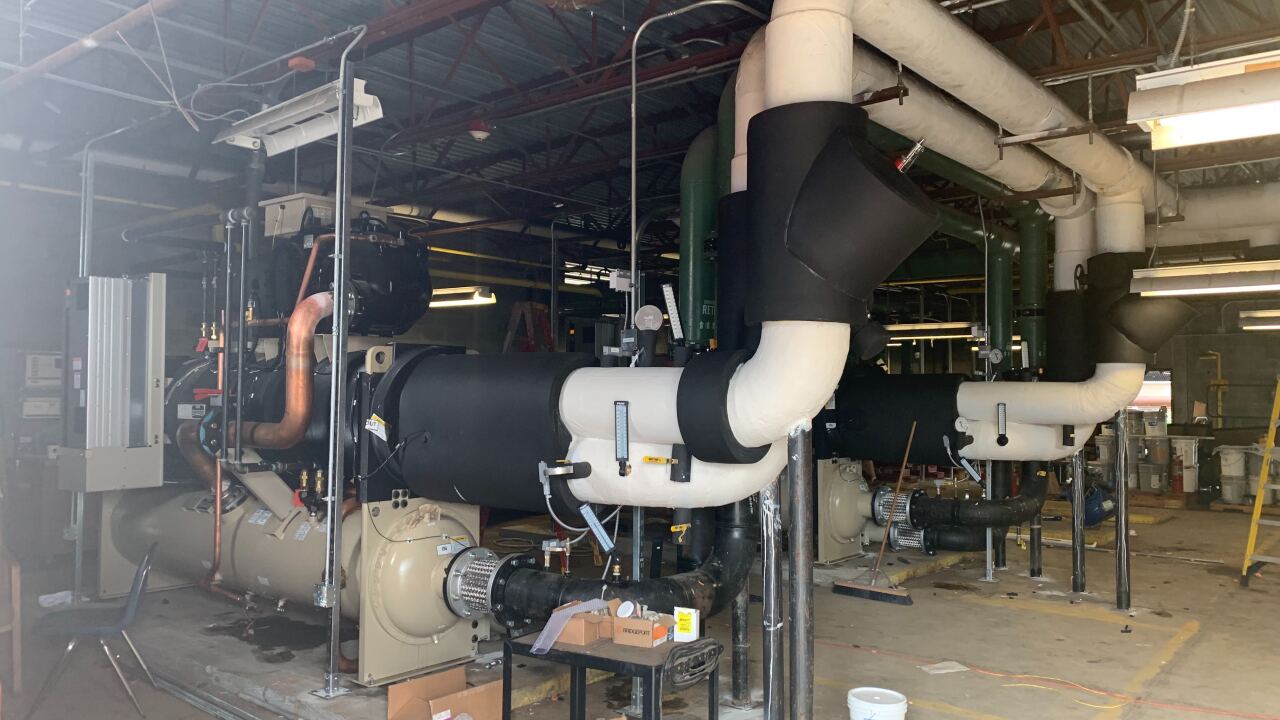 HILLSBOROUGH COUNTY, Fla. — School begins Monday in all Hillsborough County Public Schools. Some students will be welcomed back with cooler air.

Walker Middle Magnet School was one of 21 schools to have new A/C united installed over the summer. Crews put the finishing touches on it while teachers worked to set up their classrooms.

BACK TO SCHOOL | Everything you need to know

He worked on setting up his classroom alongside teacher Cassie Schroeder.

"It's really nice," she said of the cooler air.

Thanks to the half penny sales tax referendum, the district says a total of 203 schools will get new A/C during the 10 year referendum. About 20 will get the air conditioning replaced or overhauled each summer. A district spokesperson said the average cost to replace A/C systems ran around $3 million for an elementary school, $5 million for a middle school and $7-$12 million for a high school.

"It's really nice, it's a nice relief to know that we know every day in August and in May when it's really hot, that we're gonna have an environment conducive for learning," Schroeder said.

The district said crews are also redoing roofs at 12 schools this year, with a plan of replacing 63 aging roofs total. In addition, the district says playgrounds will be replaced, dozens of painting projects will be completed and at least $1 million will go toward school security improvements this year.

In total, the district estimates over the next 10 years more than $1.3 billion will be invested into schools, with at least $500,000 invested in each school.