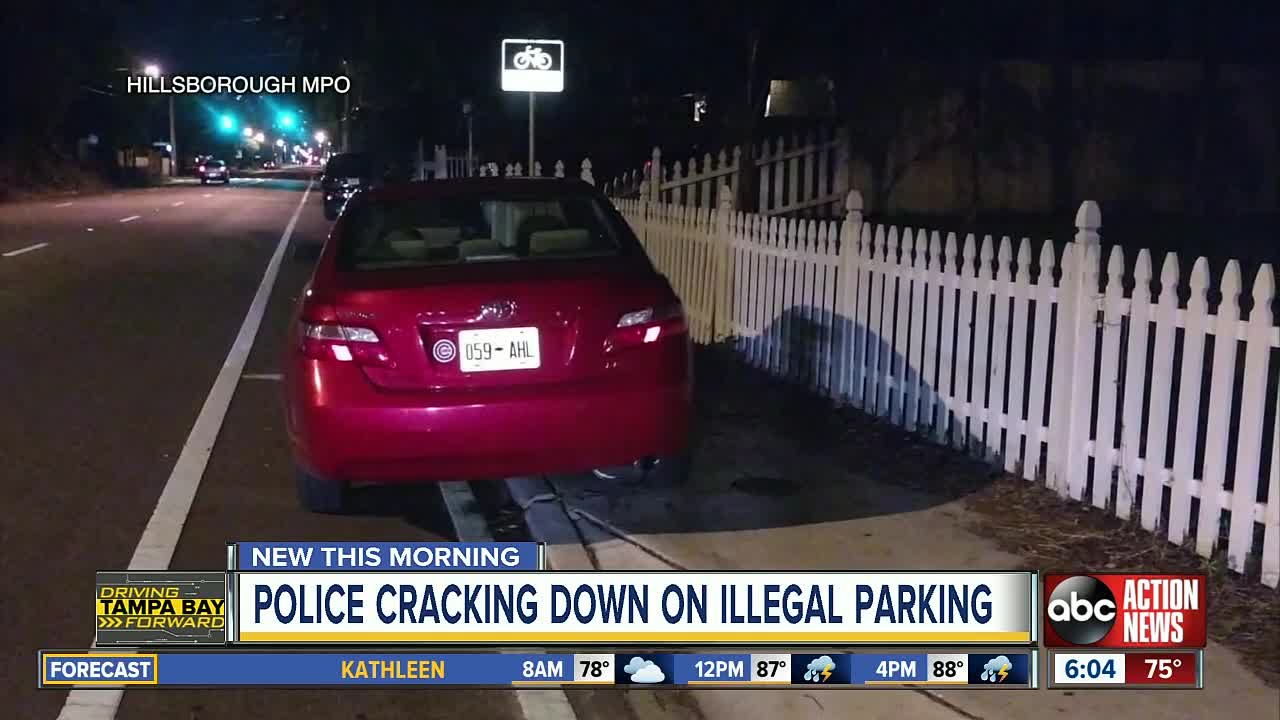 Tampa Police said officers have responded to more than 1,700 calls about illegal parking so far in 2019. Of those, 112 involved vehicles parked on the sidewalk and 14 involved parked vehicles obstructing bike lanes. 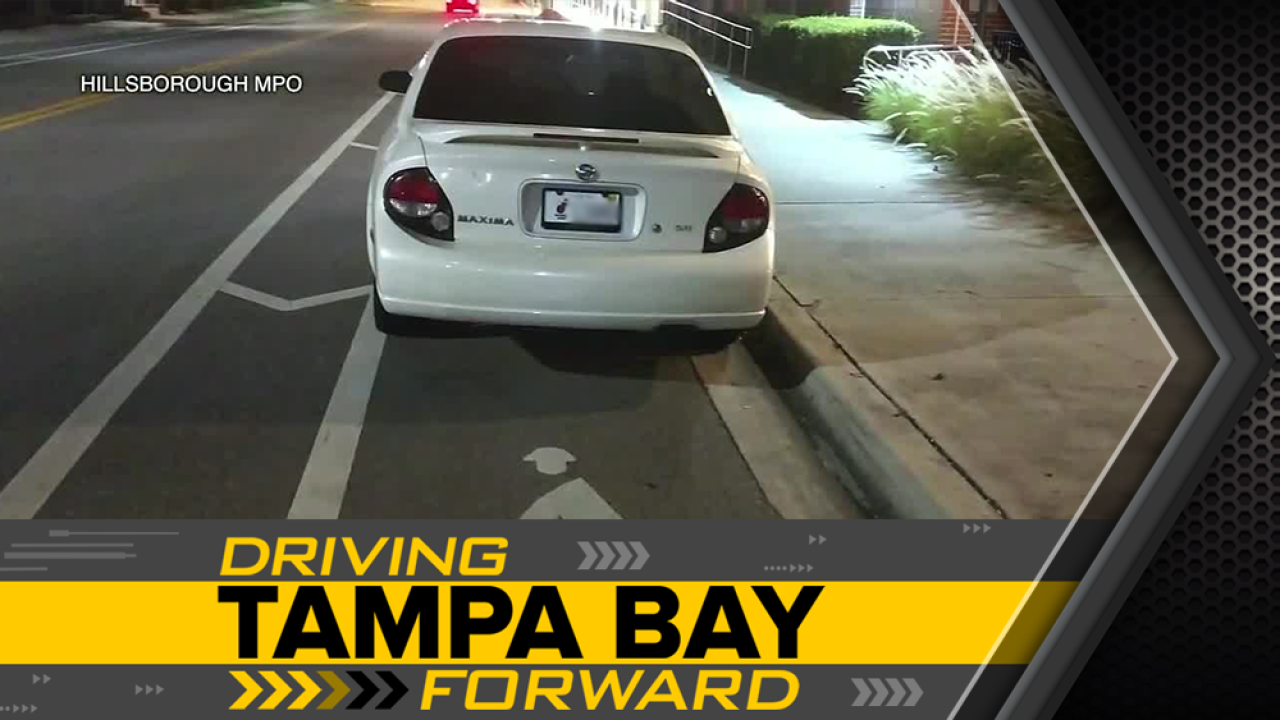 TAMPA, Fla. — Transportation leaders are now getting a much better idea of how often cyclists are dealing with blocked bike lanes and sidewalks.

In a letter to Plan Hillsborough, the Tampa Police Department said officers have responded to more than 1,700 calls about illegal parking so far in 2019.

Of those, 112 involved vehicles parked on the sidewalk and 14 involved parked vehicles obstructing bike lanes. Of the 14 calls related to bike lanes, eight of those were in February alone. In the majority of the reports, the calls were anonymous, according to Eddy Durkin, a public information officer with the Tampa Police.

However, Tampa Police said their records management system doesn’t track how often these calls have resulted in a citation being issued. The system also does not track repeat offenders.

Tampa Police said they are not aware of any specific location in the city where parking on sidewalks or obstruction of bike lanes is a constant problem.

However, in some neighborhoods like West Tampa, there have been reports of garbage cans blocking sidewalks. But residents are saying in some cases, it’s been a tough problem to correct.

RECOMMENDED: Why putting your garbage can in the bike lane isn't very nice — seriously, it's a problem

“Green Street neighbors have not only lost property and parking but they have endured 50 years of interstate expansion, noise pollution From cars and motorcycles and litter from drivers and walkers alike. Let us also mention damage to their homes from pounding and vibrations every time FDOT wants to pour concrete and tear us down. As much as we agree with not putting your garbage can in the bike lane (and we can remind them)...Green Street neighbors are constantly burdened with traffic/pedestrian/bike trends and expansion. Had they placed them in the sidewalk someone using the sidewalk would have also complained. Green Street can’t seem to win. We would have been happy to ask our neighbors to do better.”

Officers are now encouraging people to call the Tampa Police's non-emergency report line when they see a bike lane or sidewalk blocked at 813-231-6130.

“Taking a picture to post to social media will not correct the issue, but if we are informed about it by the community, we can team up to correct the issue before it becomes ongoing,” Durkin said in an email to ABC Action News.

Tampa Police recently applied for and received a grant to help pay for increased enforcement efforts related to pedestrian and bicycle safety.