Victim hopes someone will recognize man on video 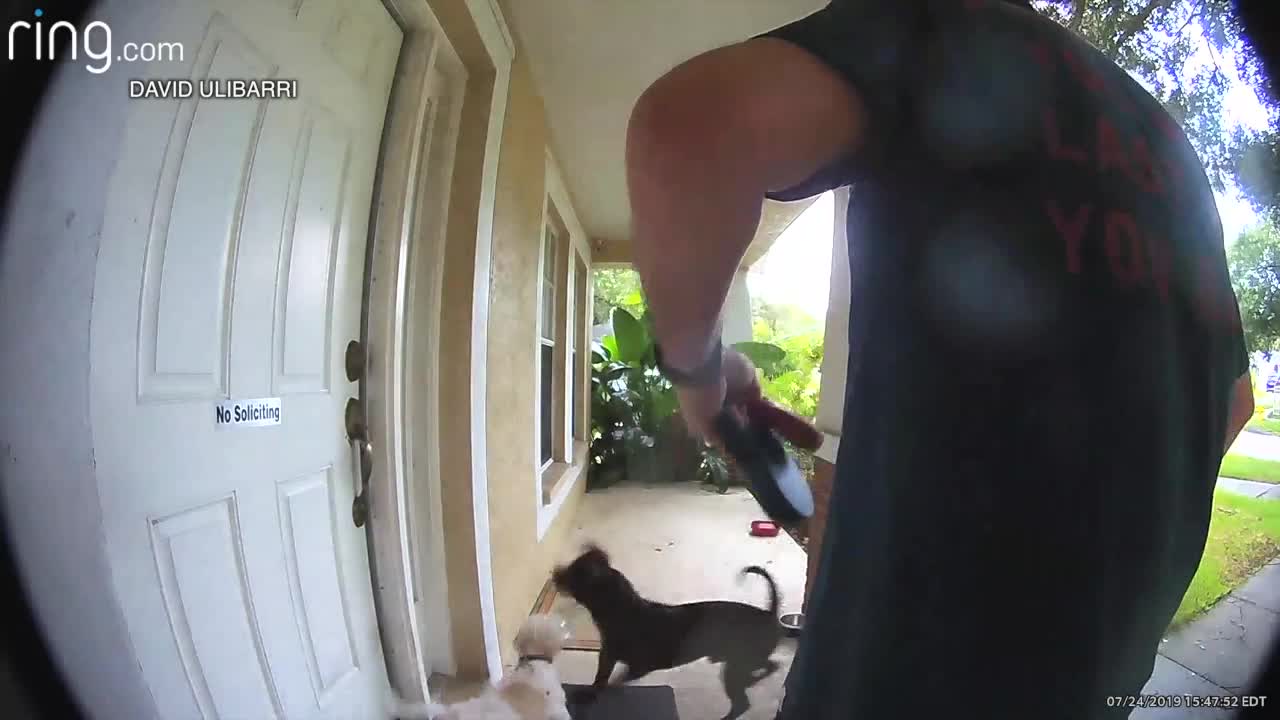 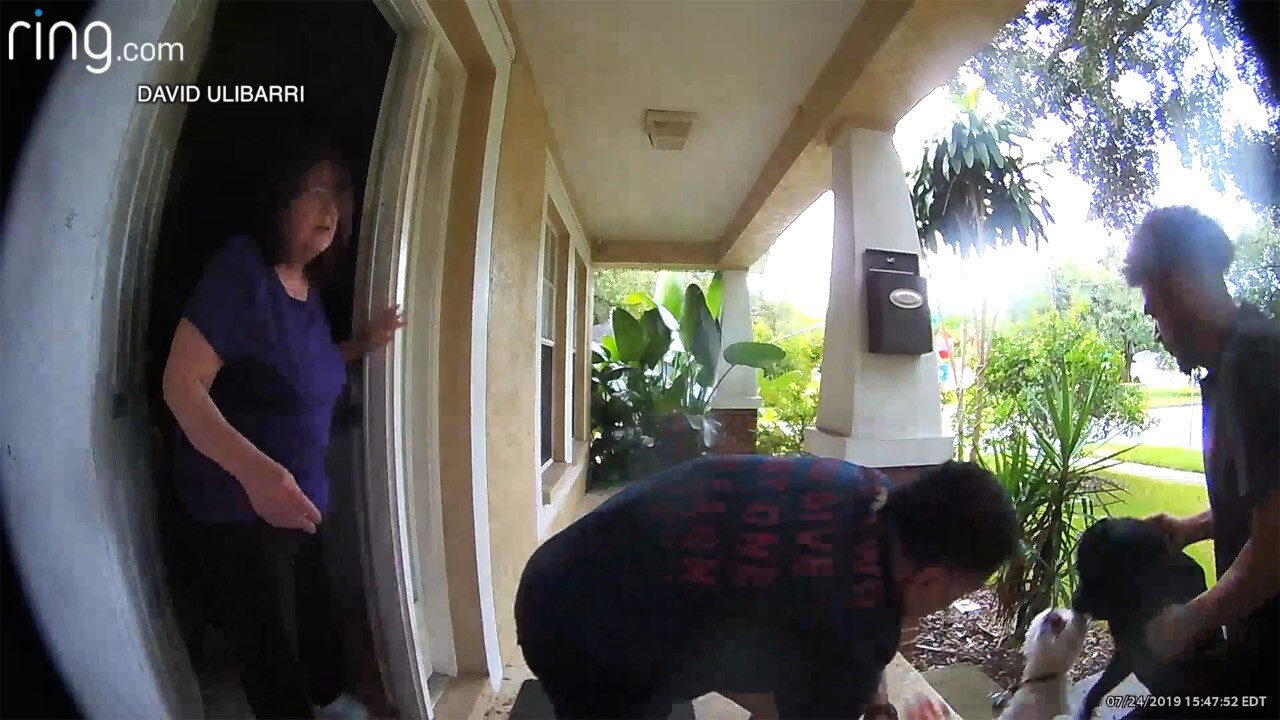 TAMPA, Fla. –– A family's doorbell surveillance system captures a scary moment as a loose dog attacks the homeowner's pets. The intense encounter forced the homeowner to get a shot, pay more than $200 in medical bills and left him wondering who the stranger is caught on his Ring camera.

David Ulibarri was stepping outside his Tampa Heights home to take his small dogs out for a walk when a larger dog comes running into his yard and heads straight for his dog named Gizmo. Ulibarri tries to separate the dogs and after a couple of seconds the dog's owner comes running to the porch. He drags his dog away.

Ulibarri's mother asks the stranger, "Do you not have your dog on a leash?" and he responds "No, he was on a leash but I let him go because it was choking him."

Gizmo was left with a gash under his eye and bite marks. The dog is on antibiotics.

"The vet said that if he'd [Gizmo] been a little bit closer he would have lost his eye," said Ulibarri.

Ulibarri was bitten and had cuts and nicks. He asked the stranger whether the dog had its rabies shot but the man responded that he didn't know. Ulibarri was forced to get a tetanus shot. Altogether, the encounter cost Ulibarri more than $200 of out pocket in medical bills.

Ulibarri requested information from the man who gave him an address and a phone number but not his name. Ulibarri reported the situation to Animal Control who, Ulibarri says, told him all the information was fake. Ulibarri is especially concerned this could happen again to another family.

"He could let him go again and there could be a kid there that he would attack," said Ulibarri.

Hillsborough County Animal Control Services created a flier asking for help in identifying the man. The flier says, "At this time it is not our intention to punish the dog or owner but we must implement quarantine protocols to ensure the well-being of the bite victims."

"You know if you are going to have a dog you need to take care of it and not let it loose like that," said Ulibarri. He says investigators told him the Health Department may require him to get rabies shots if they cannot find the dog.

Ulibarri is asking people to take a close look at the video and see if they recognize the larger dog's owner. Also, he reminds pet owners to always leash up their animals.