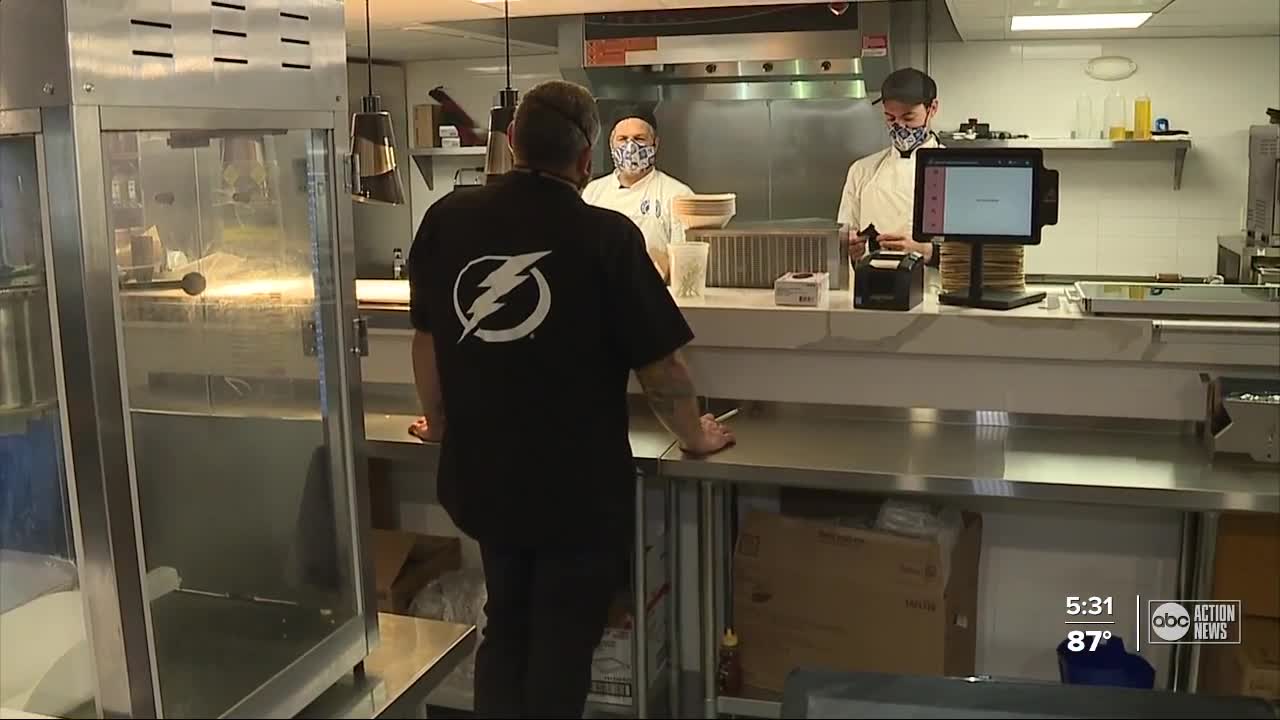 During this Bolts playoff run, bars and restaurants around Amalie Arena would normally be packed and the plaza filled for watch parties. 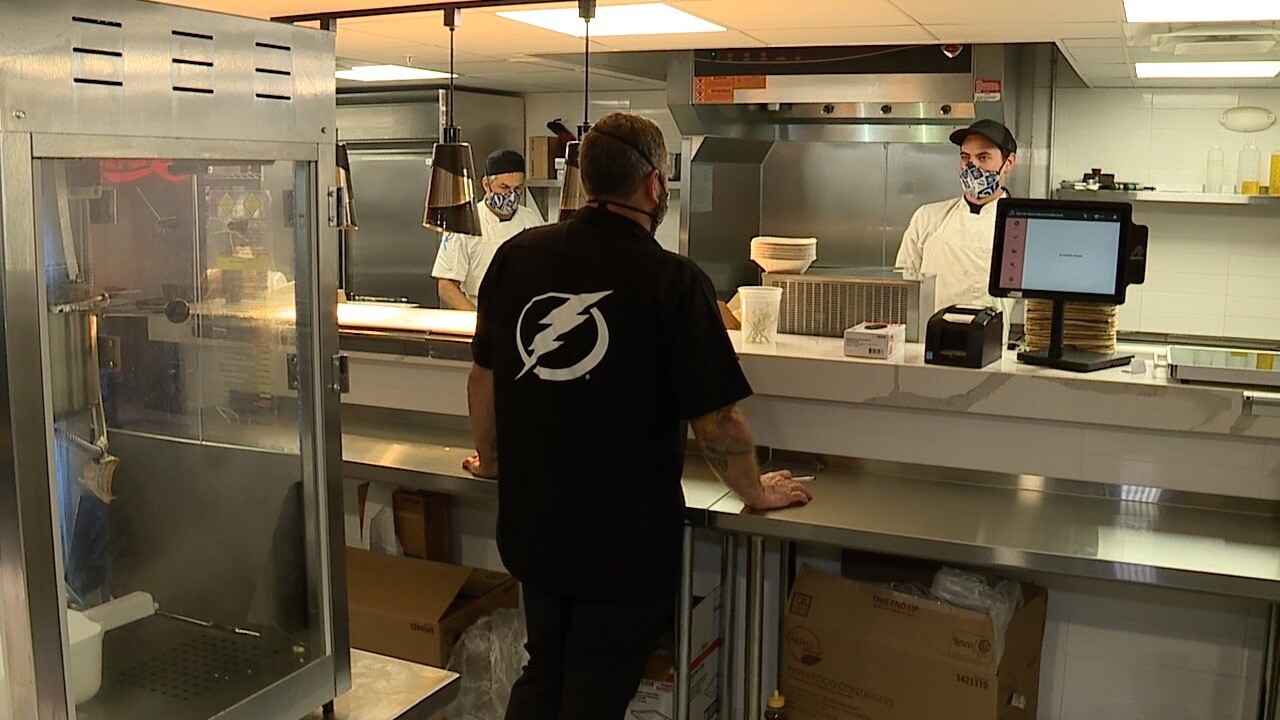 TAMPA, Fla. — Sarah Houston saw a lot of tears when the Cigar City Brewing Tampa Room at Amalie Arena shut down because of the pandemic.

“I had never had to have that conversation with employees before," said Houston, who is a manager at Cigar City Brewing Tap Room.

During this Bolts playoff run, bars and restaurants around Amalie Arena would normally be packed and the plaza filled for watch parties.

Normally, the Lightning employ between 500-650 people in the food and beverage sections. Right now, that number is down to 100.

“Everything we are looking to do is how can bring people back? How can we keep people working," said Amalie Arena food & beverage general manager George Raub.

Raub says the Lightning is putting some people to work by selling concession food to-go during games.

They’ve also reopened the Cigar City for watch parties and brought back more employees for the Stanley Cup Final.

“Hearing their excitement and seeing them come back yesterday and work for the first time was really fun. During the pause we had weekly phone calls going and texts just to keep their spirits up and let them know you are not forgotten about," said Houston.

Some who are back at work are supporting those who aren’t.

They are donating tips to a fund for people going through financial struggles.

No one here has experienced anything like this before, but they are excited this strange season is still going.

“To have the team on the road all the time playing in the bubble, it’s a little bit weird. But there’s still great energy around the team and people that are down around the arena, we are making the best of what we can," said Raub.