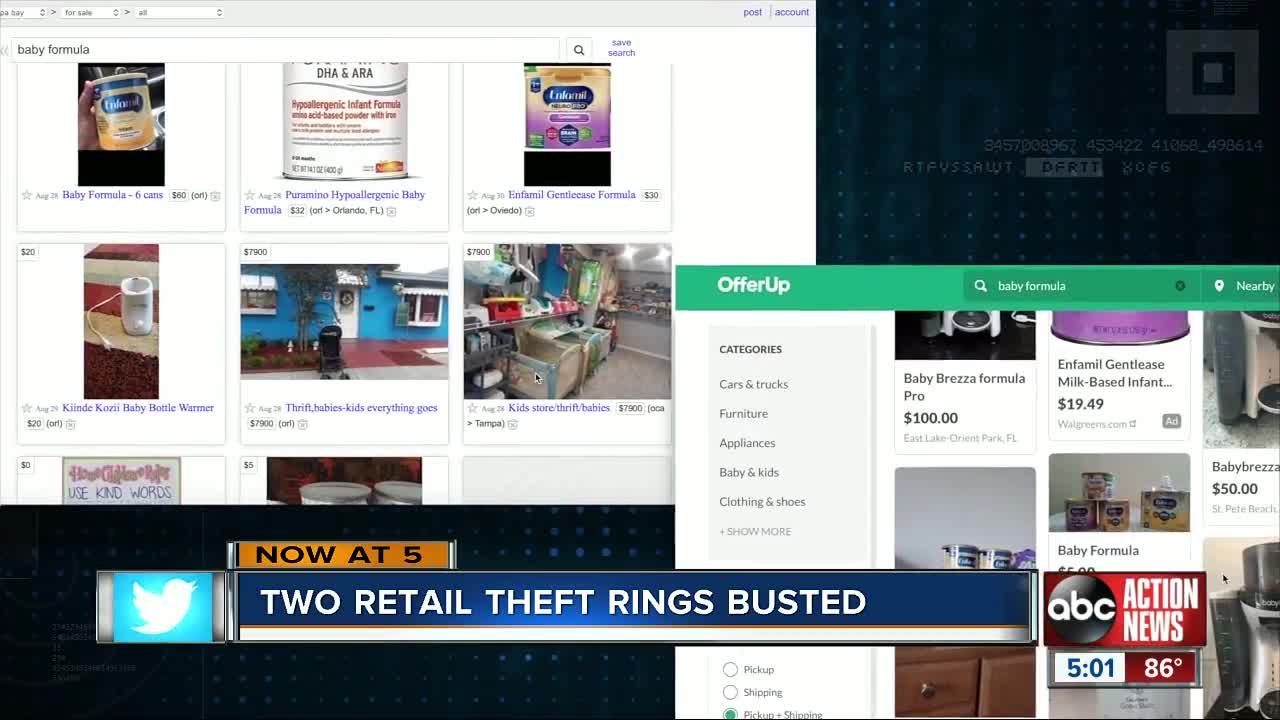 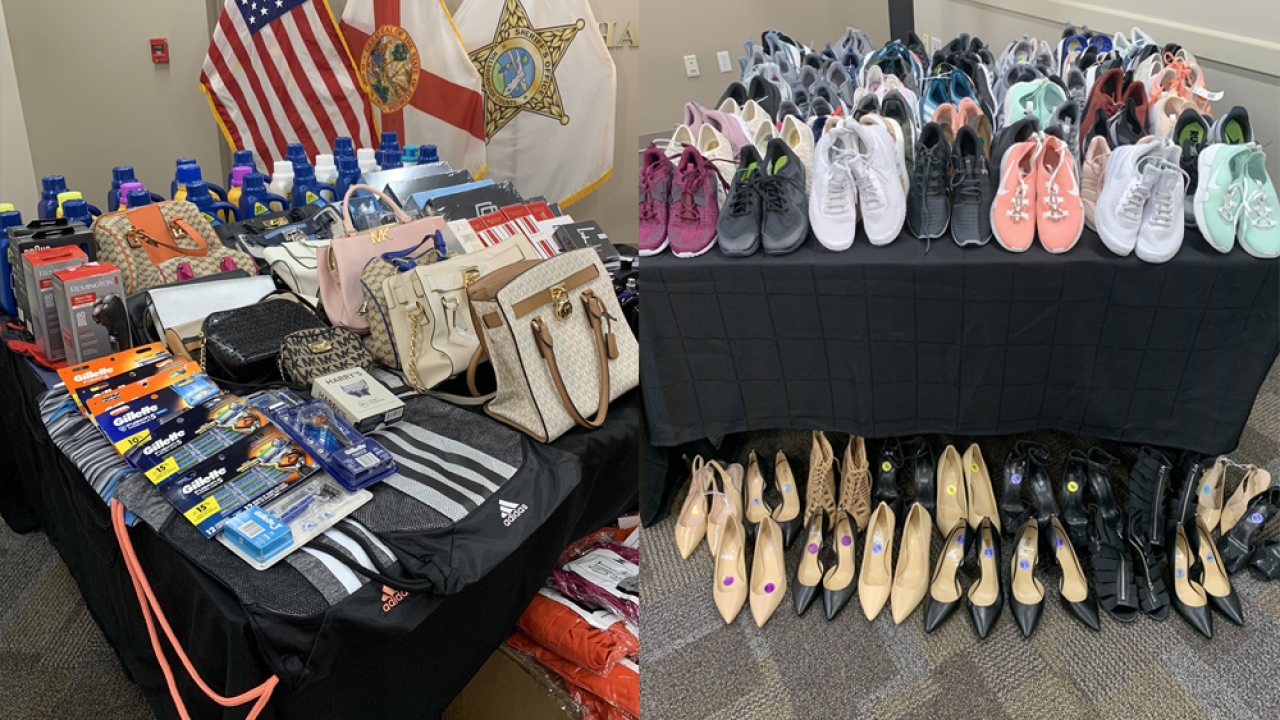 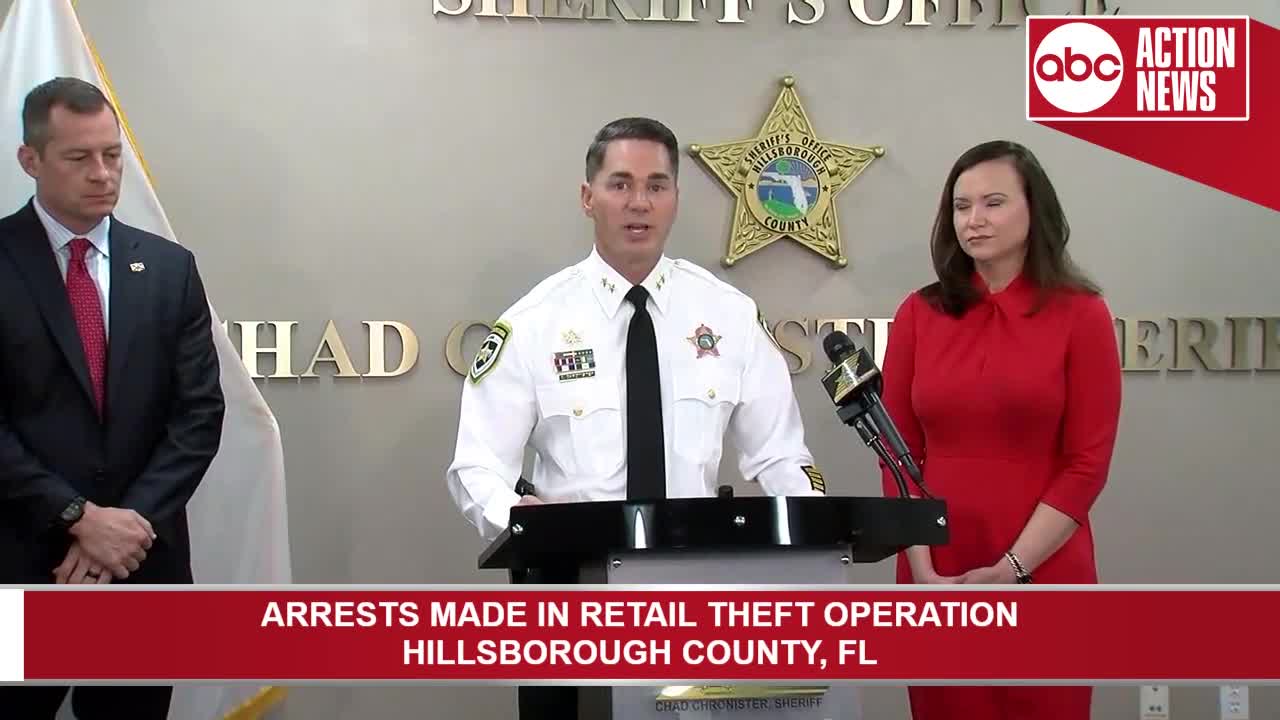 During a press conference on Tuesday morning, Hillsborough County Sheriff Chad Chronister said at least 13 arrests were made after their partnership with the Attorney General’s Office of Statewide Prosecution, the Florida Department of Law Enforcement and the Polk County Sheriff’s Office.

Chronister said their first investigation began in June 2019 when they received information about an organized crime ring from the Tampa Bay Regional Intelligence Center.

After obtaining a search warrant for a home on Emma Street East in Tampa, deputies found more than 50 boxes of unopened diapers, multiple packages of paper towels and toilet paper and several brand new power tools. ABC Action News was the first to tell you about this ring targeting baby formula.

"In total we were able to connect 26 cases of theft that were committed by these individuals," Sheriff Chronister said.

Harris, West and York are each being charged with racketeering and conspiracy to commit racketeering.

In addition to those arrests, Sheriff Chronister said "the Statewide prosecutor’s office also charged 30-year-old Konaa Engram with racketeering and conspiracy to commit racketeering. This was a direct result of the investigation into Lee York."

HCSO announcing another ring is behind bars, during the news conference. Chronister says the stolen merchandise is worth around $180,000. The second investigation started in July 2019 after the Polk County Sheriff's Office and the FDLE gave HCSO information about a Cuban theft organization at a home on West Crest Ave in Tampa.

Jose Valdivia-Quinones, 45, was determined as the head of the organization, according to Sheriff Chronister.

“We’re going defend him. We’re going to get some lawyers and we’re going to— beat this up," said Luis Quinones, the suspect's cousin.

Quinones was found to have stolen more than 1,100 pairs of brand name shoes, more than 500 unopened bottles of cologne, clothing, purses, high end watches and more.

“These individuals think they can go in and just take what they want and sell for their own profit. These businesses were getting hit 8-10 times a day," said Florida Attorney General, Ashley Moody.

Quinones is charged with two counts of dealing in stolen property and racketeering.

Chronister says Quinones was even selling and shipping the American goods over to Cuba.

"Retail theft is not a victimless crime. It impacts business owners and us, as consumers," Sheriff Chronister said. And the actions of these criminals directly contributes to you paying more at the register."