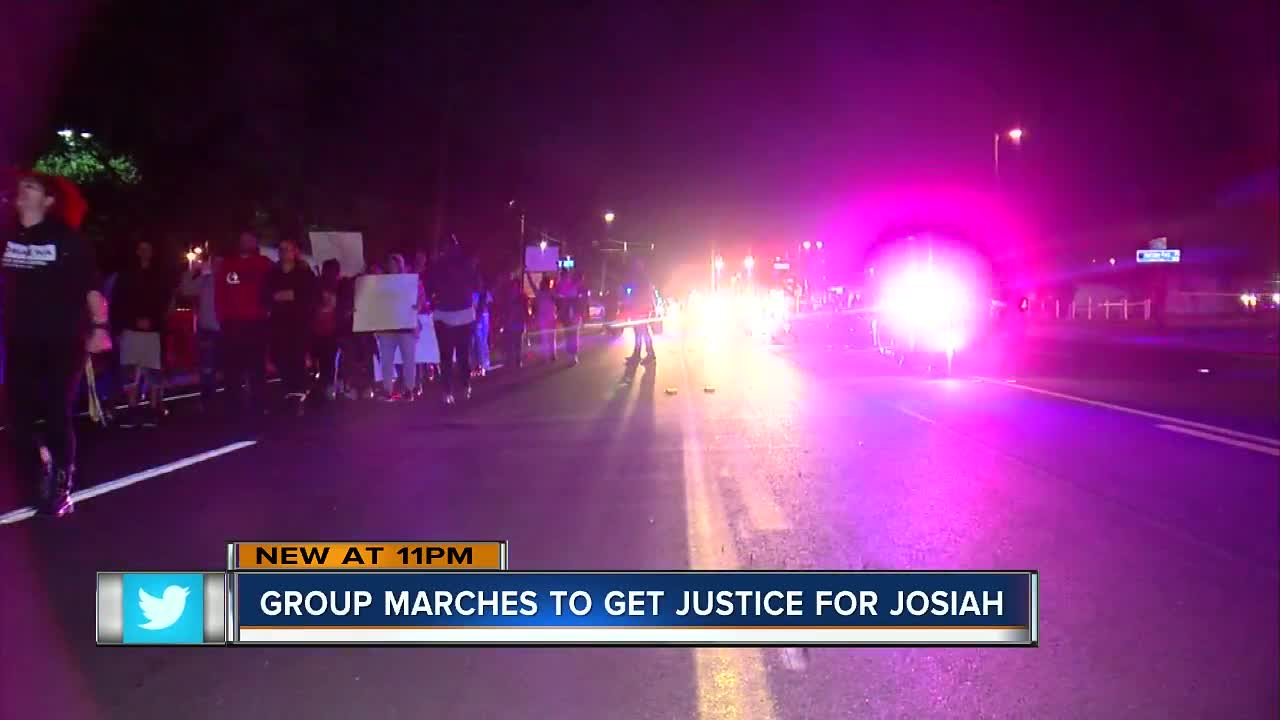 The crowd demanded justice in the investigation in a march that started at the spot Pinner was killed.

"It's not fair because that was my best friend and he died right next to me," his friend Damien Foster said. “We were crossing all the way over there and he landed right there, he flew. That’s not an accident. We’re not going to stop until we get answers, until we get justice.”

The crowd marched more than two miles. About 70 Hillsborough County deputies were out with the protesters, helping provide traffic control and lighting along the march.

Some people question the deputy's speed and if his headlights were on, and the sheriff's office promises transparency.

The march ended at a sheriff's office substation, where protesters vowed to keep Josiah's memory alive.

“He’s feeling well-loved and supported and he knows that God is going to do justice,” protester Patricia Cuero said.

The undercover deputy involved in the crash is not currently working, and chose to take some time off and step away from the job as the investigation continues.