PLANT CITY, Fla. — Plant City detectives are asking for the public's assistance in searching for a suspect who robbed a local Circle K gas station with a machete.

Detectives say the male suspect entered the Circle K gas station at 1514 Alexander Street South in Plant City on Tuesday shortly after 2:30 a.m. Armed with a machete he demanded money from the store clerks. After receiving the cash he fled from the store.

The suspect is described as 5'06", thin build, wearing a black hooded sweater that zips up the front, black pants and shoes, a black headband with a green marijuana leaf on the front and a black bandana covering  his face. 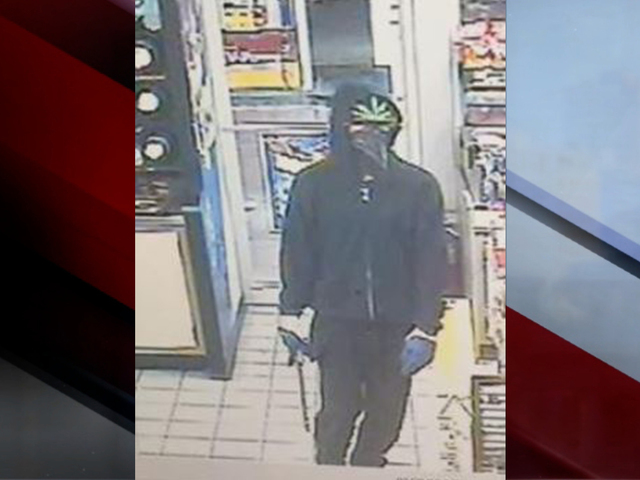 Crime Stoppers of Tampa Bay is offering a reward of up to $3,000  for information that leads to the identification and arrest of the unknown suspect involved in this case. Anyone with any information regarding the identity of the suspect and who wants to be eligible for a cash reward  is asked to call Crime Stoppers at 1-800-873-TIPS (8477), report anonymously online, or send a mobile tip using the P3 Tips Mobile application. Crime Stoppers must be contacted first in order to be eligible for a cash reward.