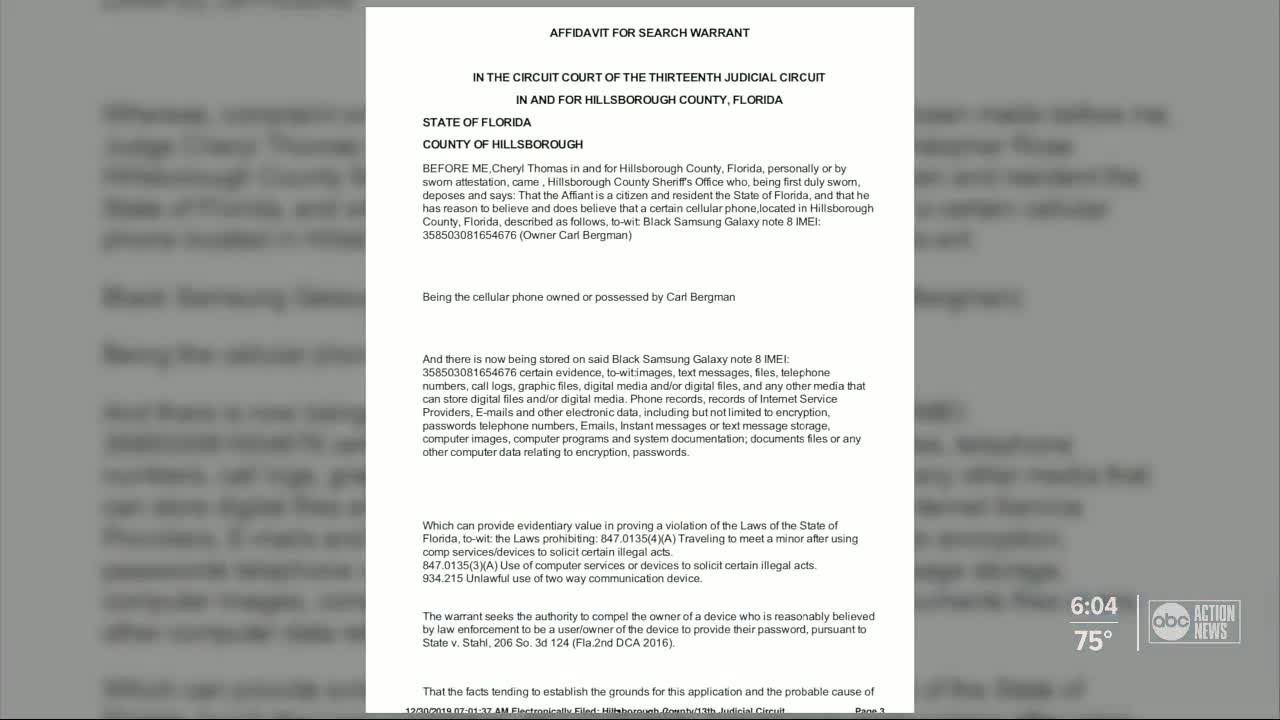 Four Tampa Bay area men are accused of driving to meet-up with teenagers after sexually explicit conversations on social media. 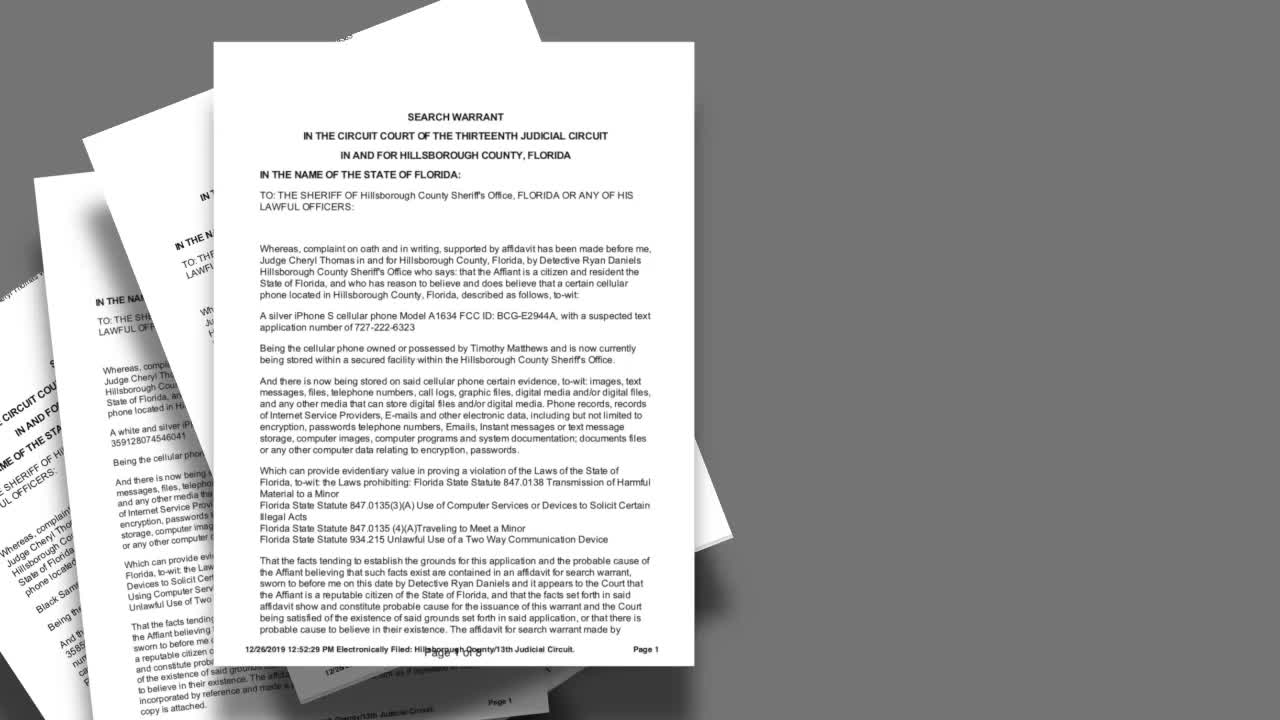 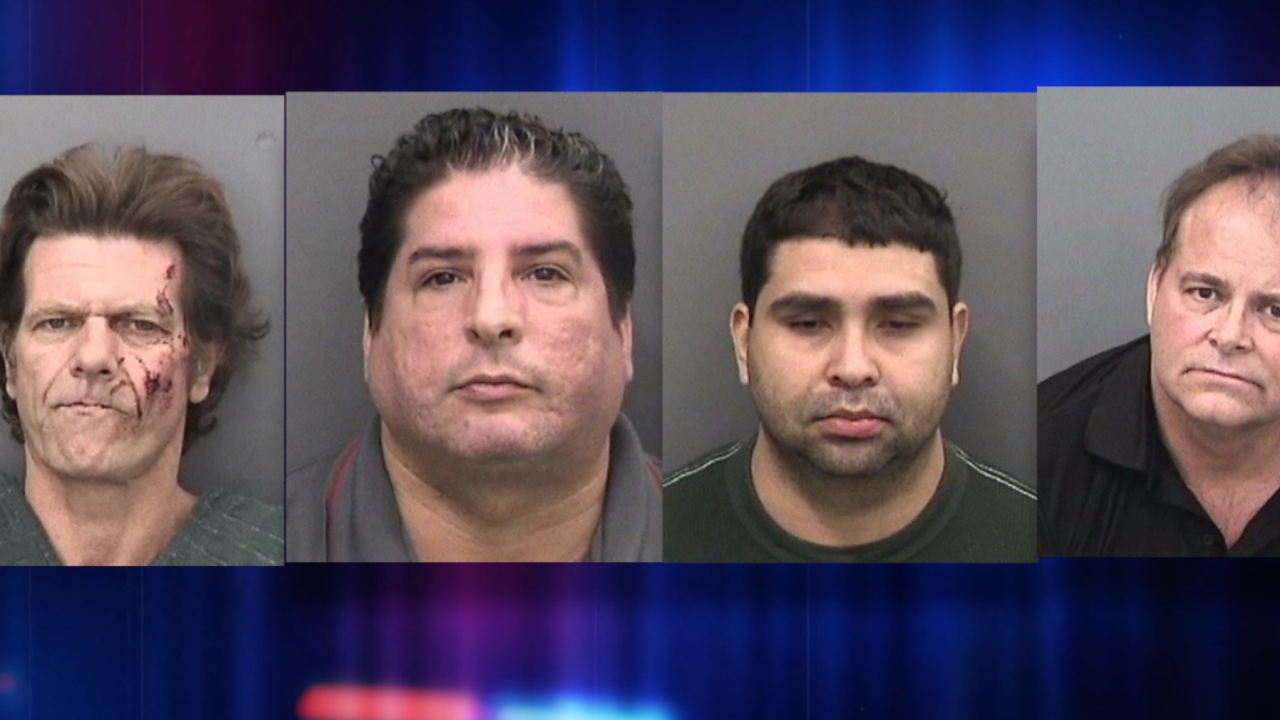 Court documents show 40-year-old Rudy Siam made a 14-year-old friend on the Grindr app. But the conversation quickly turns explicit.

“It’s very disturbing because I have both a son and a daughter," said Patrick Craven. He's the director of the non-profit Center for Cyber Safety and Education. “We were taught stranger danger by our parents but that was typically a man in a trench coat and a really bad van around the corner. Today the dark alley is the internet.”

Hillsborough County deputies arrested at least three other men in the months-long operation.

The purpose of the operation was to find “offenders who use the internet and social media to sexually exploit children," according to the documents. The two apps they used were Grindr and Whisper.

HCSO would not comment on this investigation or tell ABC Action News if anyone else has been arrested, citing an active investigation.

“They’re going where these criminals typically hunt their victims," said Larry McKinnon, a 40-year law enforcement veteran. "No longer are we out here solely in playgrounds. Now, they are on the cyber playgrounds of the internet.”

In all cases, the men allegedly drove to a location for a meet-up. It turns out one of them, Timothy Matthews, is a registered sex offender convicted of sexual abuse of a child in Dallas, Texas.

“It goes to show an old dog never changes their habits," said McKinnon.

With Super Bowl LV just over a year away in Tampa, McKinnon says its more important than ever to target child sex offenders. Large events like the Super Bowl can attract the underbelly of crime like human trafficking.

Craven says there are few changes parents can make right now to improve cyber safety in their homes.

First, dispel the taboo by talking to your children about what can happen when talking to strangers online.

You can also join the same apps as your kids to keep an eye on them. But, Craven warns, don't stalk them. You want to build trust and a pipeline of communication not scare them off.

He also suggests you check their privacy settings to make sure your child isn’t giving out their location and phone number by default.