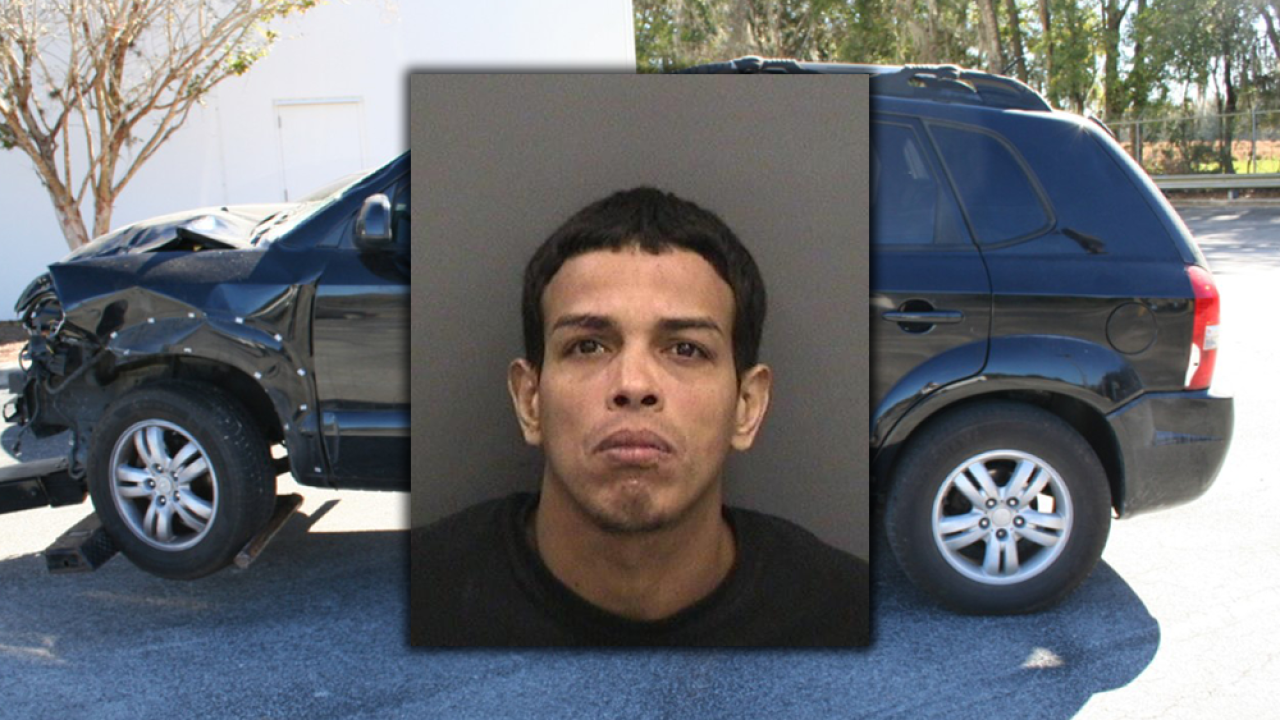 Plant City Police Department charged Emmanuel Burgos Mercado with leaving the scene of a crash with death, driving with his license suspended and tampering with evidence in connection to the January 17th crime.

Investigators say Mercado confessed to hitting Arturo Martinez-Ramirez, 57, near Charlie Taylor Rd and U.S. 92. Plant City Police Department tells ABC Action News that Mercado was in the car with a girlfriend when it happened. Mercado told investigators he ran away because he knew he had a suspended license and he was scared.

Investigators say before the couple fled to Connecticut, Mercado abandoned the Hyundai Tucson with heavy front damage in a wooded area near a mobile home park in Lakeland.

Through their investigation, officers were able to track down the couple and convince them to drive back to Florida and speak with them. Mercado confessed in a written statement and video interview that he was responsible for Martinez-Ramirez’s death.

The woman will serve as a witness in the investigation. Plant City Police Department is not charging her with any crime.

Mercado is being held on a $35,000 bond, per the recommendation of the state. If he bonds out he is not to drive any vehicles nor leave the county.