A Hillsborough County man has been arrested after deputies say he hit and killed a 53-year-old bicyclist with his car from behind, then left the scene.

HILLSBOROUGH COUNTY, Fla. — A Hillsborough County man has been arrested after deputies say he hit and killed a 53-year-old bicyclist with his truck and then left the scene.

Authorities say Ali Abdelrahilm Abu-Shtaiah, 25, was driving a gold 1983 Chevy and hit and killed Johnny Arrington, who was on his bike on South 78th Street on August 5, 2018.

Search launched for vehicle involved in deadly hit and run on 78th St. in Hillsborough County

On Thursday, traffic homicide detectives obtained a warrant charging him with leaving the scene of a crash with death, and he turned himself in Friday.

The Sheriff's Office said DNA results from biological evidence indicate the victim was struck by Abu-Shtaiah's truck. Video evidence also places the truck in the area of the crash.

According to the Sheriff's Office, Abu-Shtaiah cleaned the blood off with window cleaner.

Detectives also saw Abu-Shtaiah's truck with a front passenger headlight shattered, dents to the front corner panel/hood and a bent grill on the passenger side. 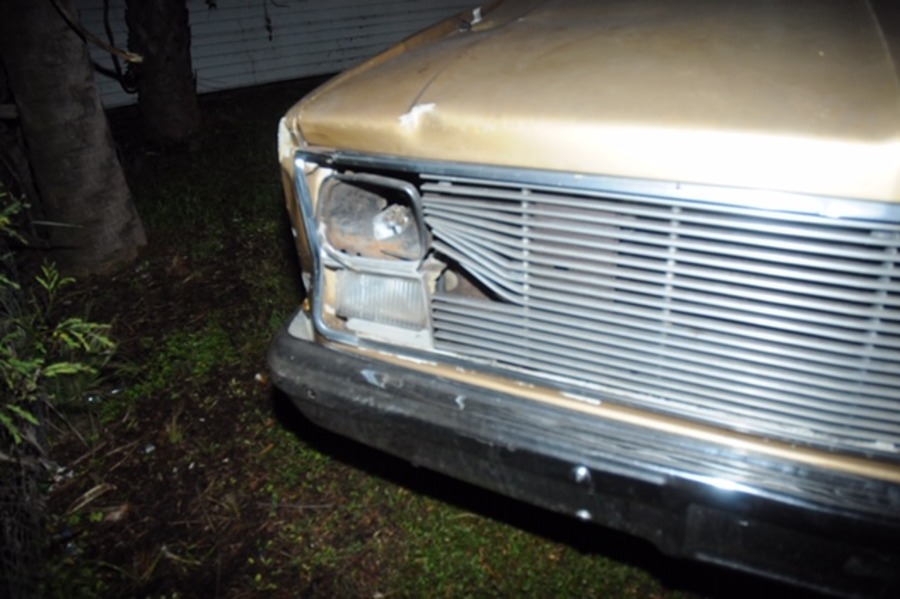 According to court documents, the General Manager at Deja Vu Showgirls in Tampa, Mark Figueroa, contacted deputies after seeing a truck in the parking lot of his business with damage consistent with the crash.

"The passenger side of the vehicle was just demolished, dents all in the hood, the fender was rippled up and I was like that does not look right," said Figueroa.

Court records stated the suspect tried to tell family members he had been in a fight in the parking lot of the club and his truck got damaged.

"I was like you know what lets Google hit and runs in Tampa and there was one not even a mile and a half away from here around the corner," said Figueroa.

The victim's son who lives out-of-state said he is thankful that general manager did the right thing.

"Very grateful for that because without that this guy could be living his life the way he wants to do even though he caused drastic changes in other people's lives forever," said Johnny Arrington, victim's son.

"You hear about this kind of thing, but you always think, you know, it would never happen to me. So just one word, just complete shock," added Arrington.

ABC Action News could not reach him for comment.