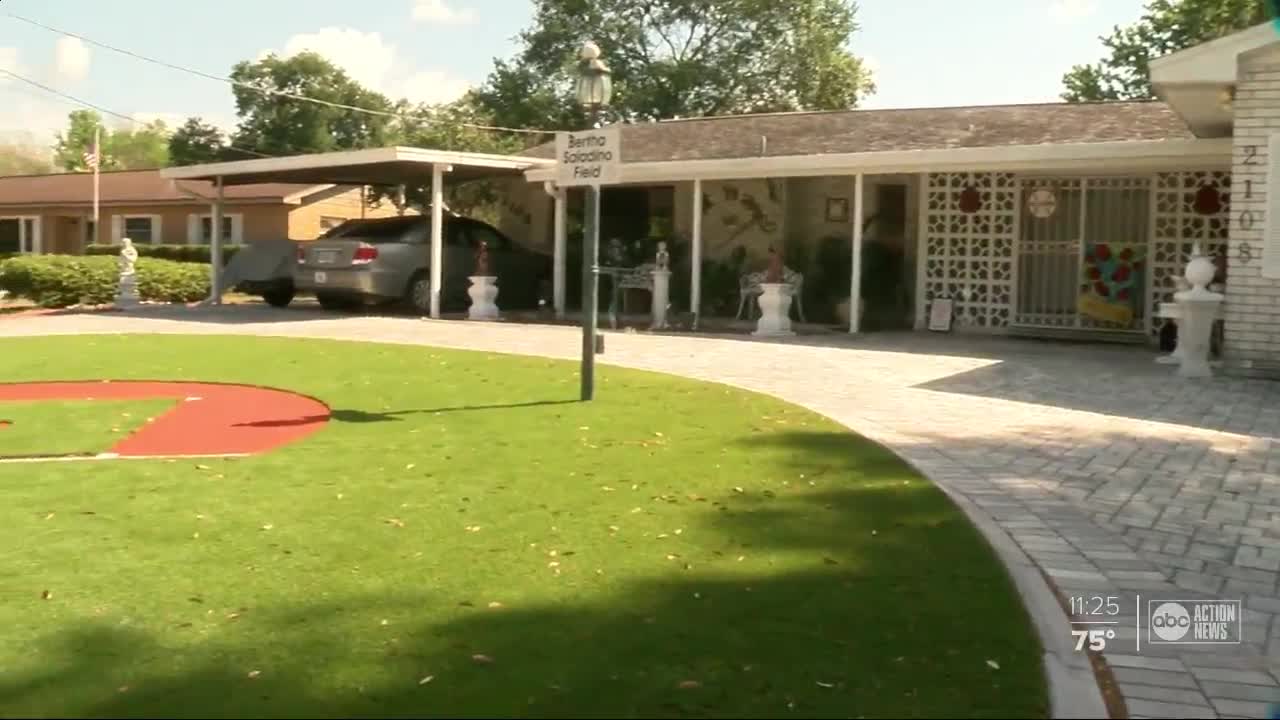 Baseball is on hold right now due to the coronavirus pandemic, but the game lives on for Tony Saladino 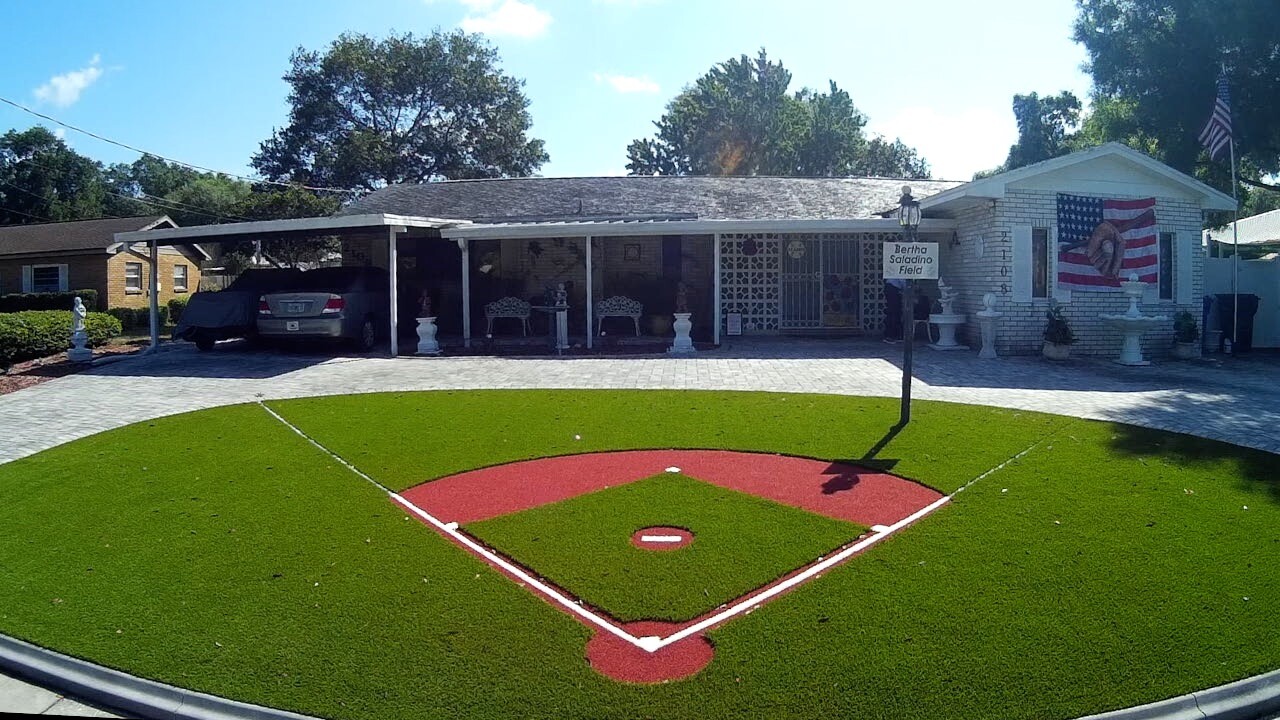 BRANDON, Fla. — From high school to professional, baseball is on hold due to the ongoing health crisis. But, the game lives on for Tony Saladino… in his home.

Saladino picks up something.

“A Pete Rose autographed bat,” he points out.

“So much stuff in there, I don’t even know what’s in there,” Saladino said. “There’s a lot to look at you’ll never see it all in one day.”

The 84-year-old is known as a Tampa baseball legend. He fell in love with the game because “small people can play baseball.”

If what you see inside doesn’t impress you, step outside. Saladino recently had a replica baseball diamond with synthetic field turf installed in his front yard.

“It’s amazing. It’s actual turf. there will be no weeds,” Saladino said. “I don’t have to cut the grass and it goes along with the museum.”

As they say, if you build it…

“They started to come by, look and take pictures.”

In all, 88 players that played in his tournament made the Big Show. But, a COVID-19 curveball canceled the event’s 40th anniversary this year.

He lives for baseball and for honoring his late-wife of 52 years. He named his new field, “Bertha Saladino Field.”

And, wants to make her proud.

“I think finally I can hit a home run there.”