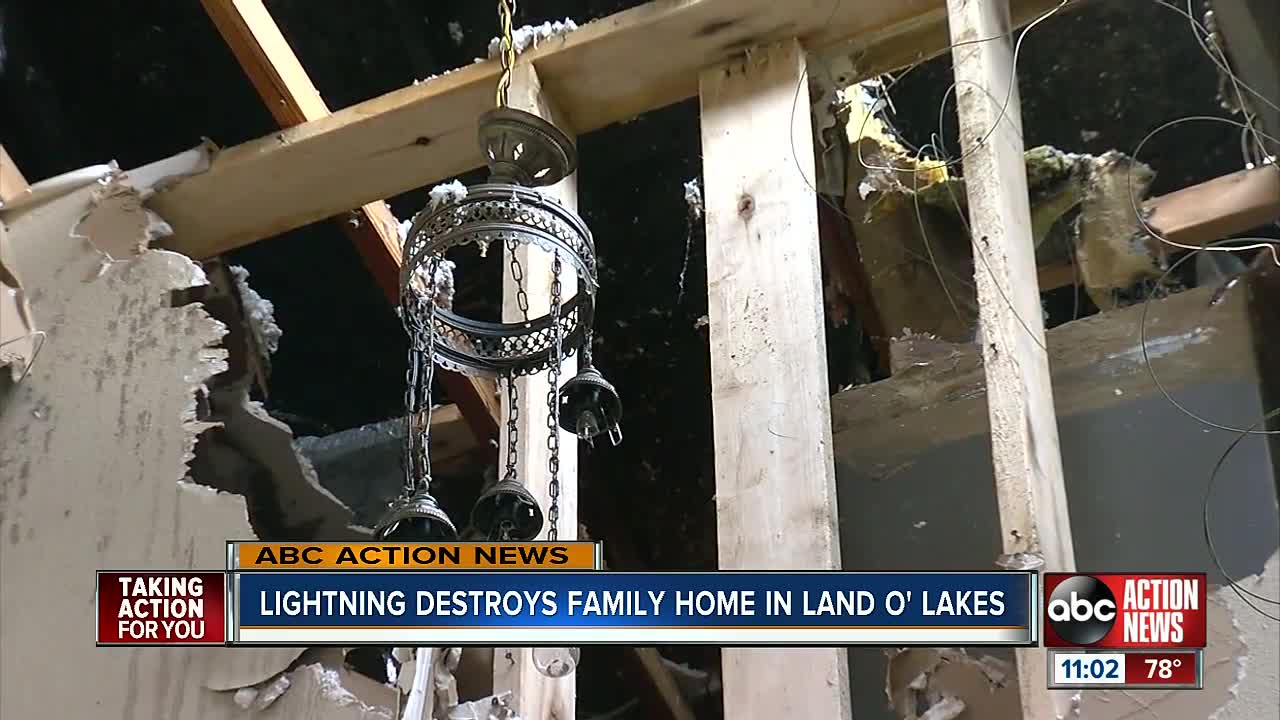 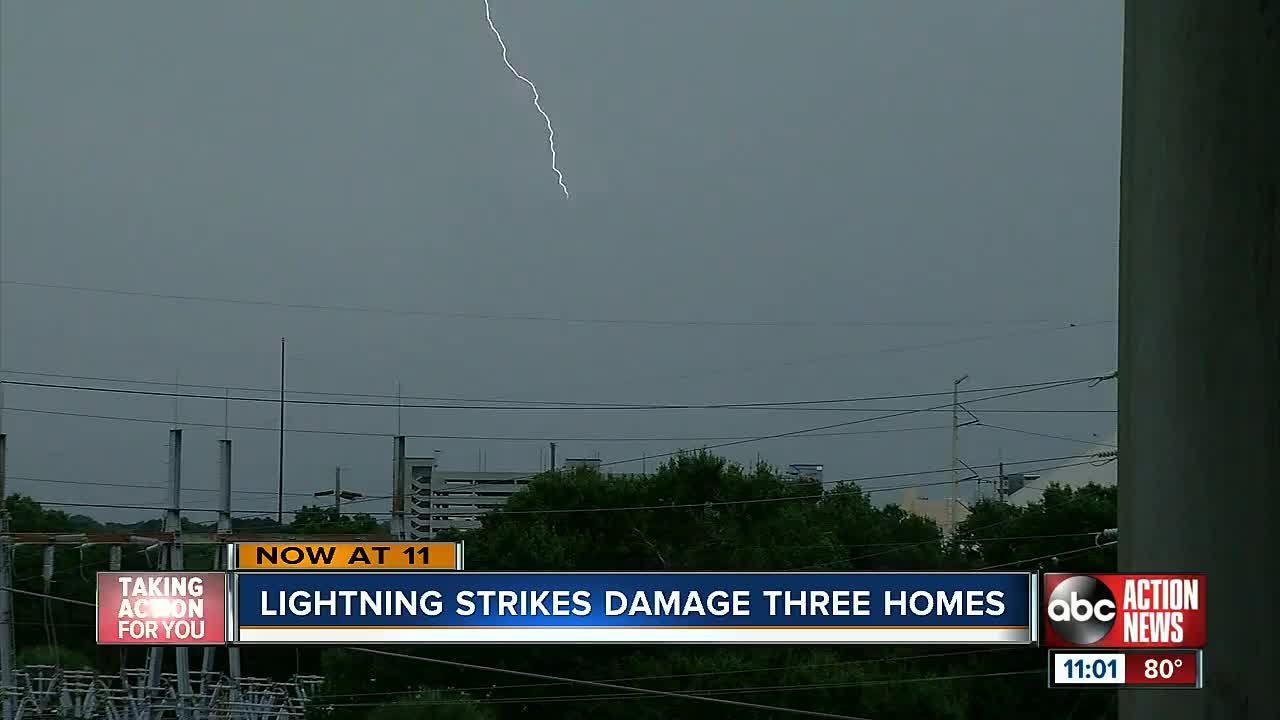 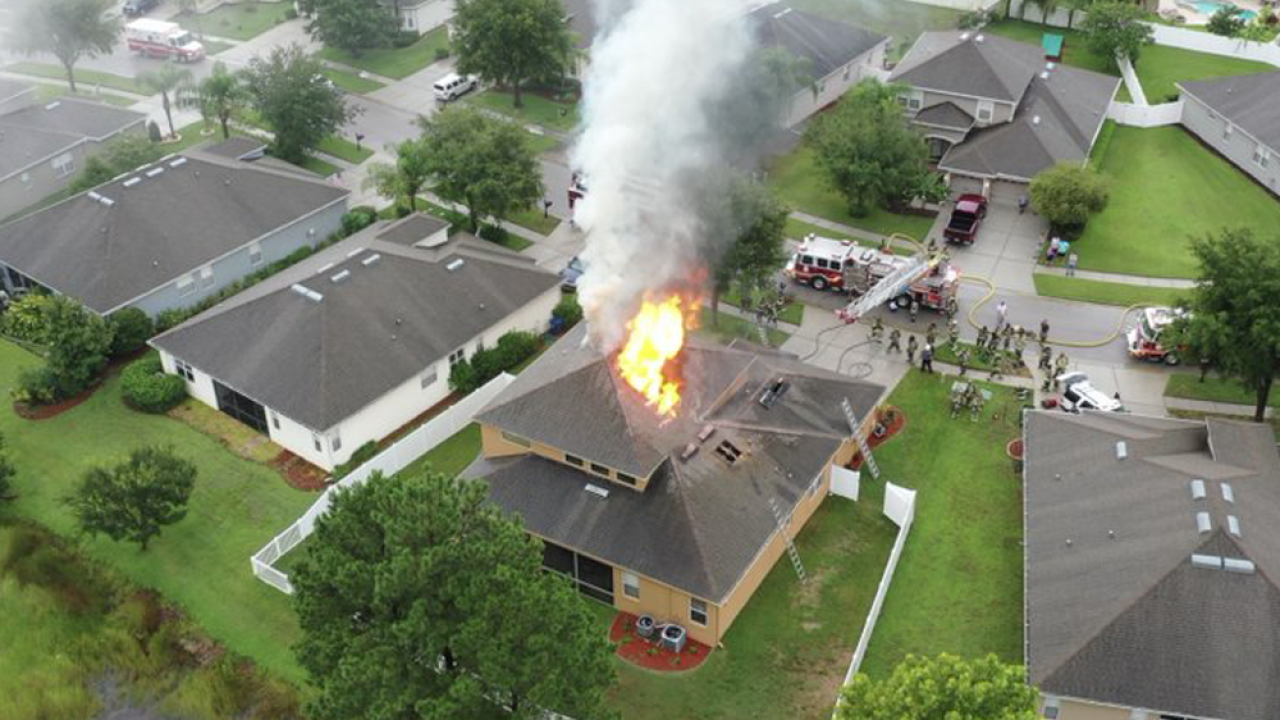 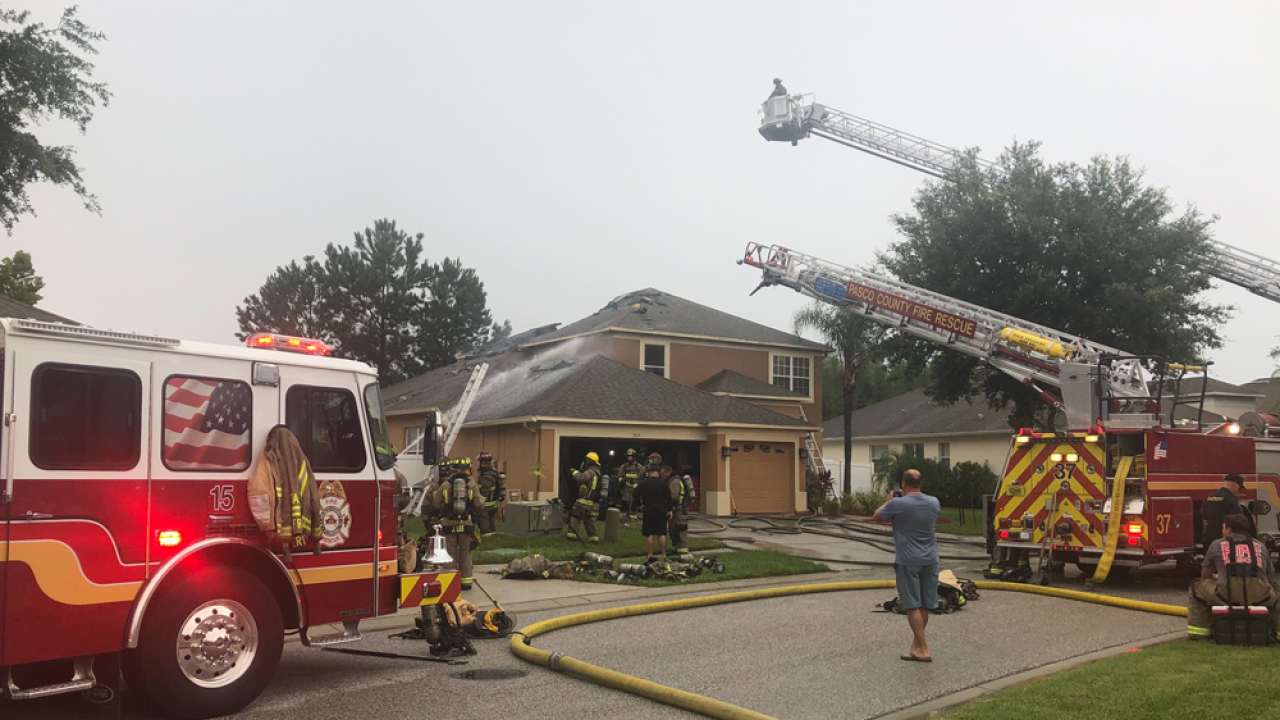 LAND O LAKES, Fla. — A home in Pasco County caught fire on Friday after fire rescue officials say it was struck by lightning.

Fire rescue officials say the family was in the home at the time. No injuries have been reported.

It happened on Chessington Drive in Land O Lakes.

Firefighters responded to the two alarm fire and got it under control.

Leila Hamdaoui, 18, said she and her mom heard what they thought was a lightning strike, smelled smoke and called 911. But they didn't imagine it would turn into the scene they're now dealing with.

"It's crazy that like two days ago I had a whole house and now it's gone," Hamdauoi said.

Two days later, debris covers the floor, rooms are barely recognizable and there's a gaping hole in the ceiling. But while so much was damaged, firefighters were able to save some important documents, family photos and Hamdaoui's diploma and cap and gown.

Since then, the community has rallied around the family. People have offered everything from clothes to hair cuts and a family photography session. Doublemint Sitting, where Hamdaui works, organized a donation drive.

"I'm very optimistic. Everything happens for a reason and we're meeting a lot of good people and I feel fine, it'll be fine," Hamdaoui said.