Kitten killed, another recovering after being shot by air rifle in Tampa 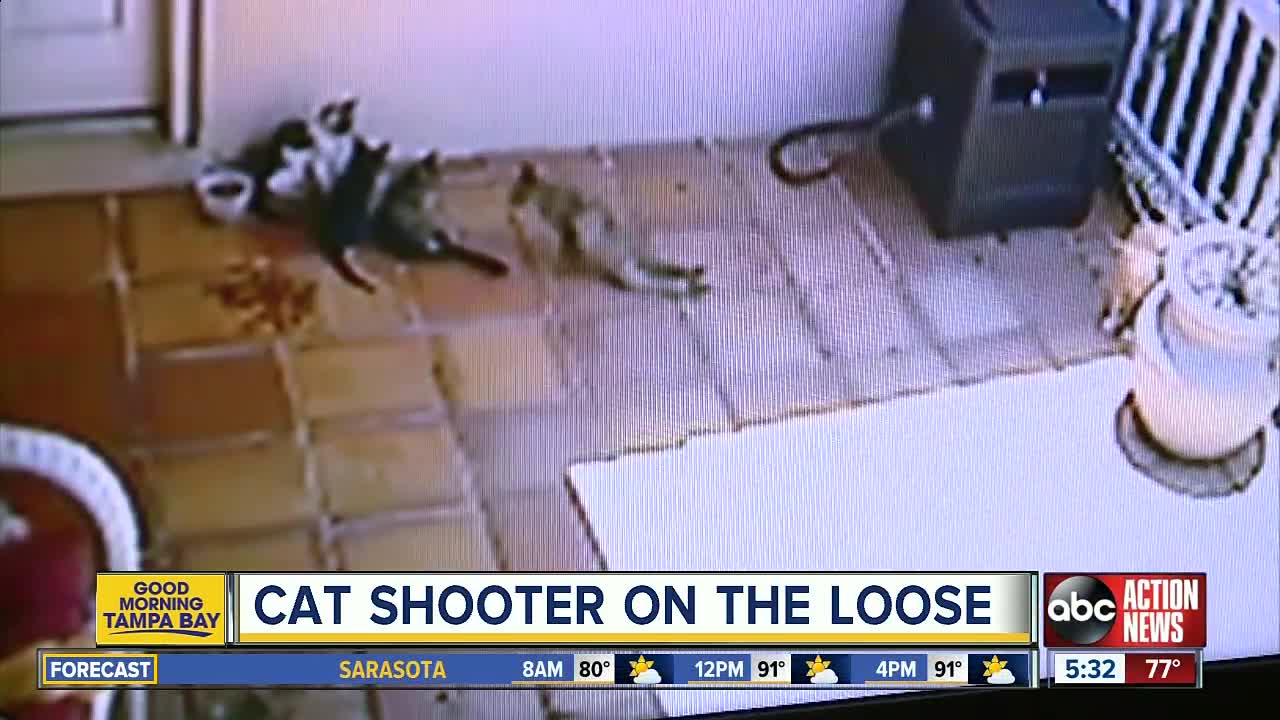 The veterinarian said the kitten that was about 12 weeks old had to be euthanized. The second cat's X-ray showed a bullet in his front right leg. 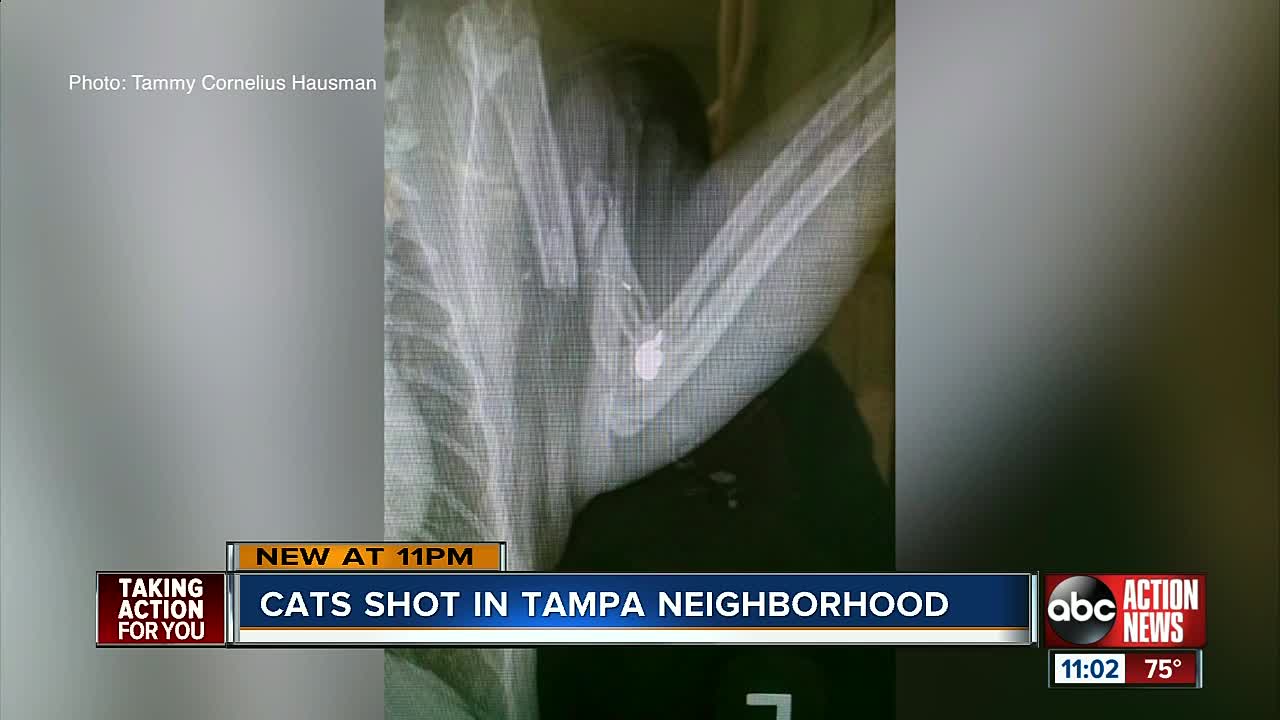 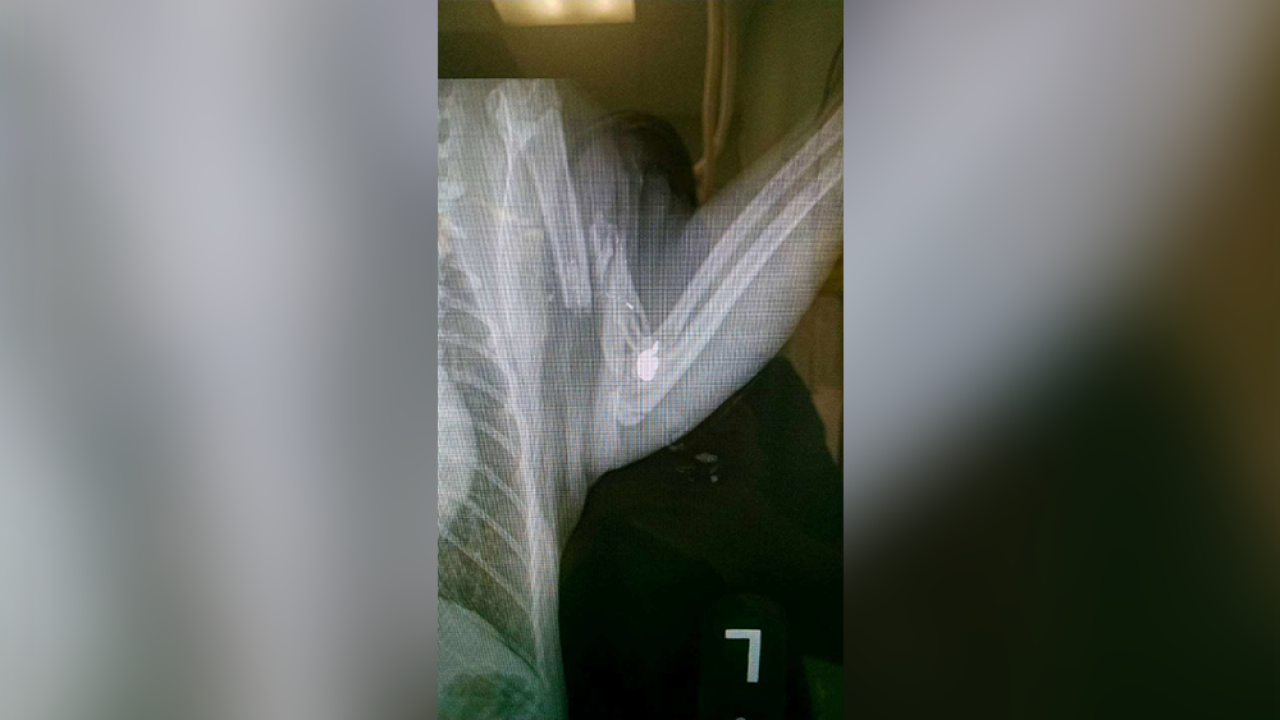 TAMPA, Fla.— A kitten just a few weeks old and another just 5-months-old were targeted by someone in the Twelve Oaks neighborhood in Tampa.

The veterinarian said the kitten that was about 12 weeks old had to be euthanized. X-ray showed the cat's spinal cord was severed and the fragments of the bullet surrounded the injured cat's spine.

The second cat's X-ray showed a bullet in his front right leg. Doctors thought they had to amputate but ultimately decided to remove the fragment and try and help the cat heal to have a healthy life.

"It's heartbreaking to watch the videos," Tammy Cornelius Hausman said.

Cornelius Hausman said she feeds the stray cats in the neighborhood. They hang out on her porch, and once they are spayed and neutered, she tries to find them good homes.

Surveillance video from her parents' Twelve Oaks house showed the paralyzed kitten dragging his back legs.

"My sister and I, we played back the videos, we probably watched about 12 hours of footage and it was just very emotional to watch a baby kitten of three months old drag his legs across the porch to get some food," Cornelius Hausman said.

That kitten did not survive. The older cat is recovering at the veterinarian.

"We are hoping he's going to make it," Cornelius Hausman said.

ABC Action News reached out to Hillsborough County for information related to this case. Cornelius Hausman said she is offering a reward for any information about who did this and is spreading the message via social media.

"When an innocent animal gets hurt for no reason at all, it's very heartbreaking there's no words for it," Cornelius Hausman said.

The veterinarian said the bullet he pulled out of the cat shot in the leg was fragmented and appeared to come from a high powered air rifle.