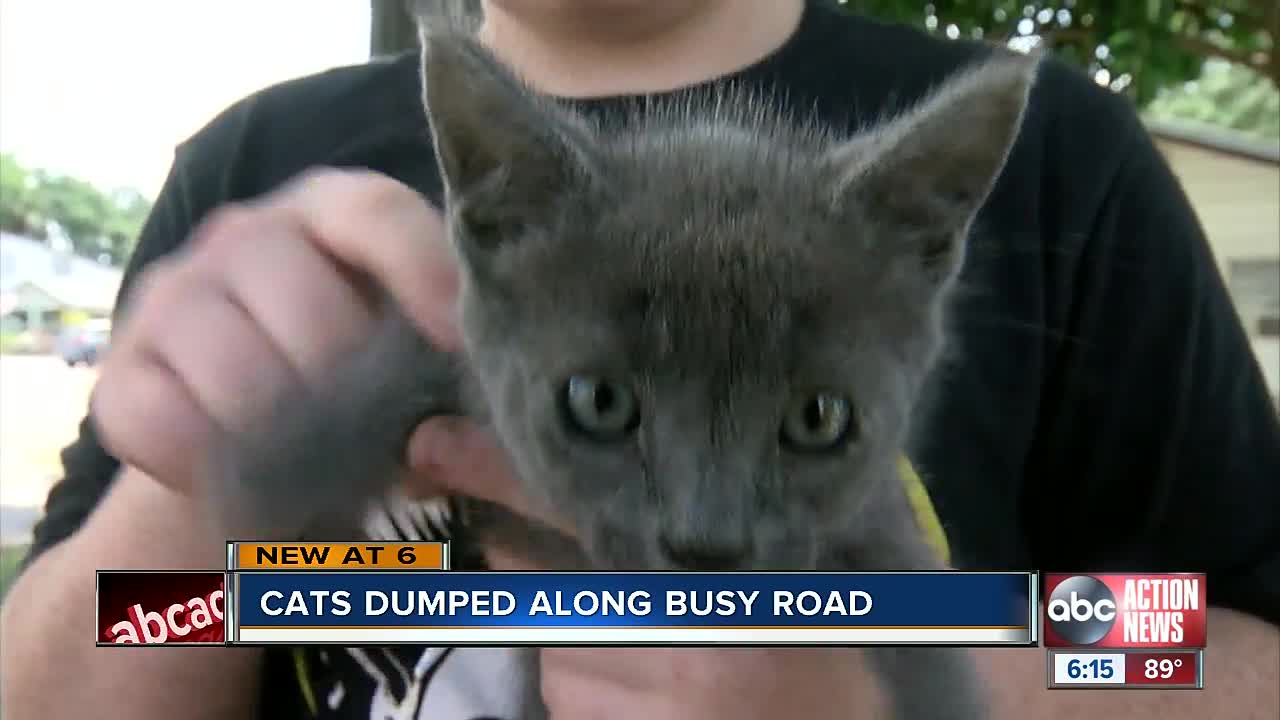 A young Good Samaritan and several others rescued a family of kittens after they were thrown from a moving vehicle along US Highway 41 in Gibsonton. Story: https://wfts.tv/2Hlew1d 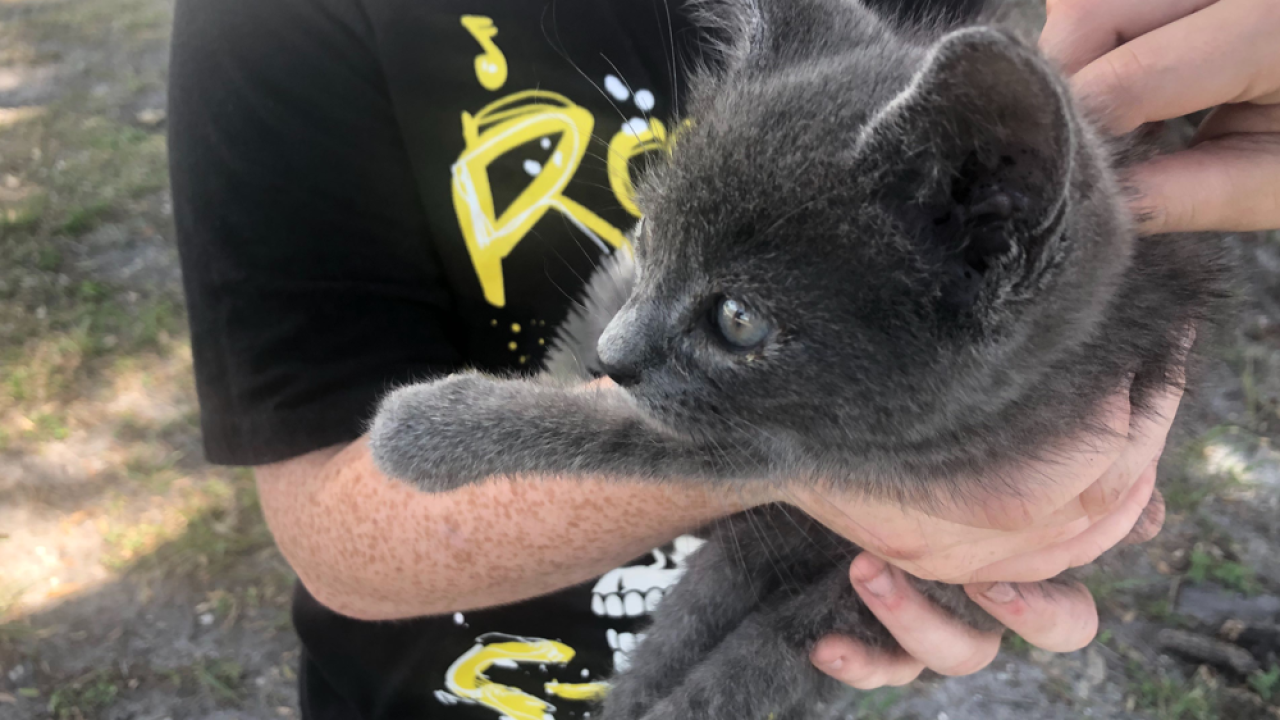 GIBSONTON, Fla. — A young Good Samaritan and several others rescued a family of kittens after they were thrown from a moving vehicle along US Highway 41 in Gibsonton.

Conner Davis, 10, and his mother were standing at their bus stop near Symmes Road on Monday morning when they heard what sounded like a kitten.

Davis says he looked down and saw one kitten. Then, his mothers says they found another kitten just a few hundred feet away.

RECOMMENDED: Pitbull wags tail through recovery after being dragged by truck in Hernando County

In total, four kittens were picked up by in the area by different people.

"I just looked at it in shock like, why would someone do this to a little kitten?," asked Davis.

The Davis family says some nearby construction workers saw someone throw the kittens out their car window while driving along US 41.

It turned out to be a mother cat and her seven kittens. Sadly, the mother and two of the kittens were found dead in the roadway.

One of the surviving kittens was covered in feces and litter. It was taken by the Davis family to a veterinarian. It suffered some trauma from being thrown, but it's expected to survive.

A local animal non-profit posted to social media about the cruelty.

"There are other ways. All cat rescues are working over time during kitten season an to hear this just stops you in your tracks. Please call your local rescues for help or advice before going to this extreme," Cat Call Inc. said.

The Davis family used their own money to pay for the injured kitten, even though they live on a fixed income.

As of now, there is no police report of the incident because there is not a good description of the vehicle or license plate.

However, the Davis family hopes if someone saw something they will report it.