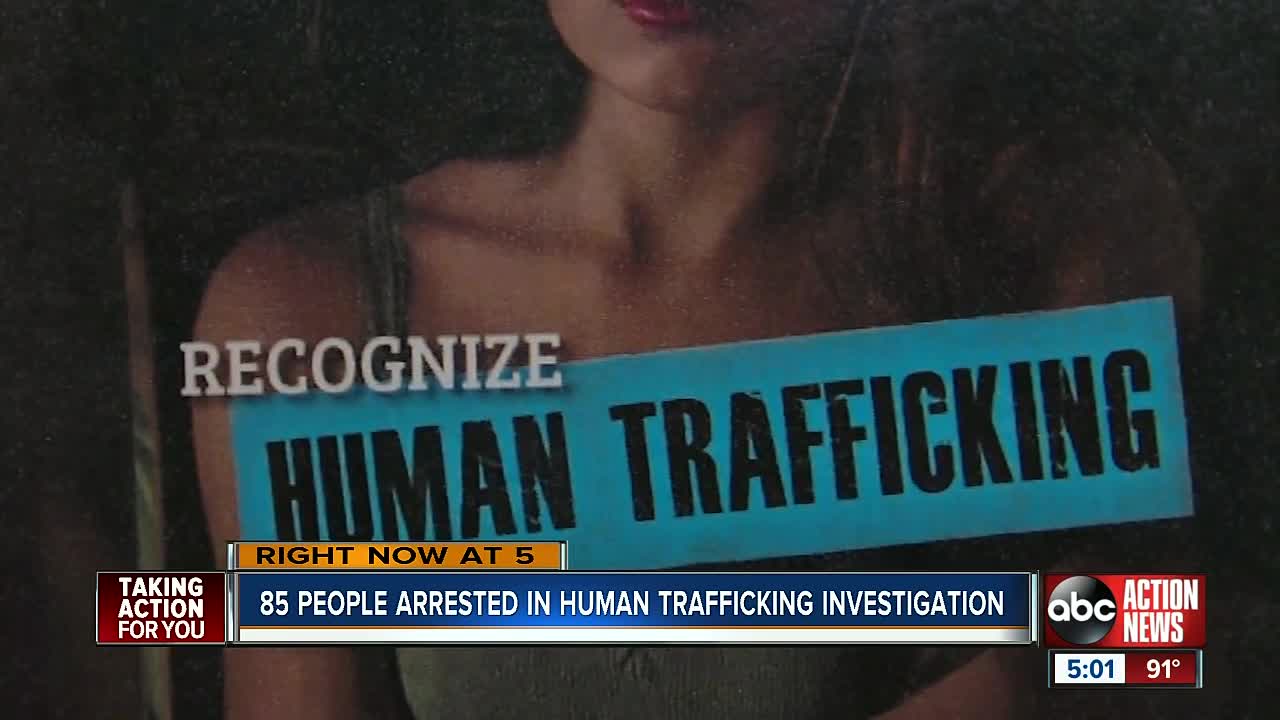 Over 80 arrests were made through a recent human trafficking sting. 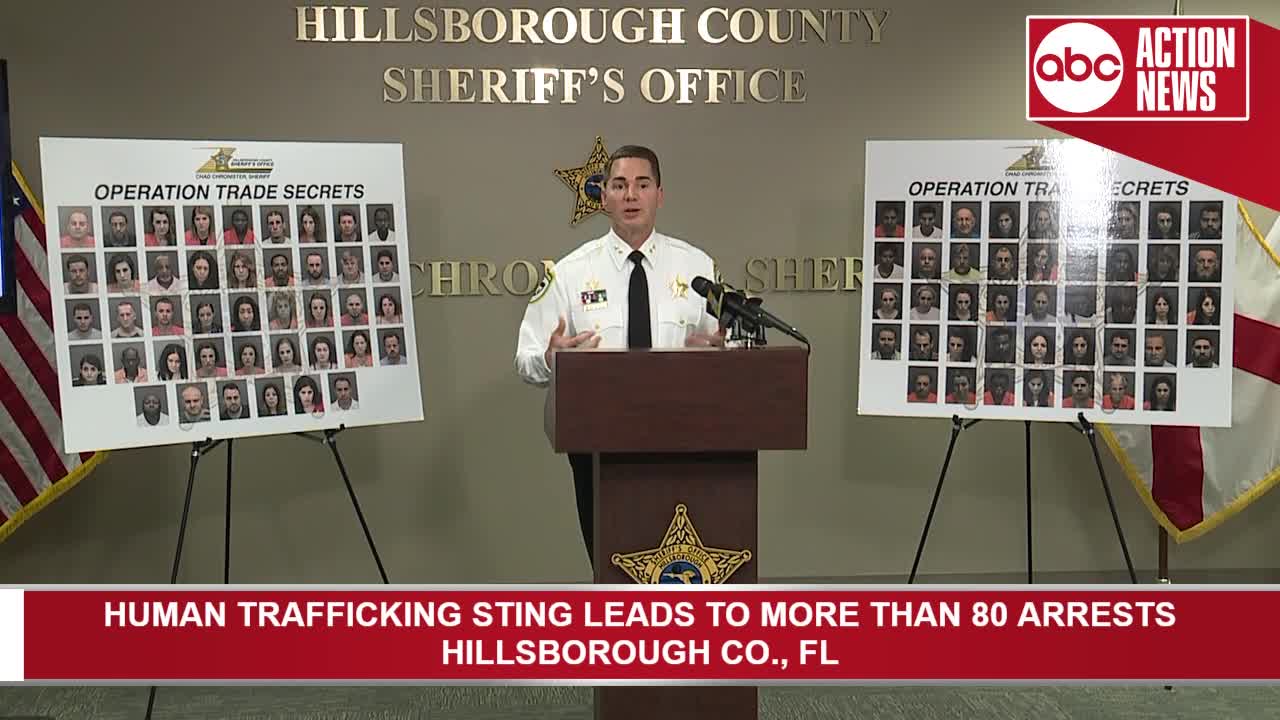 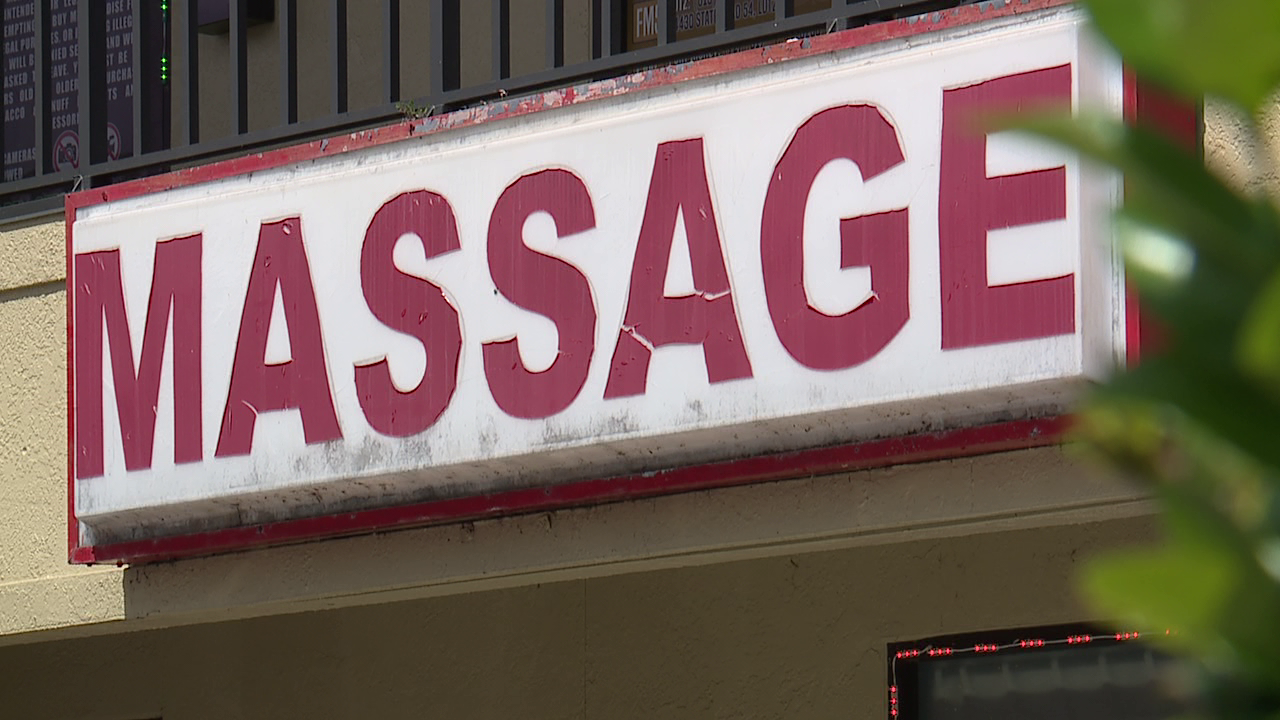 HILLSBOROUGH COUNTY, Fla. — 85 arrests were made through a recent human trafficking sting by the Hillsborough County Sheriff's Office.

"Human trafficking can happen in any community and to victims of any age, race or nationality, as our detectives have seen throughout the course of this investigation," said Sheriff Chad Chronister. "We realize that many victims are afraid to come forward, so we're actively working to find them and committing resources to targeting those who engage in human trafficking."

GET HELP | If you are a victim of human trafficking, you can get help by calling the National Human Trafficking Hotline at 888-373-7888

Edie Rhea walks the same park where 25 years ago she was sold for sex. Today, she helps women escape and heal as found of nonprofit the Healing Root Ministry.

She thinks progress is happening with the problem more in the spotlight than ever before.

The more we talk about it the more people realize, see the signs and they start calling," Rhea said.

"Our message for anyone involved with the despicable practice of human trafficking— stop— because we’re coming for you," Sheriff Chronister said.

The sheriff says operations like Trade Secrets is more important than ever especially with big sporting events like WrestleMania and the Super Bowl coming to Tampa.

“I do think Chronister is coming from a good place," said Rhea.

She’s just got one problem with the investigation. Out of the 85 people arrested only one is an alleged trafficker.

“You mean to tell me— all of these — one trafficker out of all of them?" Rhea asked.

Marcell Walsh is the sole suspect with a human trafficking charge. He's accused of forcing a 24-year-old woman into prostitution. Deputies also arrested Brian Hartzler, a Tampa Fire Rescue firefighter who allegedly wore his uniform when he solicited for sex.

The rest are alleged Johns and prostitutes.

“I think we’re re-victimizing the victim all over again," said Rhea.

The sheriff admits there are challenges but defends his operation.

“The only and best way to try to get involved to identify the victims is doing an operation like this," Sheriff Chronister said, "I believe the only way we are going to combat human trafficking is by targeting the desire. By reducing the desire.”

But Rhea argues we can do better.

“if you have a prostitution charge, can you go to school? Go to college? No, you can’t. Can you get a job? No, you can’t. Where is the healing and the restoration?" Rhea asked.