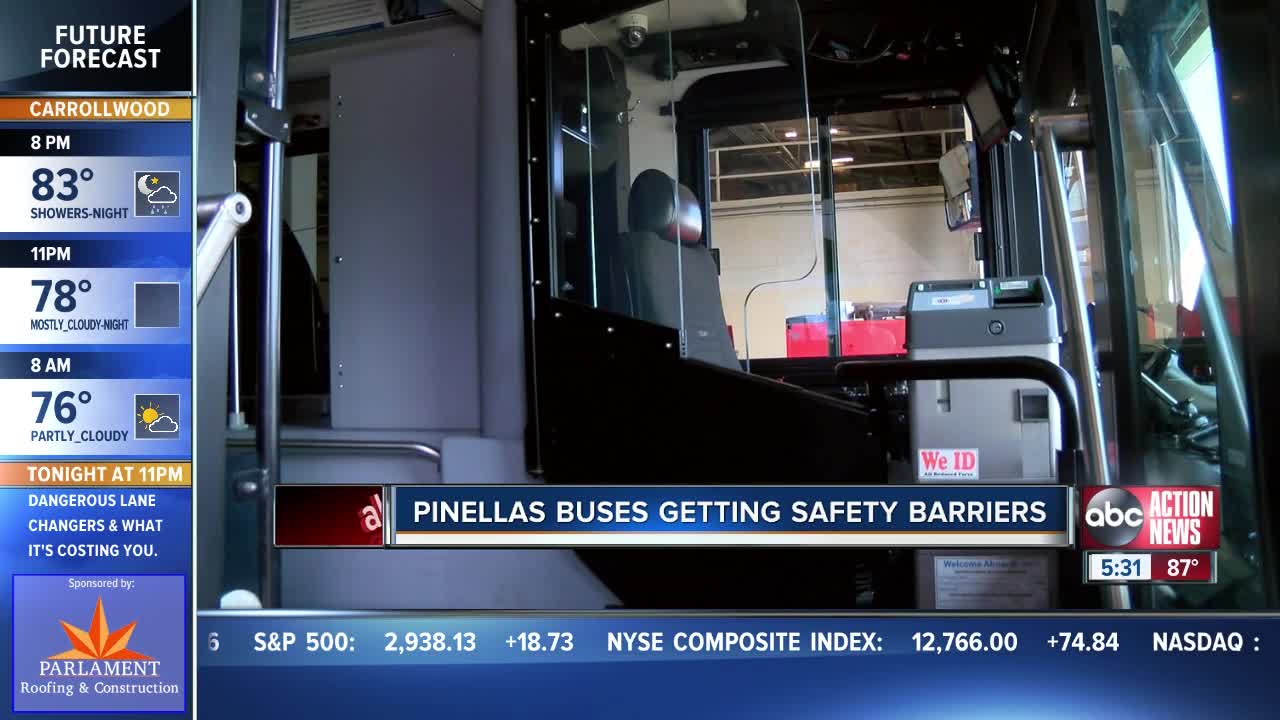 The Hillsborough Area Regional Transit Authority is currently installing more than $1M of safety shields manufactured of tempered glass on its fleet of 180 buses and 12 HARTFlex vans with the support of the Amalgamated Transit Union Local 1593. 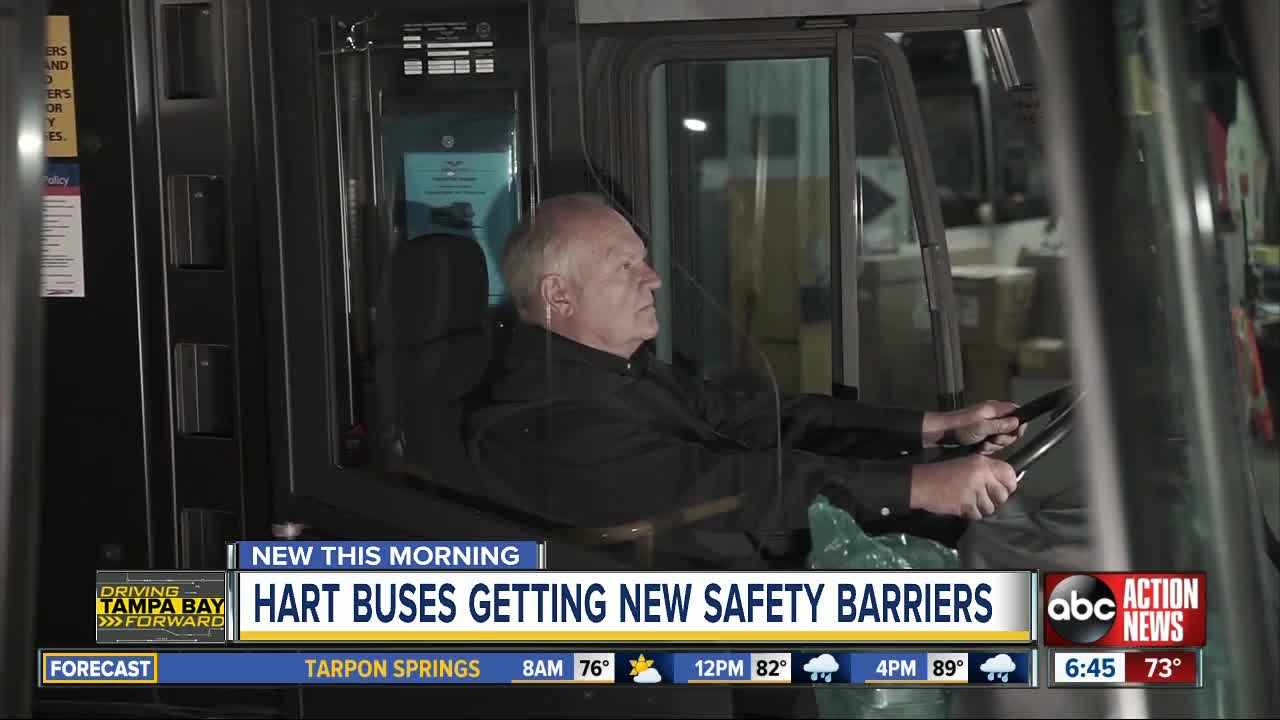 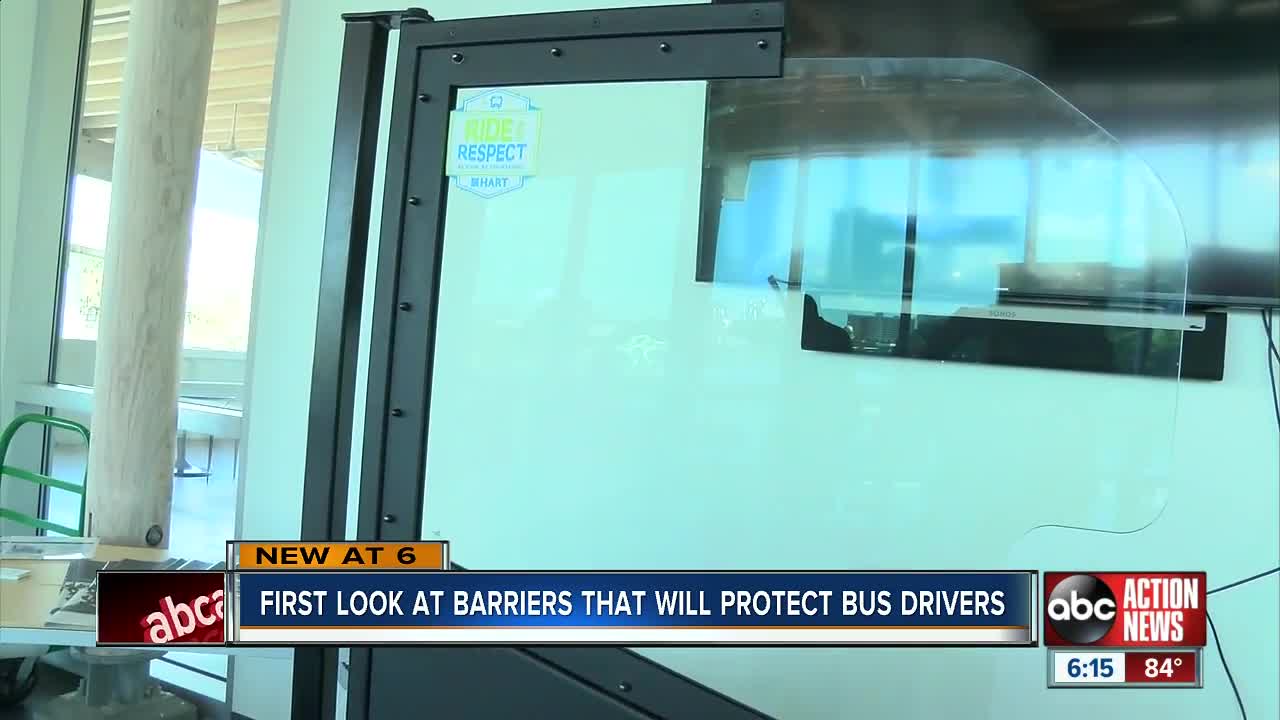 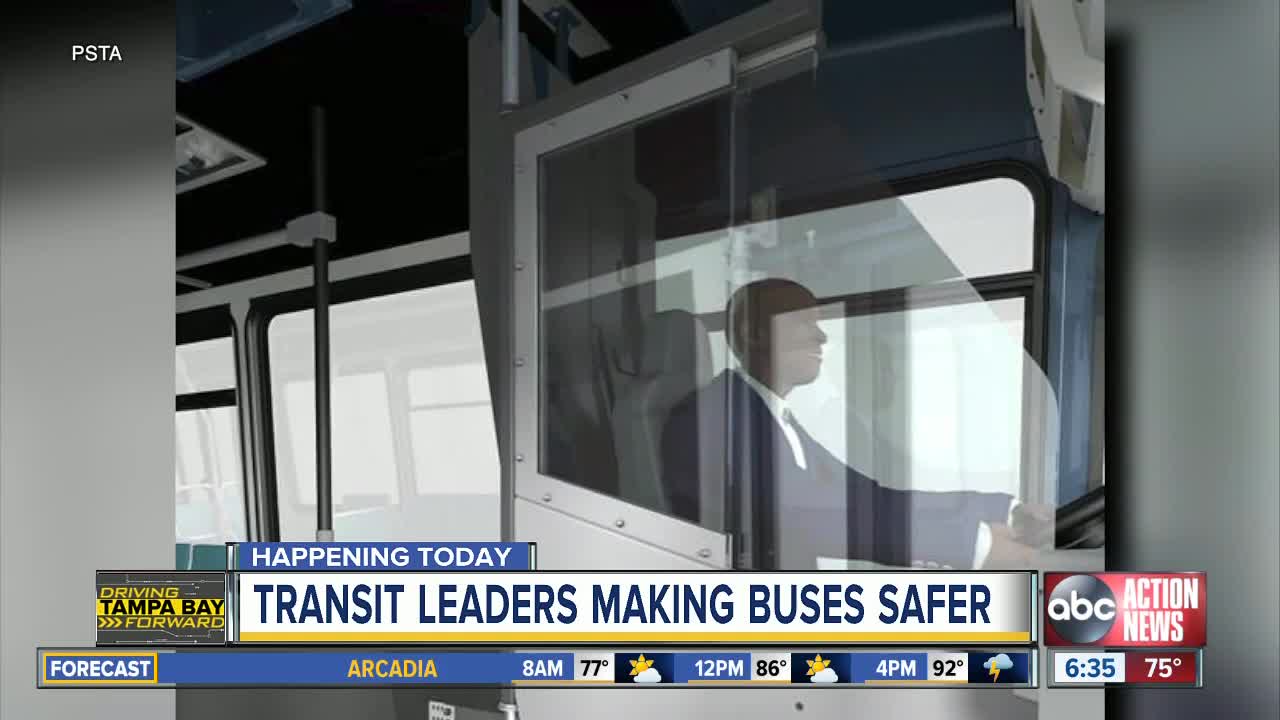 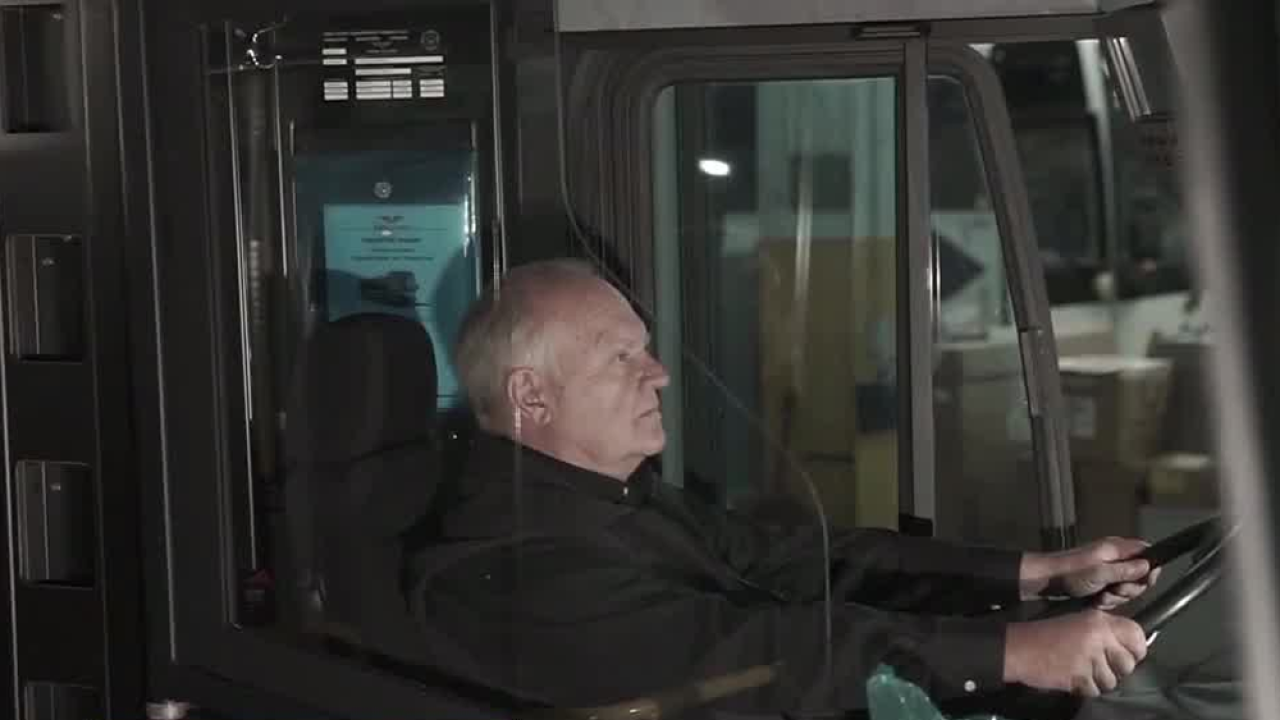 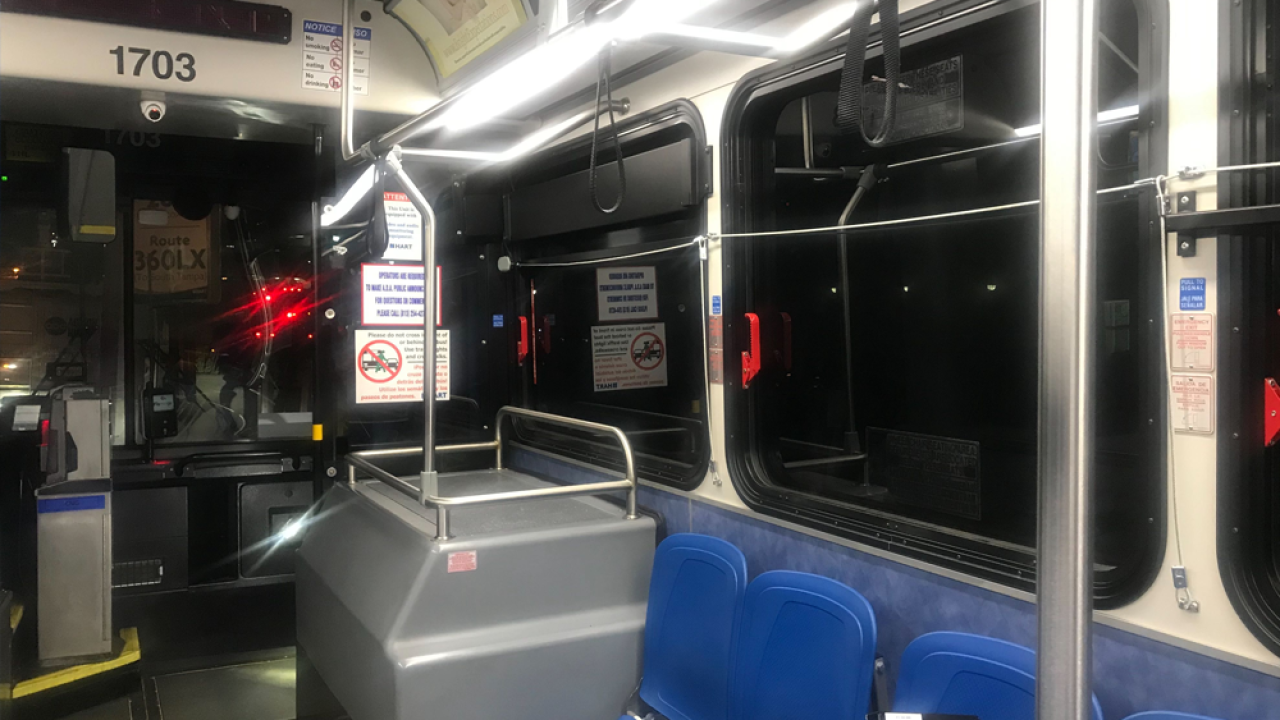 HILLSBOROUGH COUNTY, Fla. — The Hillsborough Area Regional Transit Authority is currently installing more than $1M of safety shields manufactured of tempered glass on its fleet of 180 buses and 12 HARTFlex vans with the support of the Amalgamated Transit Union Local 1593.

HART's maintenance team, in coordination with AROW Global, is custom-fitting each bus and van which includes moving the fare box and other on-board equipment. The new safety-shields will be rolled out to the public on a regular schedule over the next few weeks.

Each shield is equipped with an interior latch which operators can slide-lock while in their seat compartment, according to HART.

The training is taught by actual sheriff deputies with portions of the training will take place on actual HART buses, according to HART.

This comes as HART gathered national safety experts and transit peers from across the country for the first statewide Transit Safety & Security Symposium in July.

Transit leaders have developed solutions to improve operator and customer safety on public transportation with topics ranging from Transit Worker Altercations to Hazard and Threat Identification and Analysis.

This comes just months after police say a passenger stabbed Thomas Dunn, a HART bus driver, to death on his route.

“He’s a hero in that regard and also in the regard in leading us to change to make our bus system safe against the crazy violence we sometimes face today,” said Mariella Smith, Hillsborough County Commissioner and HART board member.

Johnson and Joshua Jefferson, another HART bus Operator, say missing and mourning Dunn’s death will never go away but it also hasn’t deterred them from doing what they love.

"Anytime I ride down Nebraska I dedicate it to him. I ride this bus and I drive this bus because it’s my life and I love it,” said Johnson.

"HART is proud to assemble national safety experts and our transit peers together to develop real-world safety and security solutions for our industry," said Benjamin Limmer, HART CEO. "We made a commitment to our employees, customers and community that we would be bring together our elected officials and transit industry leaders to to discuss innovative approaches to keeping the transit community safe and we are proud to deliver on that promise."

"This is one of the worst attack zones right here around this area," said Mark Ricklefs, who works with Arow Global, back in July. "It is a deterrent to help protect the driver from getting abused, verbally or with material.”

In recent months, HART has been assessing safety and security of bus drivers.

A Federal Transit Authority report found the number one cause of transit worker assaults is disputes over paying the fare. Other issues include routes in high-crime areas, waking a sleeping passenger, dealing with passengers who are intoxicated or have a mental illness, according to the findings.

"It was just too late. I believe that we were trying to initiate these things prior to his death and it just happened too late. And it’s a tragedy that he had to die for this to happen,” said Johnson.

Ricklefs says their phones have been ringing off the hook in Florida and all over the county for these types of shields.

"It’s not slowing down anytime soon," he said.

Hart Board member, and Hillsborough County Commissioner Mariella Smith is proud of how fast HART worked to get this done.

"Our world has become much more violent over a very short period of time so this is something that we’ve had to address and face very quickly,” said Smith.

Transit leaders will also be looking at what solutions can be used to prevent attacks, such as cashless fare systems, left-side driver exit doors, better security cameras and lighting and more.

"It is a positive, did It come too late? Yes most definitely. But it is a step forward in ensuring that all of our members are coming to work safely and able to go back home to their kids, family, loved ones safely," said Tunishia Jordan, a HART bus operator. "We do what we do because we love it not because we have to.”

This also comes as HART launches a new campaign called Ride With Respect.