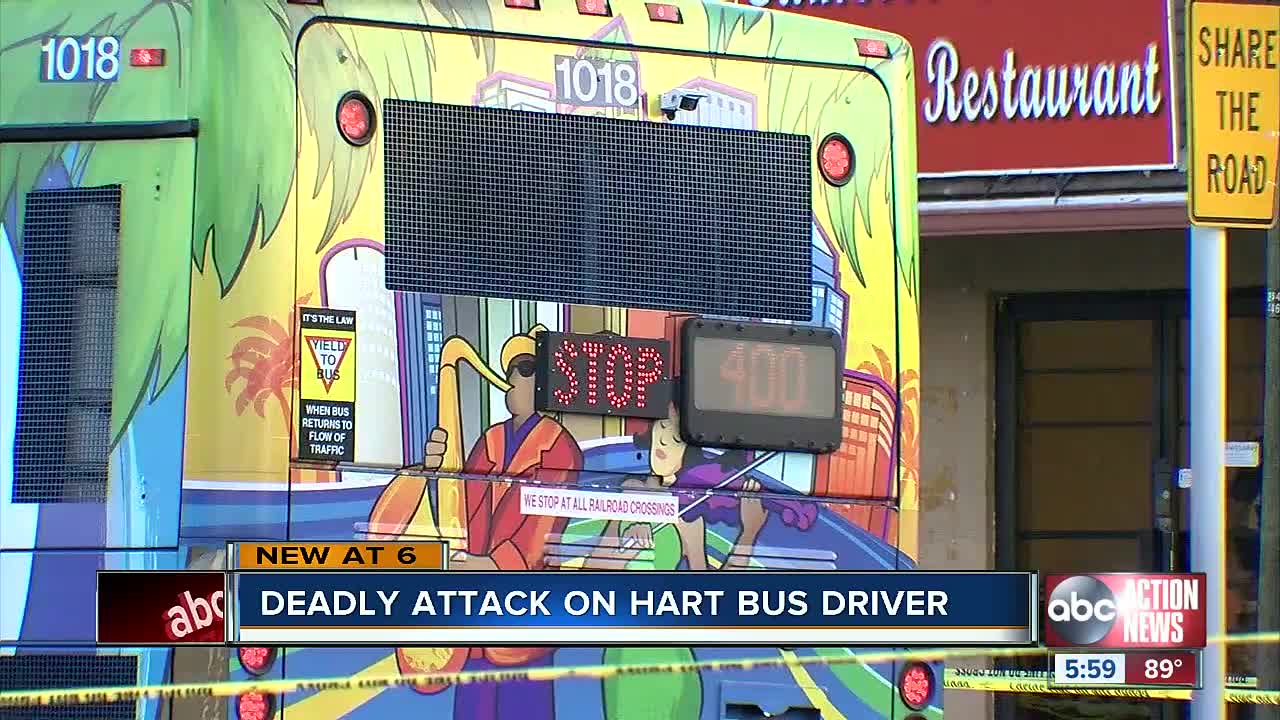 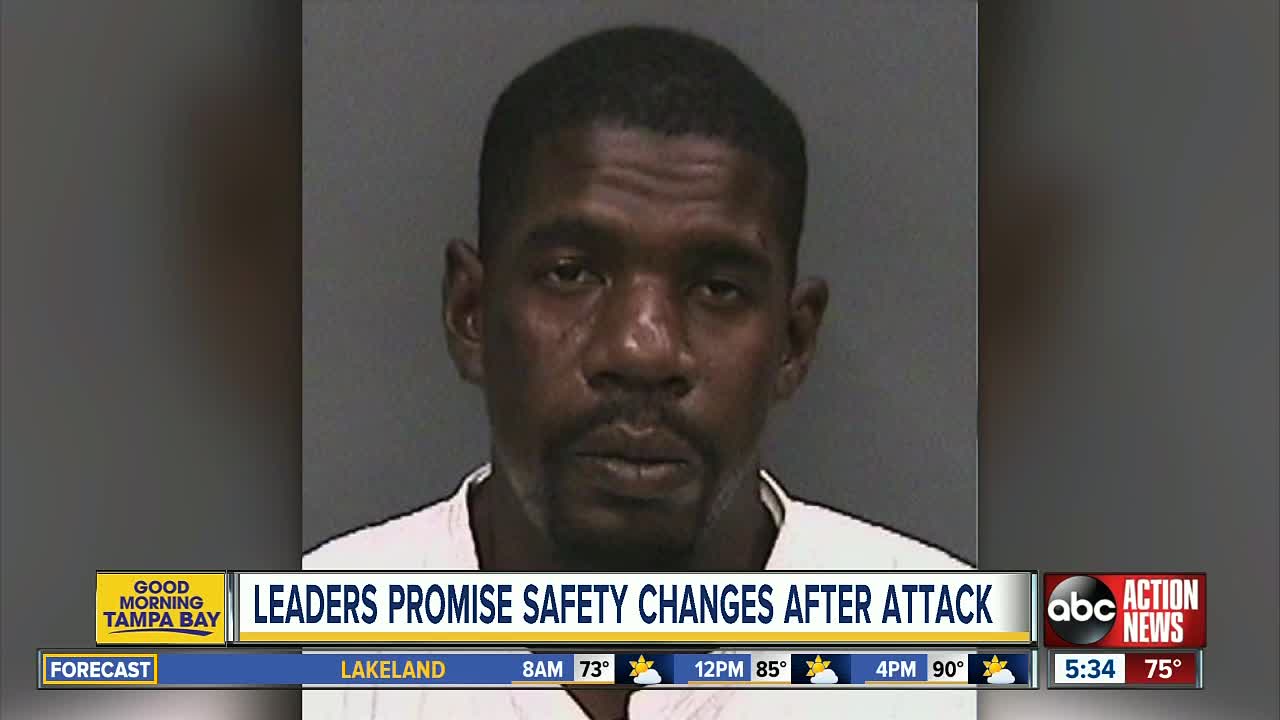 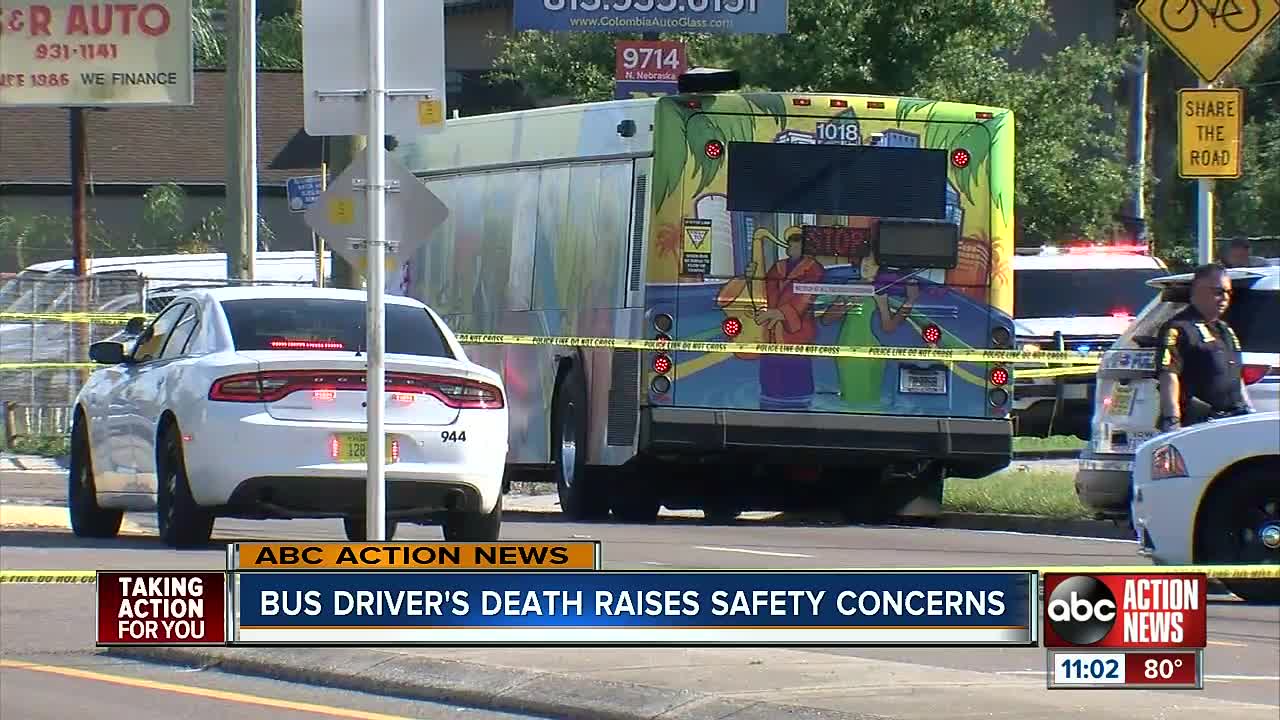 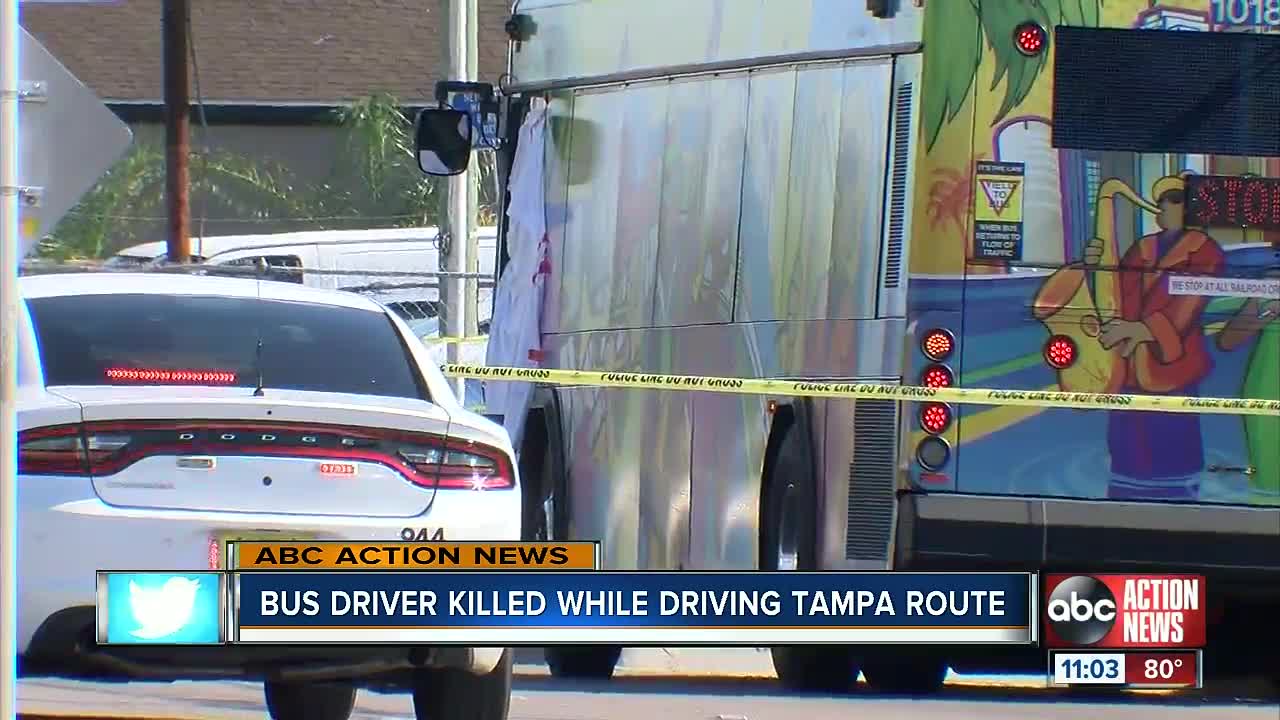 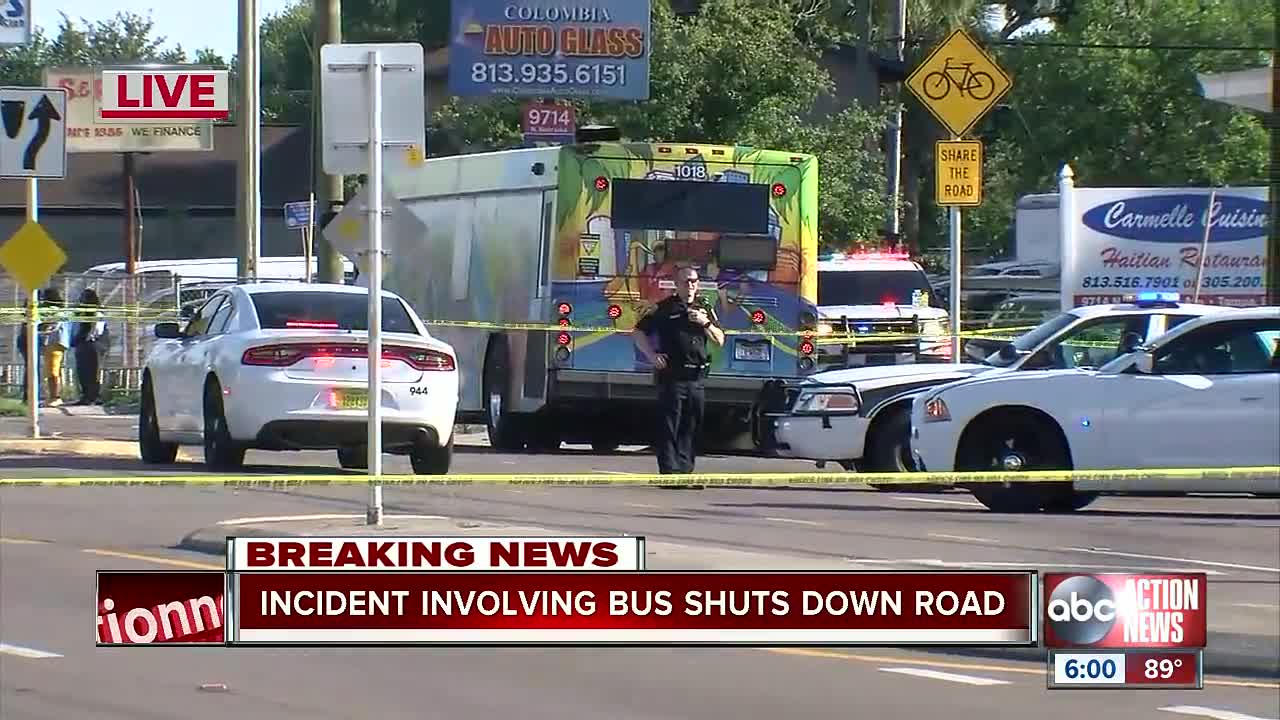 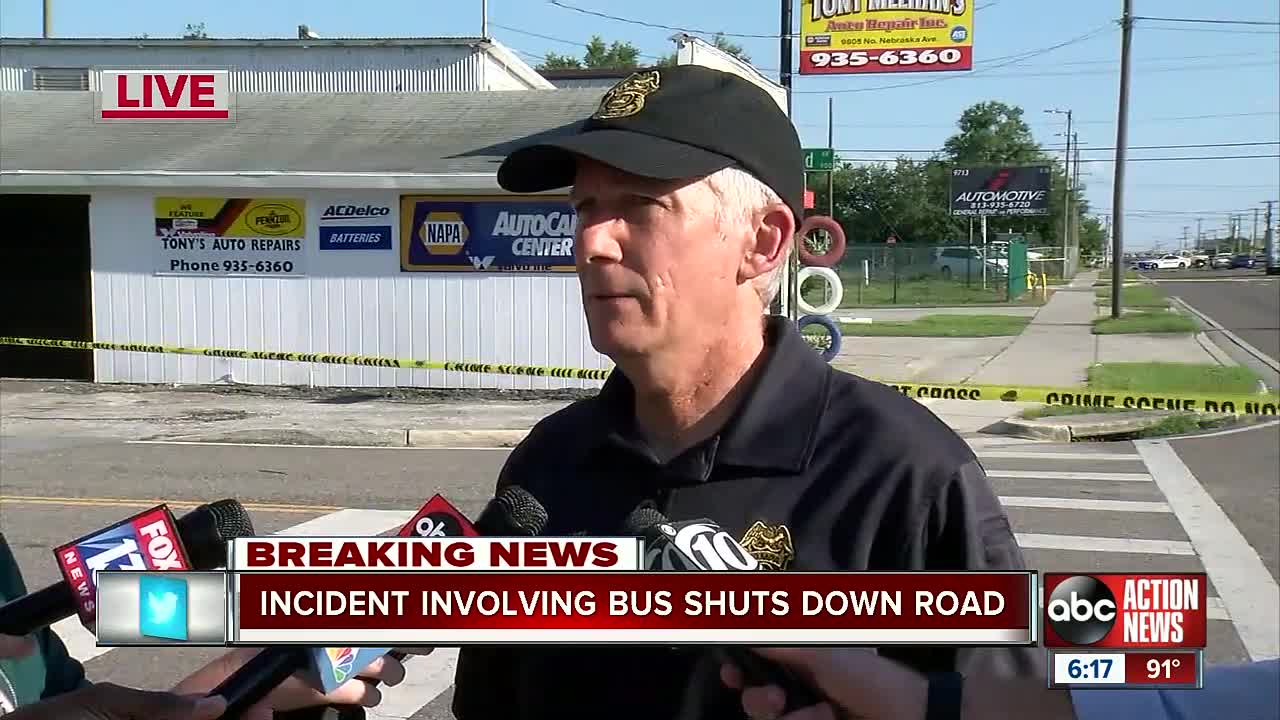 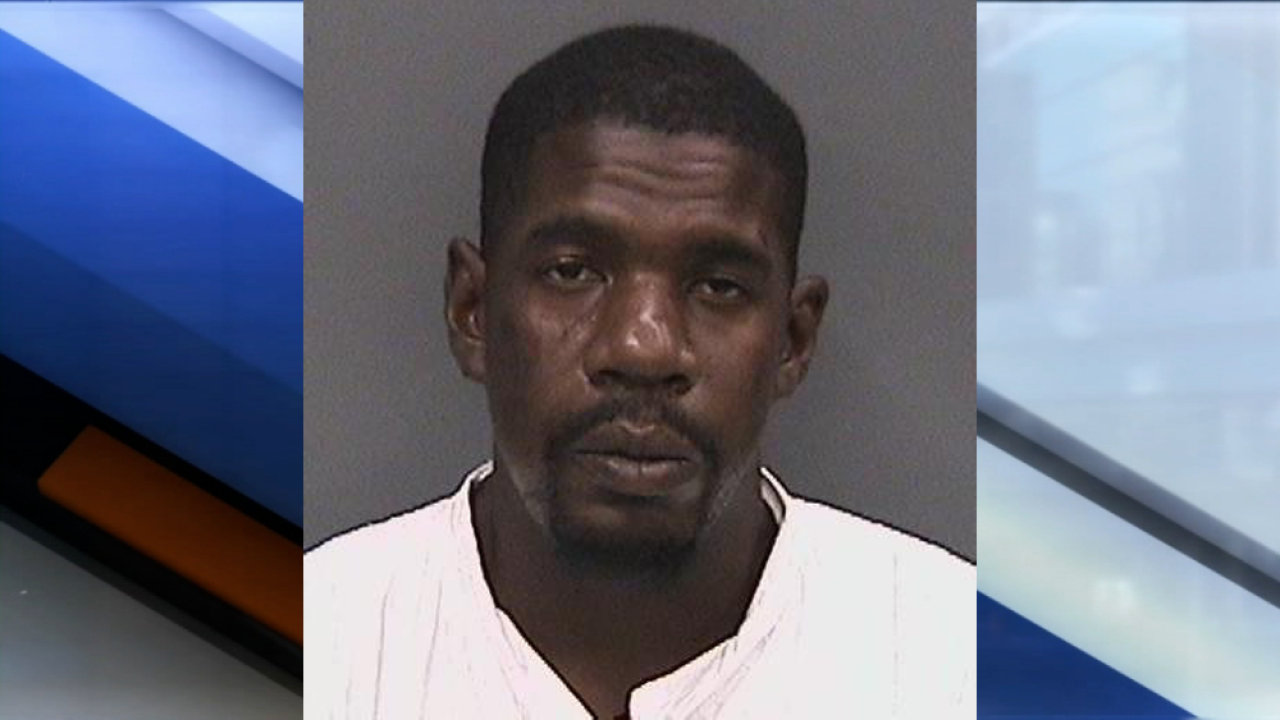 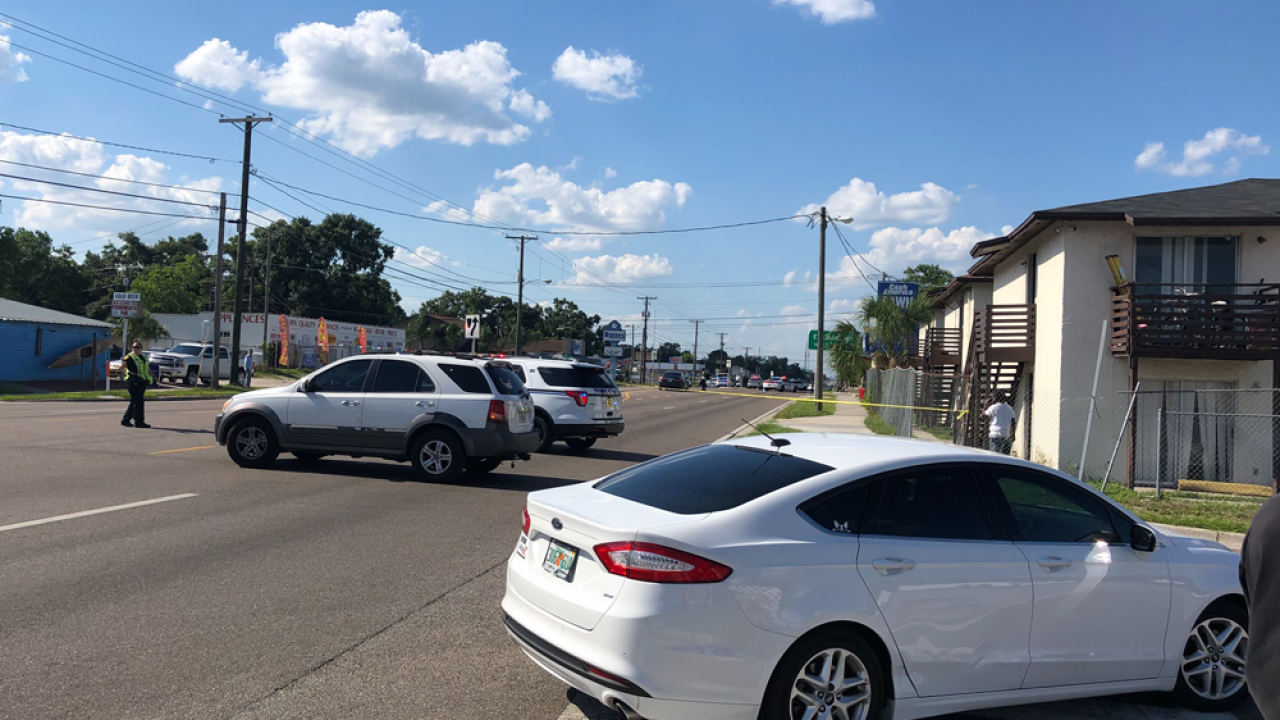 It happened at North Nebraska Avenue and East Lotus Avenue around 4 p.m. Police say a passenger on the bus stabbed the driver and then ran away toward I-275.

Based on a description of the passenger given by a witness, police arrested 35-year-old Justin McGriff.

He was located near the interstate and, when approached by officers, ran and resisted arrest, according to police.

He was originally only charged with resisting arrest without violence, but on Sunday afternoon police announced he was charged with first-degree murder.

The bus driver died at the scene from his injuries.

"After being struck, [he] successfully navigated the bus to the side of the road, stopping the bus and saving further injuries from the additional 12 passengers," HART Chief Executive officer Ben Limmer said in a press conference Sunday.

Limmer says that HART officials will be meeting with transit officials across the state to discuss safety measures. A time frame for meetings has not been set.

"There’s absolutely no doubt that yesterday‘s event was a game changer, quite honestly," Limmer says.

Police say there is no clear motive for the stabbing. They are speaking to witnesses and reviewing video from the bus as they investigate.

Emma Miller lives nearby and says that she and her infant son take the 400 bus line frequently.

"If that had happened while I was on the bus with my child I wouldn’t even of known what to do. Where can you run? The bus driver has to open the front and the back door for you be able to get off the bus," Miller said. "I feel sorry for him and his family, just thought he came to work that day to make a living for his family and now he won’t be able to make it home because someone took his life."

Co-workers and members of the Amalgamated Transit Union 1593 say changes need to be made.

"They are in fear right now because of what happened," said Latisha Jones. "I would probably be in fear if I had to go do the 400 today or tonight.”

HART hasn't publicly identified the driver, but 5 months ago, he told the HART board he was concerned about his safety detailing an incident that happened on his bus.

"He was assaulted and spit on, hit with the shoe and really felt safety was not an issue for HART," Jones said.

Transit worker and Pedestrian act, a federal bill that has already gained traction on capitol hill with more than 100 members of congress co-sponsoring, would call for harsher punishments when it comes to bus driver assaults. It would also help provide transit systems nationwide funding for safety measures like glass partitions around drivers.

Transit Systems would also be required to report assaults to a federal database.