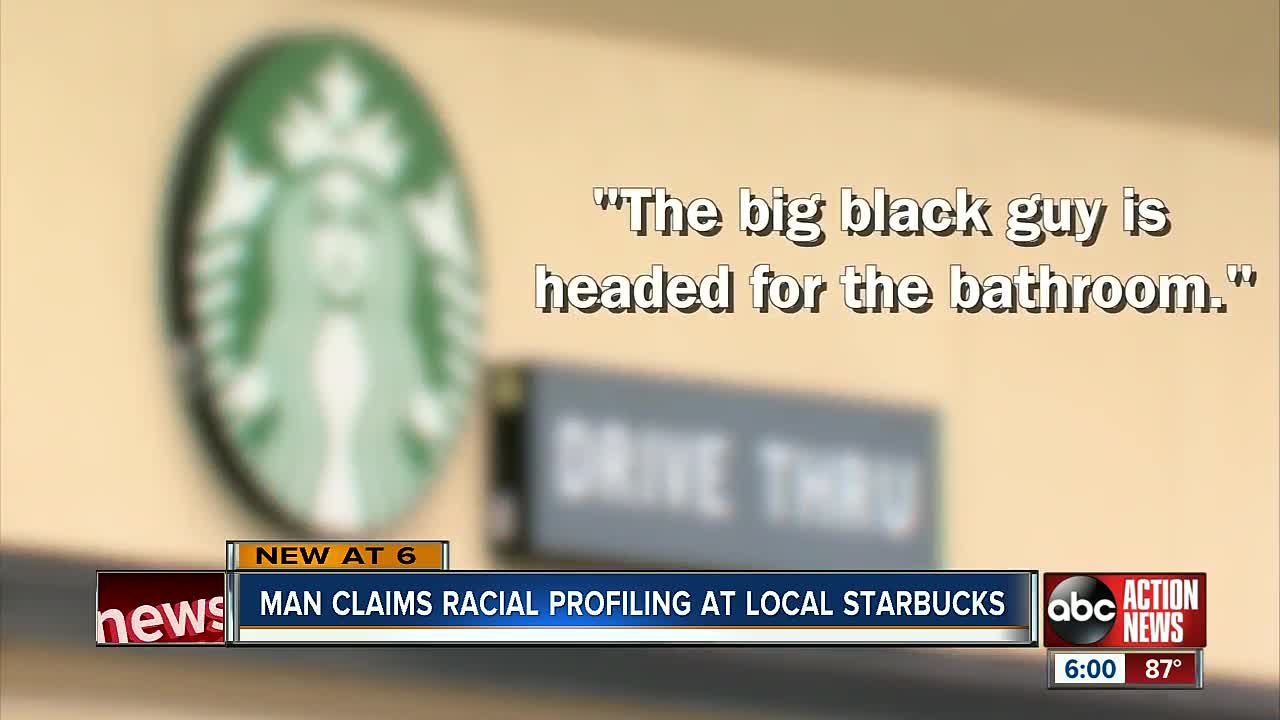 A man is accusing a Tampa Bay Area Starbucks of racially profiling him for using the bathroom. Story: https://wfts.tv/2H54Do4 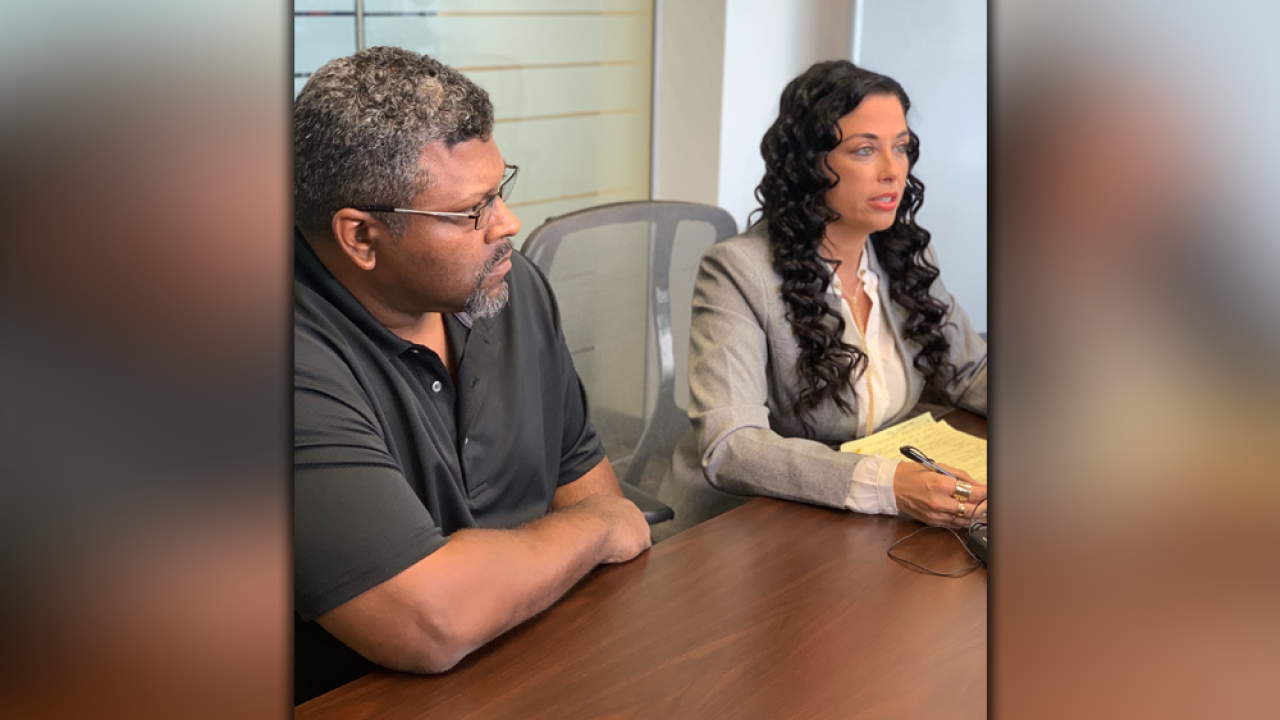 BRANDON, Fla. — A man is accusing a Tampa Bay area Starbucks of racially profiling him for using the bathroom.

Lorne Green is a 44-year-old African-American man. He says he intends to sue Starbucks following an encounter with employees on April 22. Green accompanied by his attorney Jasmine Rand, a civil rights attorney known for representing the family of Trayvon Martin, spoke to media about the occurrence.

According to Green, a public insurance adjuster, he entered the Starbucks on West Brandon Boulevard where he often conducts business meetings and makes purchases. Green says he had to use the bathroom before making an order. Green claims as he was walking he heard an employee say "the big black guy is headed for the bathroom."

“I have never experienced anything like to this to this degree. This is extreme," said Green.

Green says while in the bathroom he heard employees banging on the door asking, "do you need us to call fire rescue?" He calls the question a "pretext" for getting him to leave. Green says he, again, heard an employee mention there was a black man in the bathroom.

“Referring to me being a big black man, I mean it was a big alert for me," said Green.

He says at this point, concerned for his safety, he called Starbucks corporate on a recorded line. Within the bathroom, Green tells the corporate employee about the alleged racial profiling. Green insists this was to report the incident in real-time and to record the incident.

“All my client did was use the bathroom while black," said attorney Jasmine Rand.

Rand played about two minutes of the about 22 minute conversation. She tells ABC Action News her client recorded the conversation while speaking with Starbucks. When we asked about accessing the full call, Rand told us she couldn't hand over the full conversation because of privileged information in the call that needs to be redacted.

The Starbucks employee, on the line with Green, takes down notes of his encounter. The employee then asks Green if he had made a purchase before he entered the bathroom. Rand says this is a big sticking point to intended lawsuit because Starbucks made a public policy change to their use of bathrooms stating anyone is free to use them even without a purchase.

The Starbucks emmployee called police. You can hear that call below:

The change came after major backlash for the coffee giant following a viral story out of Philadelphia. In April of 2018, two African-American men were arrested in a Starbucks after a manager called the police on them. The men, Donte Robinson and Rashon Nelson, initially asked to use the bathroom as they waited for a business meeting but were told it was for paying customers only. They waited at a table, without making a purchase. Their arrest caused uproar nationwide about racial profiling as people protested against Starbucks.

Starbucks CEO, Kevin Johnson, apologized for the arrests calling them "reprehensible." They also shut down 8,000 company-owned stores to educate employees about racial profiling on May 29, 2018.

Green tells ABC Action News when he exited the bathroom he was confronted by an "angry and hostile white female employee." He accused the woman of harassing him and threatening to call police. Shortly after, Hillsborough County Sheriff's Office arrived and issued Green a one-year citation for trespass. The citation calls Green "hostile." Green admits he cussed at employees as he exited the bathroom.

Green wants Starbucks to fire the employee. He also intends to file a civil lawsuit but says he doesn't know what dollar amount in damages he will request.

In the Philadelphia case the two men settled with Starbucks. They also reached a settlement with the city for $1 each as a message. The city agreed to work with the men and a non-profit to award a $200,000 grant to develop "a pilot curriculum for public high school students to develop the skills necessary to pursue their dream of being entrepreneurs," according to a city spokesperson. Starbucks also agreed to give the men the opportunity to complete their undergrad degrees for free.

“We always strive to create a warm environment where everyone feels welcome. We have zero tolerance for discrimination of any kind and take this type of accusation very seriously. We are conducting an investigation to understand what happened and will take appropriate action.”