Firefighters prepare for a spike in calls 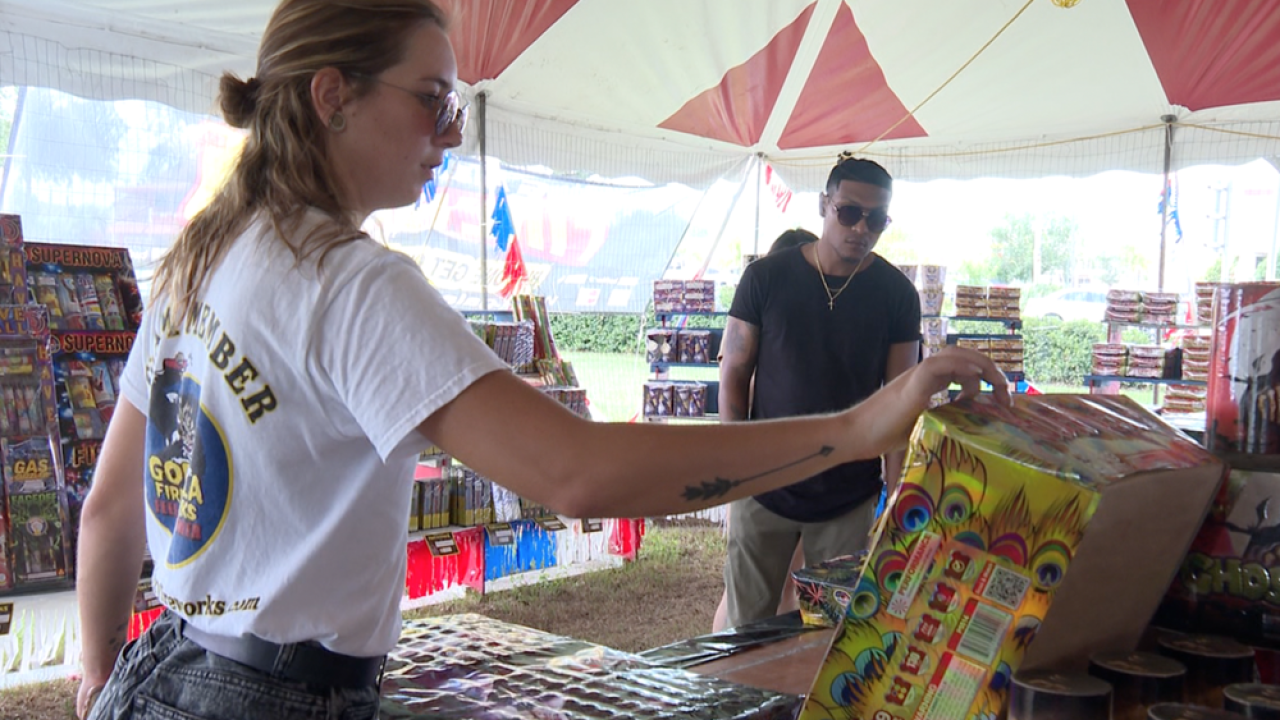 In turn, local firefighters are preparing for a spike in calls.

While firework shows may be fizzling out on both sides of the bay, at the Galaxy Fireworks tent on Dale Mabry in Tampa, sales are exploding.

RECOMMENDED: Boom by the Bay, other local Fourth of July events canceled due to coronavirus

“The sales have been definitely a lot higher than normal,” Catherine Parbel, an employee at the tent explained. “Fireworks are often a last-minute sale so we really expect July 3 and 4 to be extremely busy.

“I’ve had a couple of customers come in and they tell me look I’ve never bought fireworks before. I don’t even know where to start,” she added.

TNT, Pyro Junkies and Phantom Fireworks tell ABC Action News they are also seeing a spike in sales thanks to a triple whammy: canceled organized shows, the holiday falling on a Saturday and a new state rule making fireworks legal on July 4 (and New Year’s Eve).

Rick Gomolak, the District Chief at the St. Petersburg Fire Department says he is worried that they’ll see a spike in calls for fires and injuries.

“We’re really concerned about that. We always try to tell people to leave it to the professionals. We don’t advocate for people do home shows but we realize with the situation we’re in now people are going to,” he explained.

Last year, Gomolak says Pinellas County firefighters responded to 187 fire calls on July 4. That was up 25% from 2018. He expects this year to be even busier.

“We’re really worried about that too because the system right now is taxed with everything going on with COVID-19 so we don’t want to create more work for the firefighters and police officers for preventable things.”

Firefighters who would have been on site at organized shows will now be on call and ready to respond to any injuries.

Sanja Mugenski, the Acting Fire Marshal for Seminole’s Fire Rescue department is hoping people will take extra precautions like monitoring kids as they use sparklers, keeping a bucket of water handy when setting off fireworks and never aiming any firework towards a person or building.

“You should keep in mind that you are not a pyrotechnician,” she said. “Fireworks can be unpredictable. You never know what direction it’s going to go in the air. Remember if it goes up, it’s going to come down at some point.”

“We can’t emphasize enough just because you’ve done it before doesn’t mean there can’t be a malfunction with the fireworks,” Gomolak added.

Parbel says she’s making it clear to everyone, especially those first-time pyrotechnicians, that safety is paramount.

“We are happy to answer questions, we have everyone sign forms so that way they know the rules. We give everyone a sheet that has steps on how to do fireworks and how to be safe with them,” she explained.