The Hillsborough County Sheriff's Office is searching for an armed suspect in relation to a string of carjackings throughout multiple counties in the Tampa Bay Area.

TAMPA BAY, Fla. — An armed carjacking suspect was arrested in Tampa after admitting himself to a mental health facility under a false name.

The suspect, who deputies have identified as Majar L. Jones, 43, of Orlando, was involved in an incident that included shots fired.

Tampa Police learned about the facility and arrested Jones without incident. However, the stolen Ford F150 was not recovered. 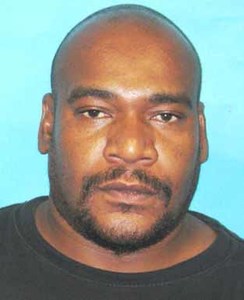 Jones reportedly came from Orange County where he reportedly carjacked someone in a Cadillac on Kirkman Road in Orlando. He was spotted traveling on I-4 westbound. Deputies pursued the vehicle into Hillsborough County. Jones then ran into a construction site where he targeted his next car, deputies say.

Jorge Ballin is thankful to be alive. He walks up to his red truck sticking his finger through the bullet hole meant for him.

He jumped in his red truck and followed the man stealing his work car. Unaware the man also stole a Cadillac out of Osceola County, just hours earlier, and lead police on a chase through Polk and Hillsborough Counties.

"I work every day six days a week," said Ballin. "Just for a guy to show up, jump in the truck and to take off with my truck, my tools."

They ended up at a Marathon gas station on Thonotosassa Road and Marshal Drive where Ballin blocked him off. Jones then gets out of the stolen car and tries to open Ballin’s door but when he realizes it’s locked he pulls out a gun.

“I ducked down when I saw the gun," said Ballin. “I was scared. Really, really scared.”

Scared but unharmed. Jones drives off in the stolen truck.

“It was wild. This is a very peaceful little area right here. It’s my slice of heaven," said Parrish.

Looking back Ballin says he wouldn’t have followed after him. At this moment, he’s just thankful he’ll see his three children tonight. He’s got these words to the man who stole his car and nearly his life.

“Bro, good luck. If you get caught you are going to be in trouble. Deep trouble," he said.

Deputies say the Jones is considered "armed and extremely dangerous." He was last seen in a green 2002 Ford F150 with license plate 937 9TJ, traveling southbound on Thonotosassa Road in Plant City.

If you have seen this vehicle or anyone fitting the description of the suspect, please call 911 immediately. 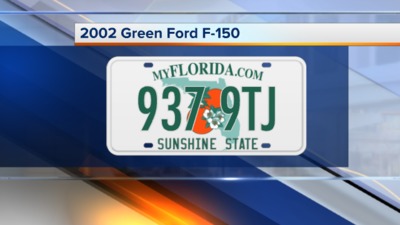