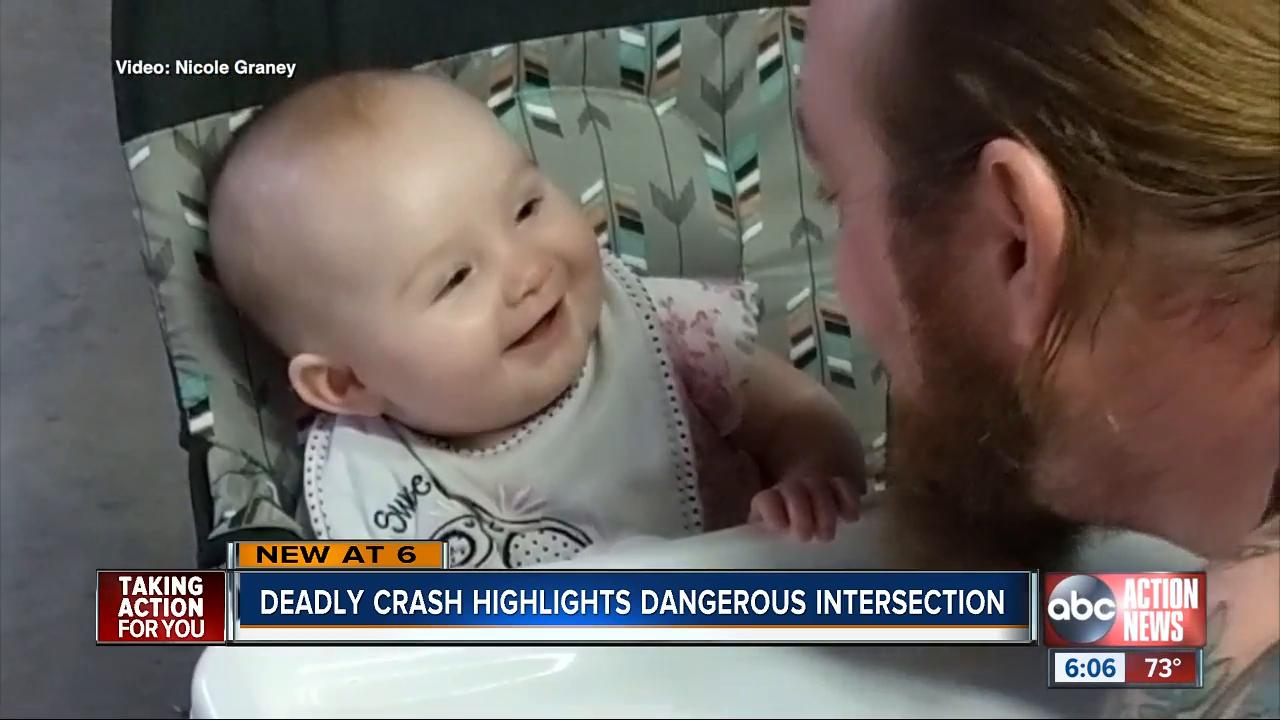 The motorcycle mechanic was newly retired after two decades in the Air Force. But most importantly he was a father of four. HILLSBOROUGH COUNTY, Fla. -- We're uncovering new details about a crash that killed a motorcyclist and sent a man to jail.

Memories are all that’s left of Jarid “Shane” Jones. The motorcycle mechanic was newly retired after two decades in the Air Force.

But most importantly, he was a father of four.

Nicole Graney carries a piece of her husband everywhere she goes. She wears a necklace carrying his ashes.

“He was my everything and everyone who knew us knew we were soulmates," said Graney.

Jones died at this intersection of Holloway Road and Mud Lake Road. Hillsborough County deputies believe Daniel Campos Castro was impaired when he pulled past the intersection and onto the road. Two motorcyclists then crashed into his car.

“Now, my girls will never know how much he loved them," said Graney.

Neighbors say this crash also spotlights a problem with this intersection.

“I think it’s dangerous, you can’t see unless you pull out almost on the road to see the traffic coming," said Rhonda Locker.

We saw time and time again as drivers went far beyond the stop sign and sometimes further out to see beyond the tall hedges.

“I think they need— caution lights— or even a light," she said.

As for Campos, he remains in jail on driving without a license. He's got an ICE hold.