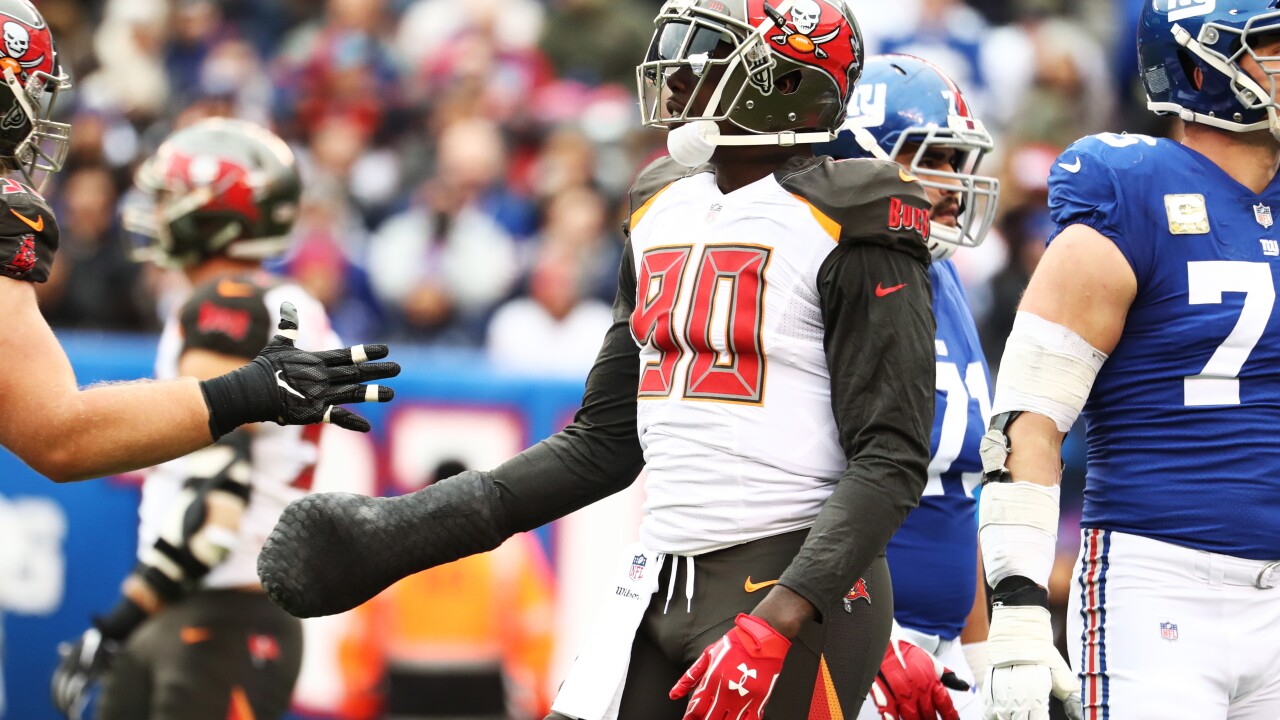 TAMPA, Fla. -- The Tampa Bay Buccaneers may get their star pass rusher back at some point in the 2019 NFL season.

NFL Network's Tom Pelissero reports Jason Pierre-Paul had been cleared by the team and Pierre-Paul's independent doctors to begin rehabbing.

Less than four months after suffering a fractured vertebra in a car wreck, #Bucs DE Jason Pierre-Paul has been cleared by club and independent doctors to resume rehab activities, sources say. Still a process to be cleared to play, but positive steps after rare and serious injury.

The team and the doctor's clearance comes a little less than four months after the 30-year-old was involved in a serious, single-car crash in South Florida.

Pierre-Paul still has ways to go before he returns to the field, as he was seen wearing a neck brace over the summer. Pelissero says the clearance is "positive steps after rare and serious injury."

The Bucs did not say when the team expects Pierre-Paul to take the field or will wear pads during practice.

Pierre-Paul, who previously starred with the South Florida Bulls and the New York Giants, joined the Bucs in 2018 and recorded 12.5 sacked for the team.

Back in July 2015, Pierre-Paul was involved in a freak fireworks accident. He had to get his right index finger amputated following the Fourth of July accident.