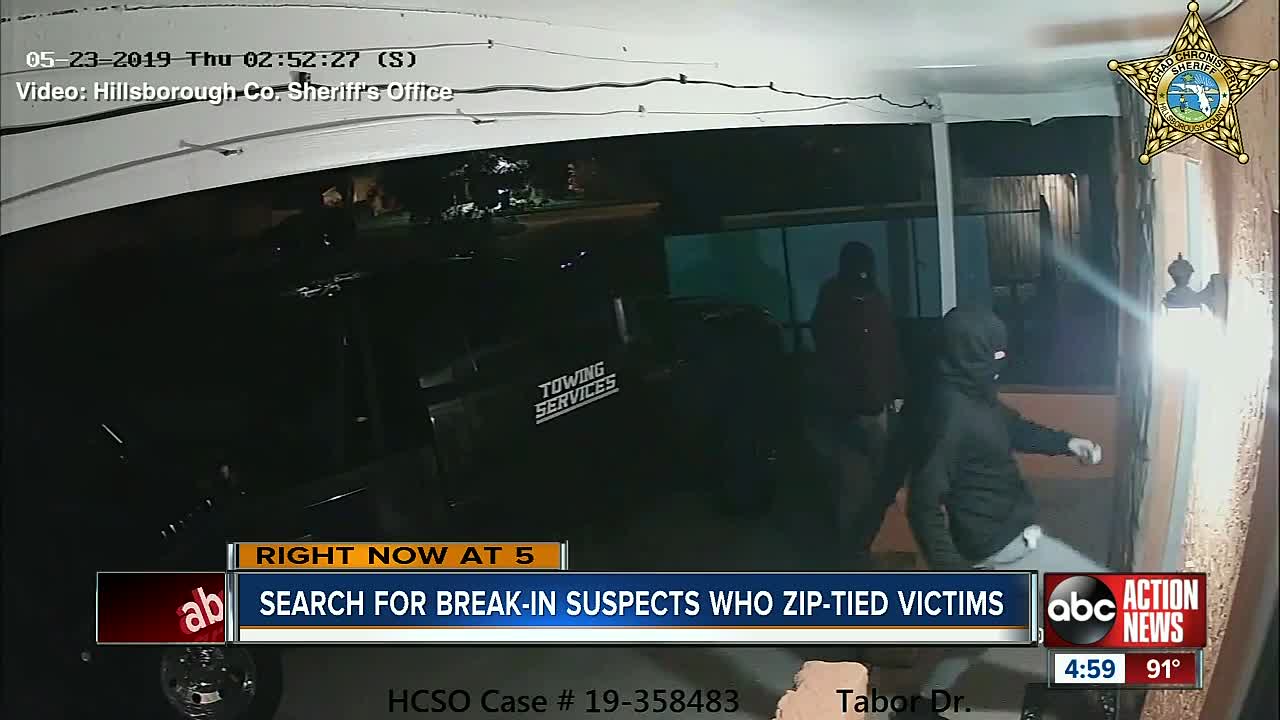 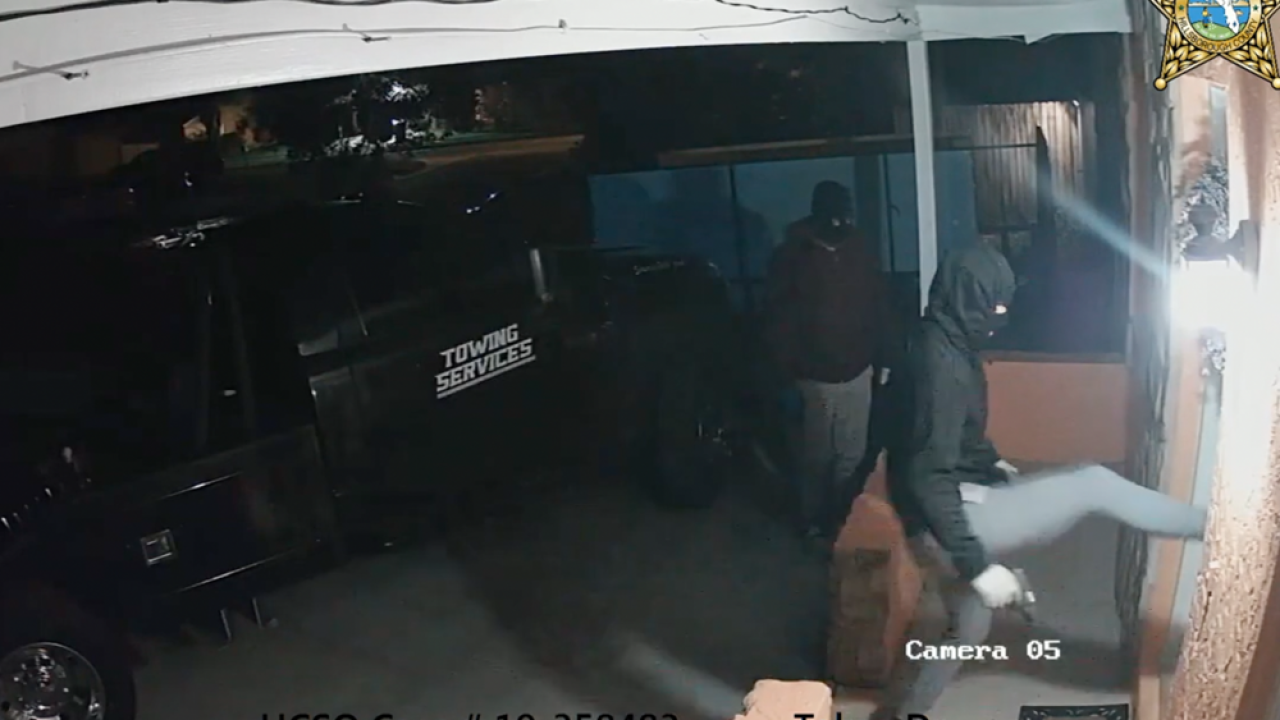 “This is scary, this is scary," said neighbor Samuel Persaud. He heard the door getting kicked in.“You know when the police break a door open? That’s what it sounded like.”

The burglars told the sleeping couple they were police. One of the victims did not want to go on camera but tells ABC Action News the men forced them and their father into the living room, zip-tied their hands and rummaged through the house. At some point, she says, one of the unknown men accidentally fired his gun. The round punched a hole through their kitchen wall and into the bathroom.

HCSO says the men left the house in a gray sedan.

“I see a car taking off from this direction and zooming that way," pointed Persaud.

The homeowner's wife says her husband freed one of his hands and actually drove after them. She says he chased after them for about an hour into Pinellas County but ultimately couldn’t catch them.

“He shouldn’t have done that. That could backfire on him," said Persaud.

The family tells me they are lucky to be alive.

HCSO believes this wasn’t random and that the family was targeted. The victims tell me they don’t recognize the men. They say the had that amount of cash in their home because they do repo work and buy used cars.

The victims say they just installed their camera system after friends of theirs were also hit by burglars.

“Oh, man. I hope they catch them before somebody gets killed," said Persaud.