It was World War II. Fran Johnson was the wife of a Navy sailor stationed in San Francisco. To try to pass the time she learned how to crochet.

“We were trying to entertain ourselves,” Johnson says with a smile.

As a volunteer, Johnson has crocheted more than 5,000 caps for newborn babies at South Florida Baptist Hospital. One of the most recent baby cap recipients is Jasline Pineda-Venegas, the first baby born in Hillsborough County in 2018.

“The only right we have is the right to be useful, and I try to live by that,” says Johnson, who has volunteered at the hospital for 36 years.

“I never worked for the hours,” Johnson says. “I worked because I wanted to do something for somebody.”

With the weather so cold and blustery, the crocheted caps are a necessity. 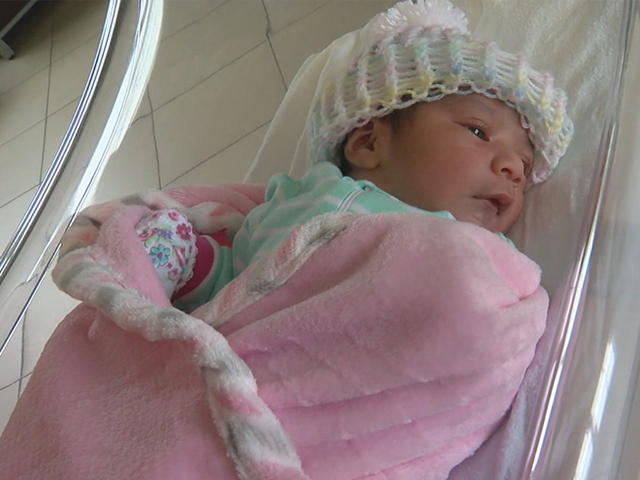 “They keep the warmth in the baby’s head," Johnson says.

She alternates the colors. First crocheting a pink cap, then a blue one, a pink, a blue, and so on. Around the holidays, she makes festive white caps.

Fran's boss, Eugena Gale, says Johnson is always in a good mood and he volunteering has touching the lives of many children, including her own.

“I had my two kids here and they both still have their hats that Fran made," said Gale. "And they’re in their 30s now!”

Fran will turn 95 in April but she has no plans for retirement. After all, she also volunteers at the local chamber of commerce and Meals on Wheels.

“I’m not going to sit home and vegetate until I have to,” Johsnon says.

If you are interested in volunteering at South Florida Baptist Hospital, visit baycare.org/sfbh/volunteer.