Man charged with murder of 16-year-old girl, her mother killed in triple shooting in Brooksville

BROOKSVILLE, Fla. — Investigators with the Hernando County Sheriff's Office have officially charged the suspect in connection with the triple shooting that killed a 16-year-old girl and her mother on Tuesday night in Brooksville. 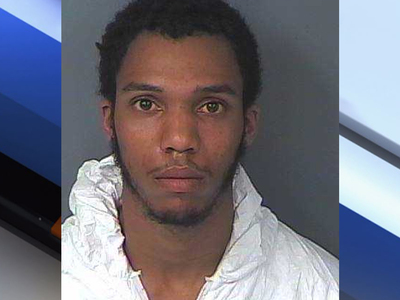 Authorities say the shooting occurred Tuesday night inside a home on Azen Loop in the Hill ‘n Dale neighborhood.The Sheriff confirmed dispatchers received calls from neighbors who heard gunshots coming from the 27300 block of Azen Loop.

Sheriff Nienhuis said, "there was shootings involved but there was also other violence involved that my detectives don’t want me to release right now, but there was violence over and above shooting."

When deputies arrived on scene they found three victims. Two of the victims, 16-year-old Brene Marshall and her mother, Taneta Morrell, 40, were deceased inside the home. Paramedics airlifted the survivor, Adolphus Washington, 36, to a local trauma center. He is currently fighting for his life, deputies say.

Victims in the Brooksville triple shooting. Sheriff said this was “above and beyond” gun violence. Taneta Morrell and her daughter Brena Marshall died. Adolphus Washington (Morrell’s boyfriend) is in the hospital. #GMTB @abcactionnews pic.twitter.com/qWF9ng4rr0

The Sheriff says that the three victims lived in the house together. The three were all related by marriage or by blood, according to HCSO.

Muhammed Kalam lives down the street and says the victims were religious and friendly people. Kalam said, "It's sad that girl didn’t even get to make it to become a full adult yet, she was just beginning to drive."

Sheriff Nienhuis says deputies determined Francis may have broken into a home a few blocks away on Cammie Street.

Authorities determined the Francis was a strong person of interest in the shootings and had multiple felony warrants out for his arrest. They have not been able to determine if there was any relationship between the victims and Francis at this time.

Around 1:30 a.m., members of the Hernando County SWAT team entered the home. They located Francis who was taken into custody.

Christine Ali says the home where Francis was barricaded belonged to her late mother.

There are bullet holes in the windows and she says the rooms were turned upside down.

"It feel like tear gas, gas bombs. It burns your throat and your eyes and everything when you go in there," said Christine Ali.

Friends of the 16-year-old victim will remember her on her birthday on Friday at 7 p.m. They will gather at the home where she lost her life.

"I know that she believed in God and I have no doubts where she's at and that she's in peace, but we're left to deal with this and it hurts really, really bad," said teacher Tammie Greene.

Detectives are trying to determine the motive for the shootings.

Sheriff Nienhuis does not believe there are any additional suspects on the run and says neighbors can rest easy knowing Francis is now in custody.

Officials currently do not believe the triple shooting is related to another shooting in Brooksville earlier Tuesday night.

Francis is currently being held at the Hernando County Detention Center on a No Bond status.