Sheriff: Gunman confesses to execution-style murder of his next door neighbor 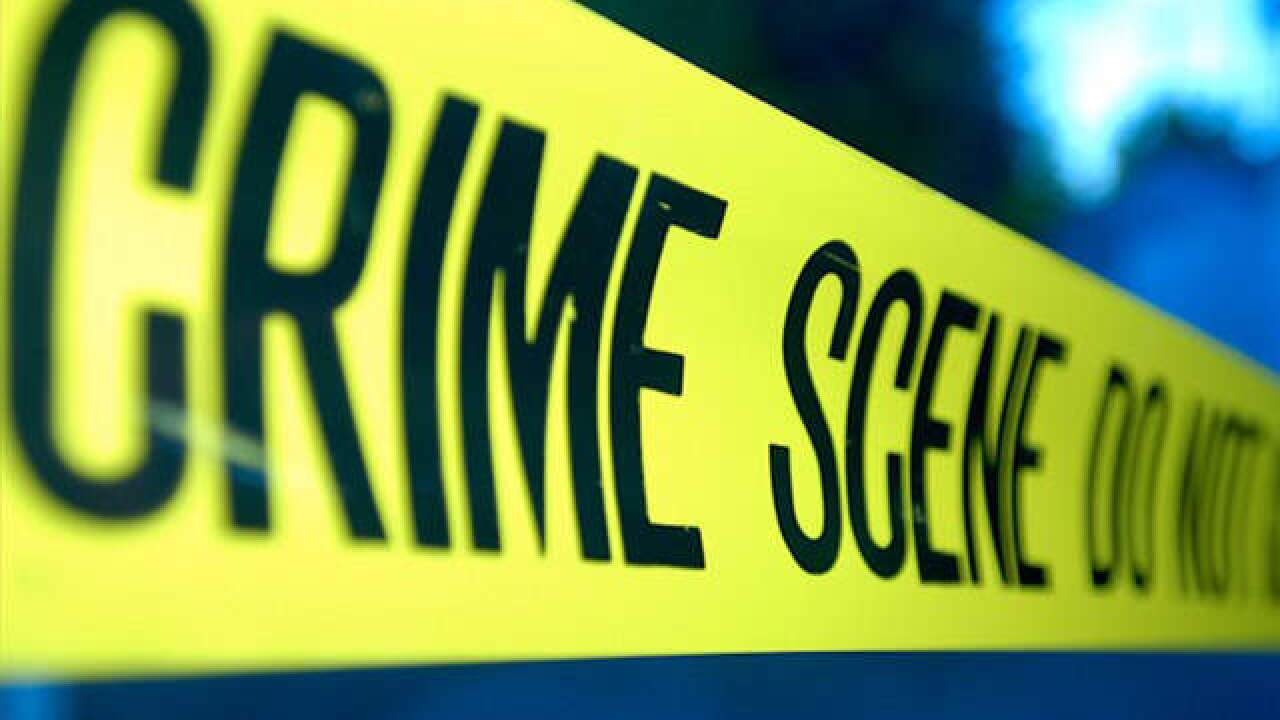 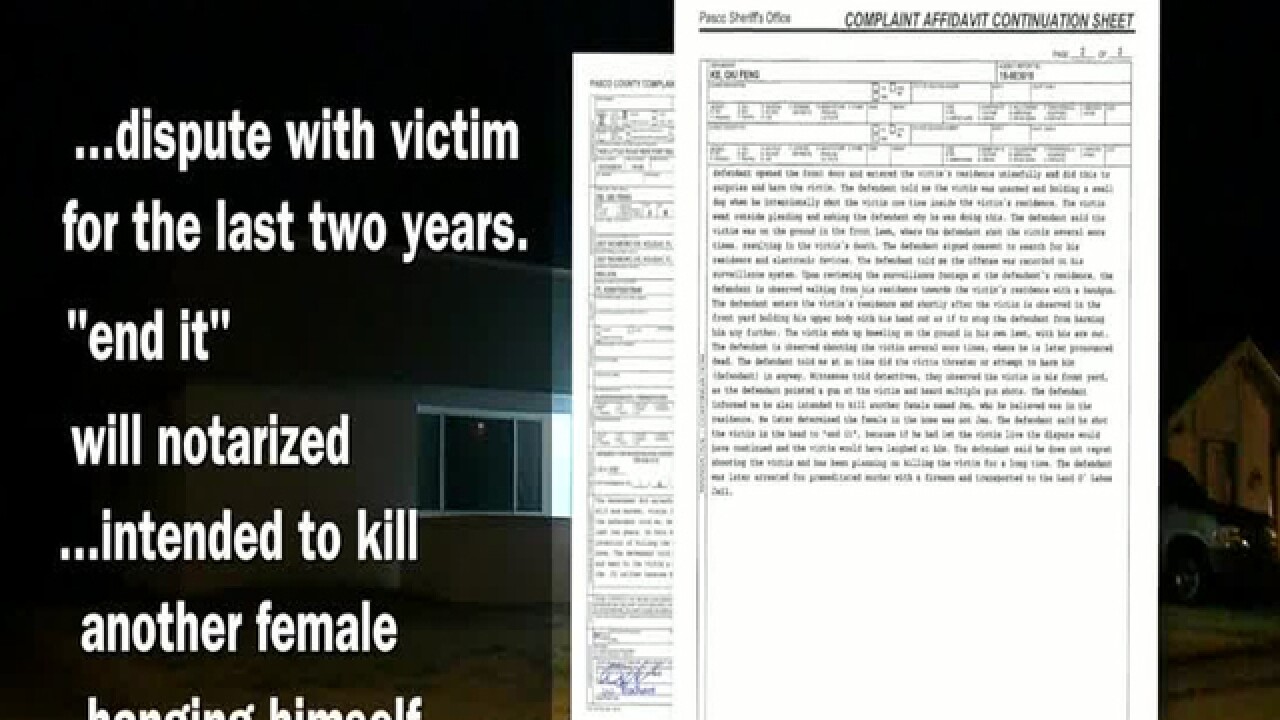 HOLIDAY, Fla. — The Pasco County Sheriff's Office said Qiu Feng Ke, 60, planned on killing his next door neighbor for a "long time" following an ongoing dispute between the two neighbors.

On Tuesday, just after noon investigators said Ke walked over to his next door neighbor, Edward Tudor's home and opened fire.

Investigators said Ke told them he had his "Will notarized and had the intention of killing the victim with a firearm and then hanging himself (defendant) in his own home."

The affidavit paints a picture of a cold blooded pre-meditated murder.

The report says Ke "opened the front door and entered the victim's residence...to surprise and harm the victim."  Ke admits to shooting Tudor inside his home while he was holding a dog. Moments later Tudor is on the ground in his front lawn begging for his life. The report says Ke then "shot the victim in the head to end it."

The horrific murder was recorded on Ke's home surveillance system. Investigators said that will be key evidence in their case along with Ke's confession, and witness statements. Detectives said Ke originally planned to kill Tudor and another woman, but she wasn't home. Deputies responded to the home within minutes taking Ke into custody before he could commit suicide.

Neighbors were shocked by the violence.

"It is super strange," Anthony who would not give us his last name, and lives across the street said. "It leaves me wondering why — what’s the motive behind anything like this. There is usually a reason or some type of history or something that shows an indication of maybe why an altercation would happen. And in this case I can’t think of one, or I’ve never seen one."

Investigators said they received no complaints from either neighbor.

The report stated Ke had no regrets telling detectives "if he had let the victim live the dispute would have continued and the victim would have laughed at him."