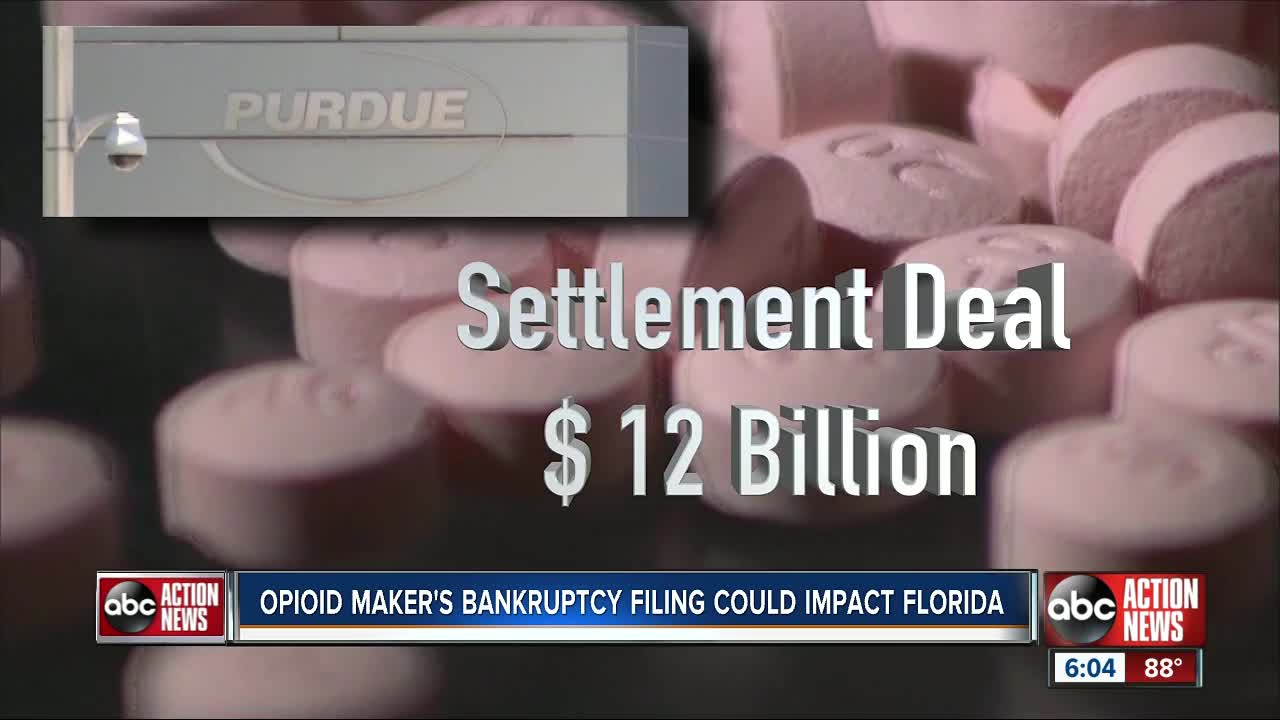 The company that made billions selling the prescription painkiller OxyContin has filed for bankruptcy days after reaching a tentative settlement with many of the state and local governments suing it over the toll of opioids.

The company that made billions selling the prescription painkiller OxyContin has filed for bankruptcy days after reaching a tentative settlement with many of the state and local governments suing it over the toll of opioids, including the state of Florida.

The filing late Sunday night in White Plains, New York, was anticipated before and after the tentative deal, which could be worth up to $12 billion over time, was struck.

Florida is one of 24 states looking to settle with Purdue. It's still unclear how much money Florida could see from the deal.

In a statement released Monday, the chairman for Purdue's board said its plan for the settlement payout would provide "critical resources to communities across the country trying to cope with the opioid crisis."

The company also pledged to push through settlement agreements as quickly as possible. A bankruptcy court has to sign off on any deals.

Legal battles still lie ahead for Purdue. About half the states have not signed onto the proposal. Several of them plan to object to the settlement in bankruptcy court and to continue litigation in other courts against members of the Sackler family, which owns the company.

The bankruptcy means that Purdue will likely be removed from the first federal opioid trial, scheduled to start in Cleveland on October 21. Over the weekend, opioid drug makers asked for a new judge in the trial. Prosecutors argue - it's too late for that.