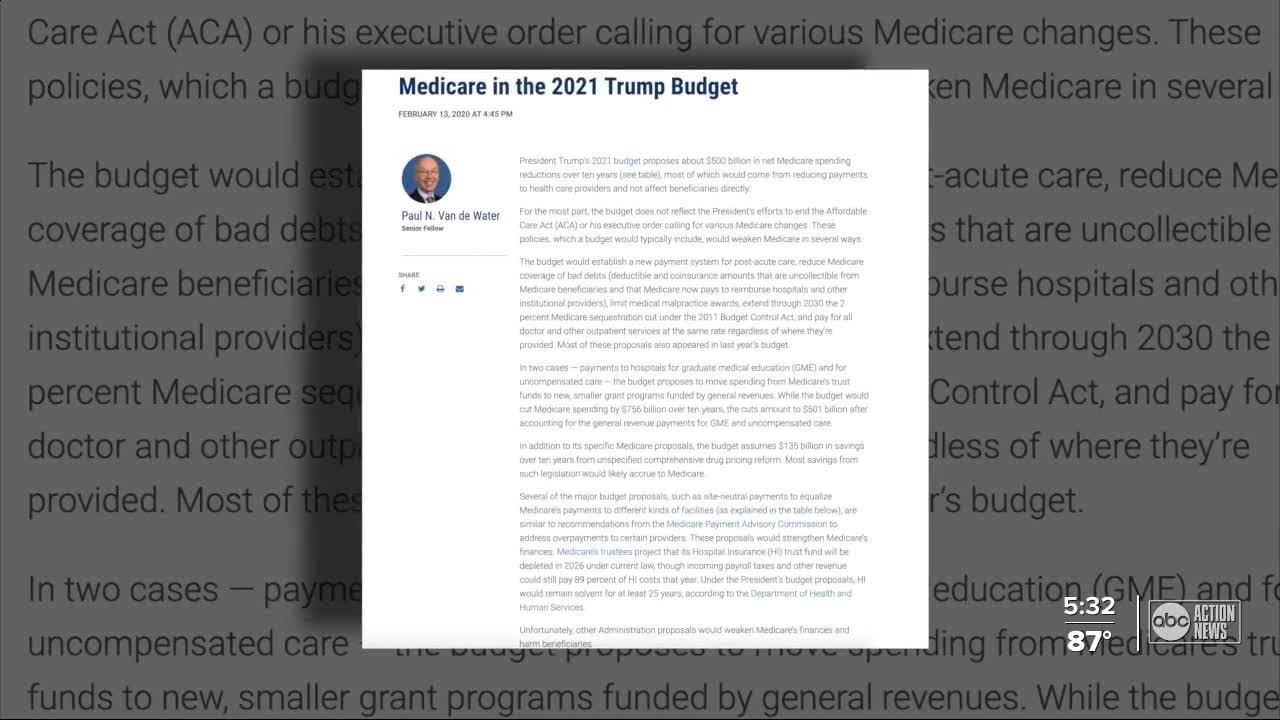 A recent ad claims that President Donald Trump would cut Social Security and Medicare payments. We did some fact-checking on it for our “Truth Be Told” series and found the future of entitlements is a lot more complicated than this 30-second commercial would lead you to believe. 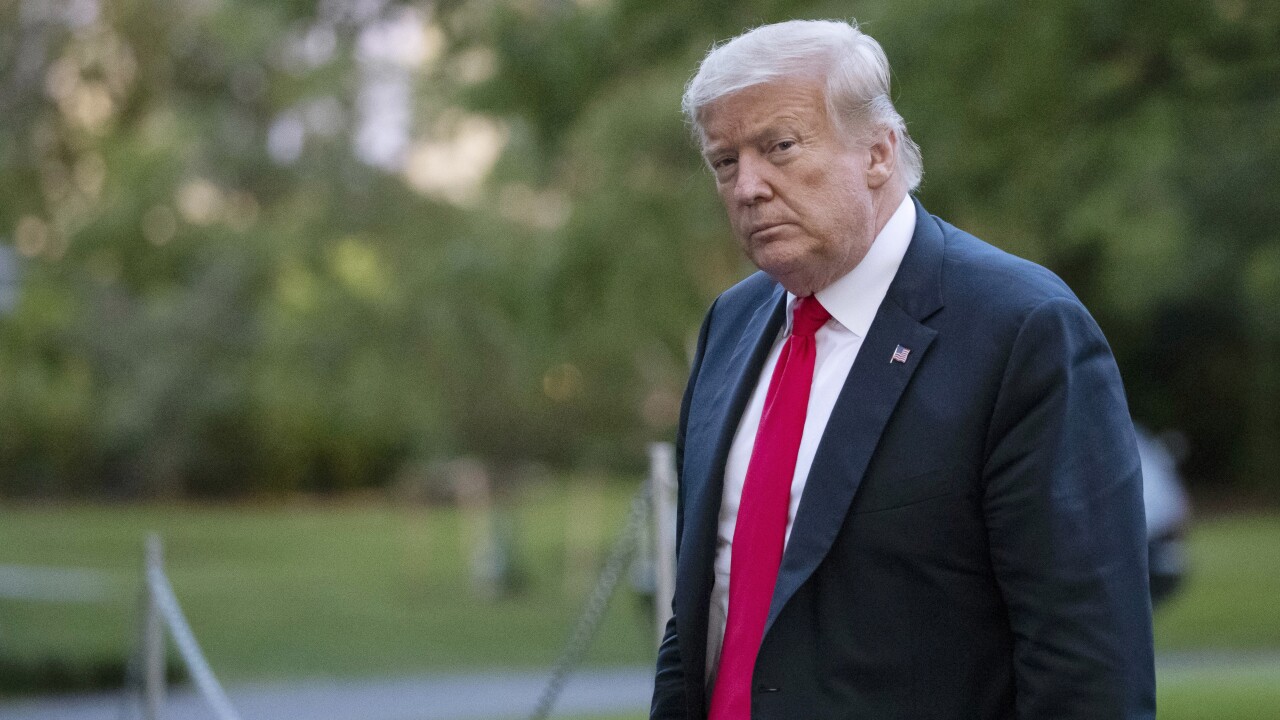 ST. PETERSBURG, Fla. — A recent ad claims that President Donald Trump would cut Social Security and Medicare payments. We did some fact-checking on it for our “Truth Be Told” series and found the future of entitlements is a lot more complicated than this 30-second commercial would lead you to believe.

“They call Social Security and Medicare entitlements. And after a lifetime of hard work, you’ve earned them. But President Trump won’t protect them,” the narrator says. “Trump has proposed $500 billion in Medicare cuts, a $4,000 a year age tax for healthcare and a tax scheme that raids the Social Security Trust fund,.”

The ad is aimed at people like 75-year-old, St. Petersburg resident Madaline O’Berry, one of Florida’s three million senior citizens.

“A lot of people depend on it,” O’Berry said of the entitlement programs. “I was brought up if you wanted something you work for it. And you earned it. And I think a lot of senior citizens think that way. That they’ve put in a lot of years working.”

O’Berry becomes concerned when she hears claims like those made in the ad.

“He has committed to putting $100 million dollars into Florida alone,” said former Tampa Mayor Bob Buckhorn, who co-chaired Bloomberg’s Florida presidential campaign and is not working with his PAC.

“It is a big part of the demographic of Florida. But in particular, if you look at who are high-performing voters, it is seniors,” said Buckhorn.

But we looked into the ad’s claims and, truth be told, it leaves out key details.

The claim about $500 billion in Medicare cuts comes from an article posted by the Center for Budget and Policy priorities.

The cuts would take place over 10 years in Trump’s 2021 budget, but the article indicates those cuts “would come from reducing payments to health care providers and not affect beneficiaries directly.”

The American Health Care Act, supported by Trump, was the Republican alternative to the Affordable Care Act, better known as Obamacare.

The American Health Care Act proposed raising insurance premiums for people between the ages of 60 and 64, but it was defeated.

“None of that particular bill passed. But it was an attempt to reduce those expenditures, which could have affected seniors,” said Buckhorn.

The “tax scheme that raids the Social Security Trust Fund” that the ad refers to is a temporary suspension of the Social Security tax from September through December, which allows workers to keep more money during the COVID crisis. It comes from an analysis by the liberal public policy group American Progress.

“That is a legitimate attempt to diminish the amount of money that would be coming into the system,” said Buckhorn.

But most employers continue to withhold the tax and experts predict a temporary delay wouldn’t affect the trust fund until 2034.

The most convincing part of the ad comes from Trump’s own words.

A reporter for CNBC asked President Trump whether entitlements would ever be on his plate in a January 2020 interview at the World Economic Forum.

“At some point they will be,” Trump said. “That’s actually the easiest of all things. “

That four-second sound-bite was cobbled together from a minute-and-a-half answer.

The PAC ad leaves out that the President didn’t anticipate having to make those cuts, due to a booming economy.

“We also have assets we never had. We never had growth like this. We never had consumers who were taking in, by different means, $10,000 a family,” Trump said.

O’Berry said she plans to keep watching the news and will use her own knowledge about the candidates to decide how she’ll vote.

“Most people are pretty sharp and pretty aware of what’s going on,” she said .