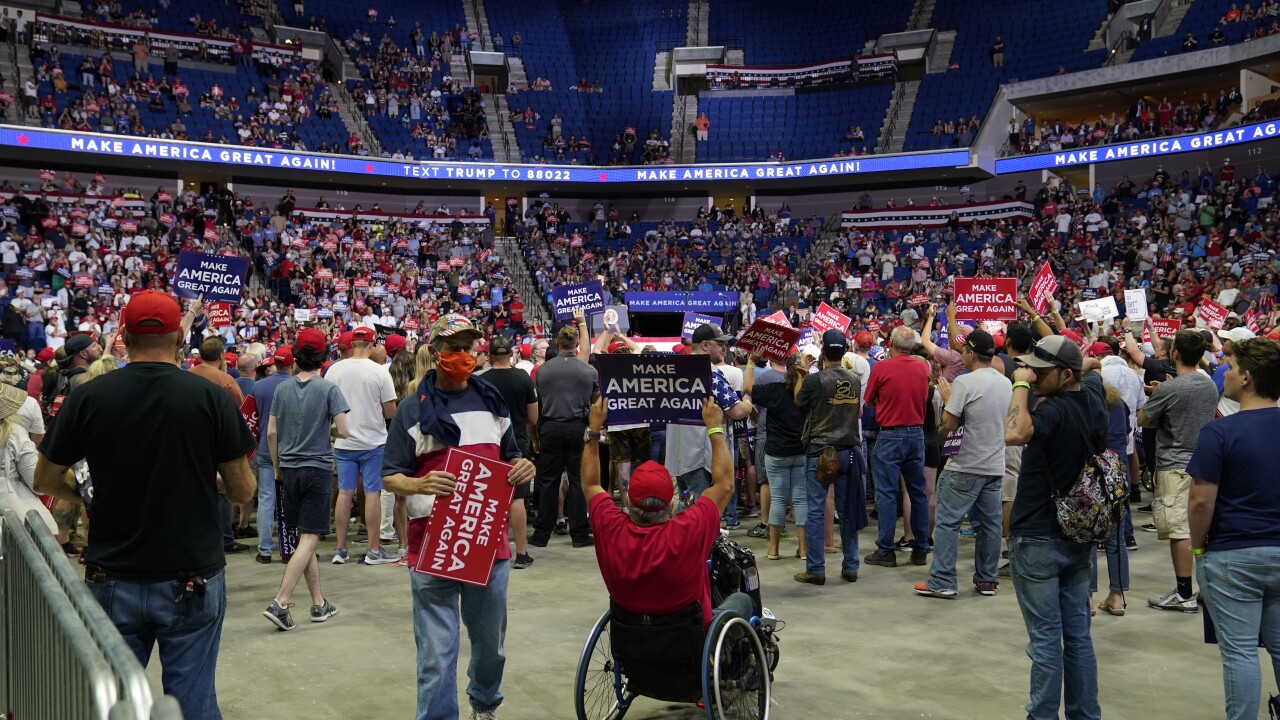 President Donald Trump’s campaign rally in Tulsa in late June that drew thousands of people, along with large protests that accompanied it, “likely contributed” to a dramatic surge in coronavirus cases, health officials said Wednesday.

A reporter who attended Trump’s rally is among those who have tested positive for COVID-19, along with six of Trump’s campaign staffers and two members of the Secret Service.

Statewide, Oklahoma health officials on Wednesday reported 673 new confirmed cases of the coronavirus, the state’s second-highest daily total since the start of the pandemic.