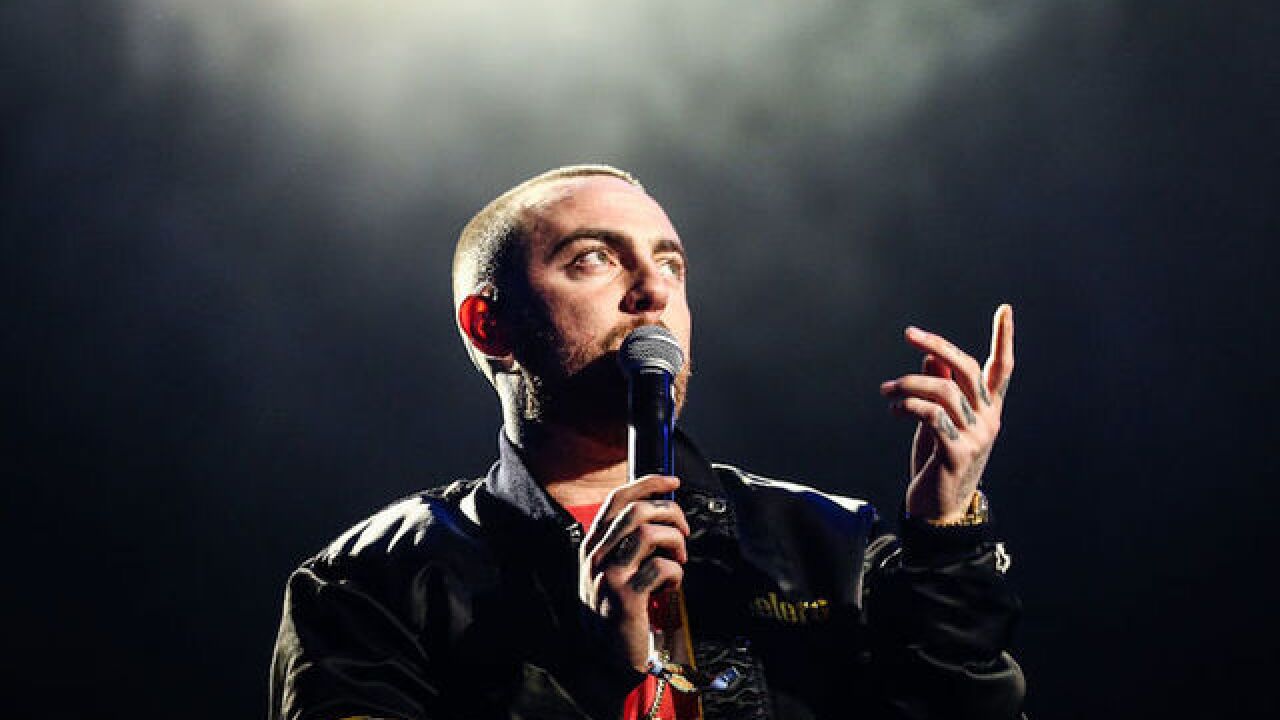 LOS ANGELES, Calif. — A man in the Los Angeles area is facing federal charges for selling rapper Mac Miller fentanyl-laced pills two days before he died of an overdose at age 26, according to a press release from the United States Attorney Central District of California.

Fentanyl is a synthetic opioid that is 50 times more potent than heroin.

Two days after Pettit supplied Miller with the pills, the rapper was found dead in his Studio City home. A medical examiner later determined that Miller died of mixed drug toxicity involving fentanyl, cocaine and alcohol.

An affidavit says that hours after the death of Miller was reported, Pettit sent a message to a friend saying, “Most likely I will die in jail."

Investigators believe Miller died after snorting the counterfeit pills, according to the press release.

“Fentanyl disguised as a genuine pharmaceutical is a killer – which is being proven every day in America,” said United States Attorney Nick Hanna. “Drugs laced with cheap and potent fentanyl are increasingly common, and we owe it to the victims and their families to aggressively target the drug dealers that cause these overdose deaths.”

“While the death of any victim of the opioid epidemic is tragic, today’s arrest is another success for the DEA’s HIDTA Fusion Task Force,” said DEA Los Angeles Deputy Special Agent in Charge Daniel C. Comeaux. “Let our message be clear, if you peddle illegal drugs and kill someone, the DEA will be the voice of the victim. We will not rest until you face the justice system.”

If convicted of the drug trafficking charge alleged in the complaint, Pettit would face a statutory maximum sentence of 20 years in federal prison.

The investigation is on-going and is being conducted by the High Intensity Drug Trafficking Area’s (HIDTA) Opioid Response Team, which operates under the direction of the DEA. The Los Angeles Police Department also provided substantial assistance.

This case is being prosecuted by Assistant United States Attorney Matthew J. Jacobs of the General Crimes Section.

The Tampa Bay area is no stranger to the opioid epidemic that is sweeping the nation. Major pharmaceutical companies promoting opioids pumped tens of thousands of dollars into the pockets of Tampa Bay area doctors in just the last year alone, an I-Team review found.

Back in August, I-Team investigator Kylie McGivern analyzed new federal data from the Centers for Medicare and Medicaid Services and found the payments for speaking fees, consulting work and meals to doctors in the Tampa Bay area in 2018.

You can search whether your doctors or local teaching hospitals have received payments from drug makers in recent years through a search tool on the federal government’s website: openpaymentsdata.cms.gov/search/physicians/by-name-and-location