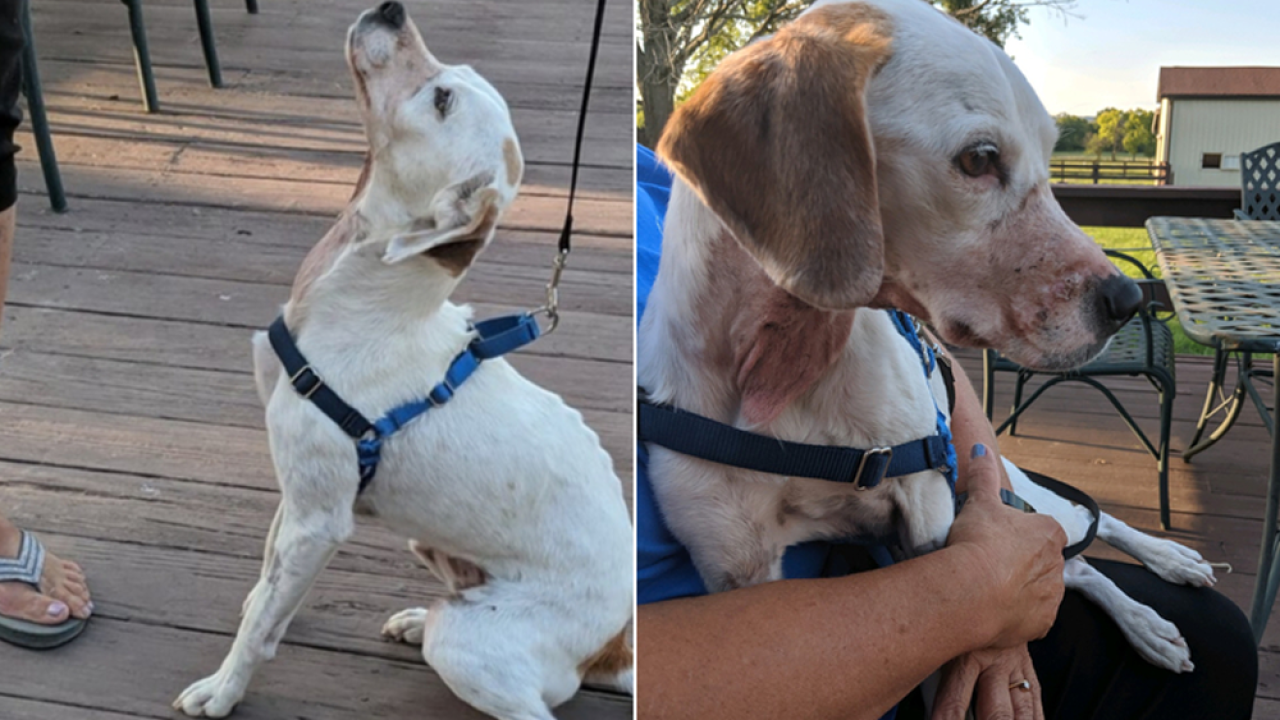 (CNN) — Cats may be known for having nine lives, but some dogs are pretty lucky, too.

A pup named Dani, found on the side of an Ohio road with her mouth duct-taped shut and her throat cut, is doing well, according to the Butler County Sheriff's Office.

"We will not tolerate these actions period. Not now or ever," said Sheriff Richard Jones in a tweet Friday.

Dani was found on August 17, when a resident in Madison Township discovered her while out walking. She was rushed to a local veterinarian, where a chip on the dog was found to contain information for a shelter in Cincinnati.

RECOMMENDED: Your dog may be helping your heart, a new study says

The Butler County Sheriff's Dog Warden is investigating the case and is asking for help from the community in locating Dani's owner.

"This is appalling, words cannot describe the disgust I'm feeling right now, we will work diligently to find who did this and seek justice," said Jones in a statement.

Meanwhile, the community has come together to not only help find the person responsible, but give Dani a home.

"How do I donate to the care and recovery of this poor sweet baby? I'm sickened by this and would rather give to assist instead of dwelling on the negativity," one person posted on Facebook.

Another asked, "I would love to give this pup a loving home. Can I apply?"

The sheriff's office said in a statement it is "working on getting her better right now," but thanked everyone for their support.