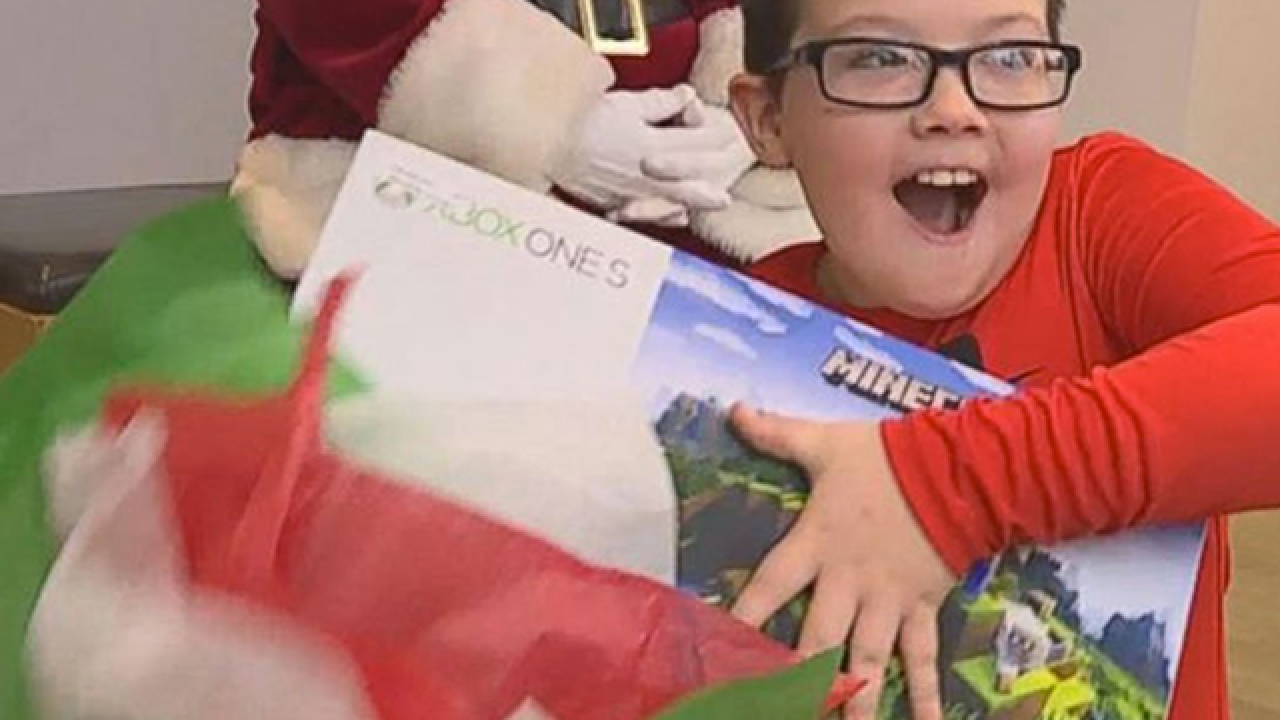 Nine-year-old Mikah Frye set aside his wish for an Xbox this Christmas to instead use the money to purchase blankets for a homeless shelter program, and on Dec. 16 he got a surprise from Microsoft.

The local Microsoft store invited Mikah in for a surprise Xbox after hearing about what he did to help his community in Ashland County, Ohio.

"They went all out for him," said Terry Young, Mikah's grandmother. "They had controllers and games. It was really nice."

At the beginning of November, Mikah did the math - $300 dollars for an Xbox could equal 30 blankets if they were priced at $10 each, said Terry Young, Mikah's grandmother.

"He told me he was worried about homeless people in the cold, so I said why don't you get some blankets," said Young, who then told him that he could give up a Christmas present this year to choose to buy blankets for people in need instead.

Since then, they have been collecting blankets to deliver to their local homeless program called Access through the Ashland Church Community Emergency Shelter Services, and now they've been able to donate more than 55 blankets with help from the community getting involved in Mikah's mission.

However, Mikah's choice to give to Access came from firsthand experience.

"A few years ago, we lost our home and we ended up needing help from Access," said Sara Brown, Mikah's mother. "He told me that he remembered not being able to keep the blanket they let him use."

Mikah wanted to give the families blankets to keep and take with them when they get new homes, said Young.

"Mikah has always been kind of different. He always thinks about other people," said Brown. "Even at school. My mom said that she was wondering why his lunch funds were going away and found out he was buying lunches for kids that couldn't get any."

The Access program serves 30 to 35 people a year, said Cathy Thiemens, the executive director of the Access program, and the program doesn't receive any government funding.

Thanks to Mikah, they'll be able to give everyone that comes through the program in the new year a blanket to keep.

"First person I gave one of his blankets to started crying, and she said, 'Oh my gosh, this is such an instrument of hope,'" Thiemens said, adding that Mikah also wrote a heartwarming note for the recipients of the blankets.