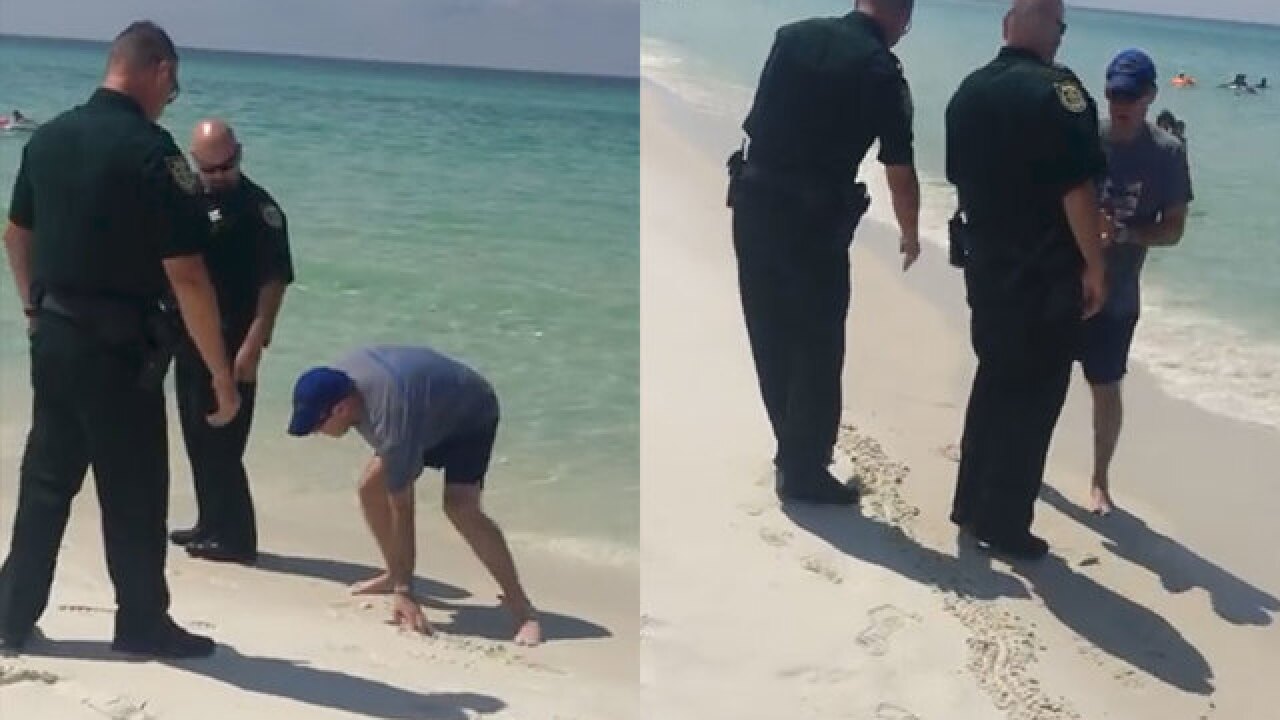 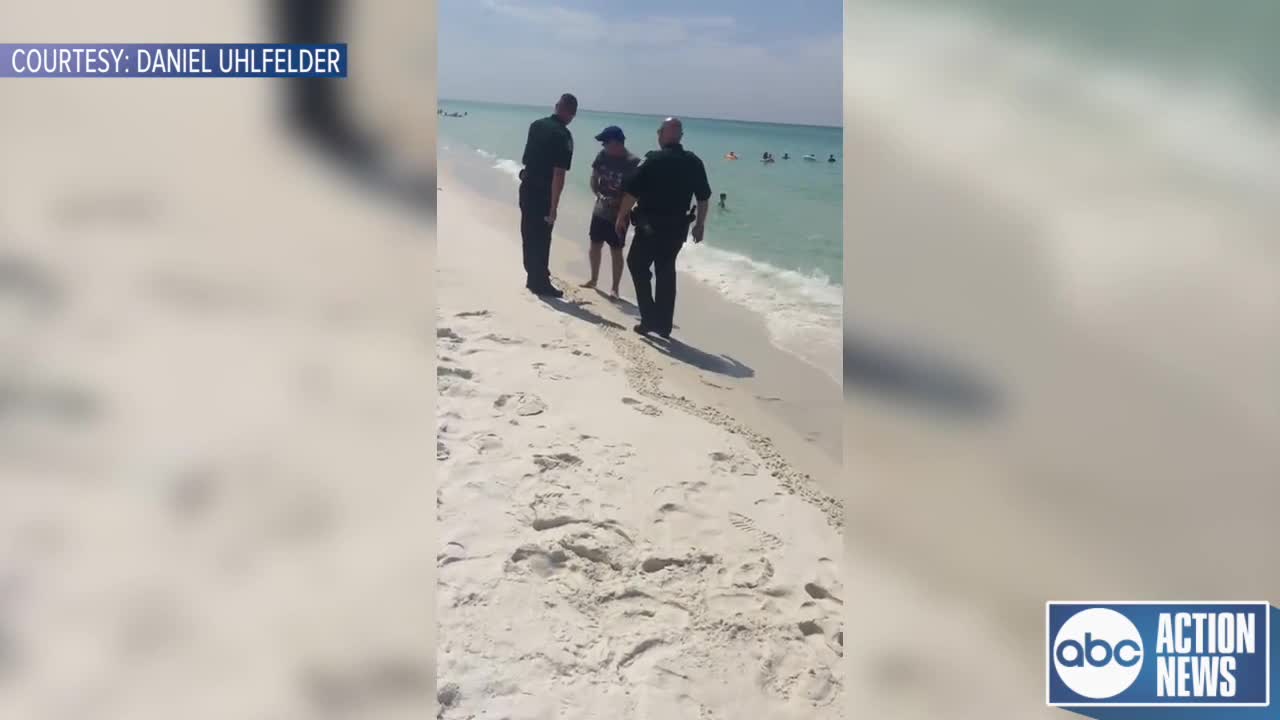 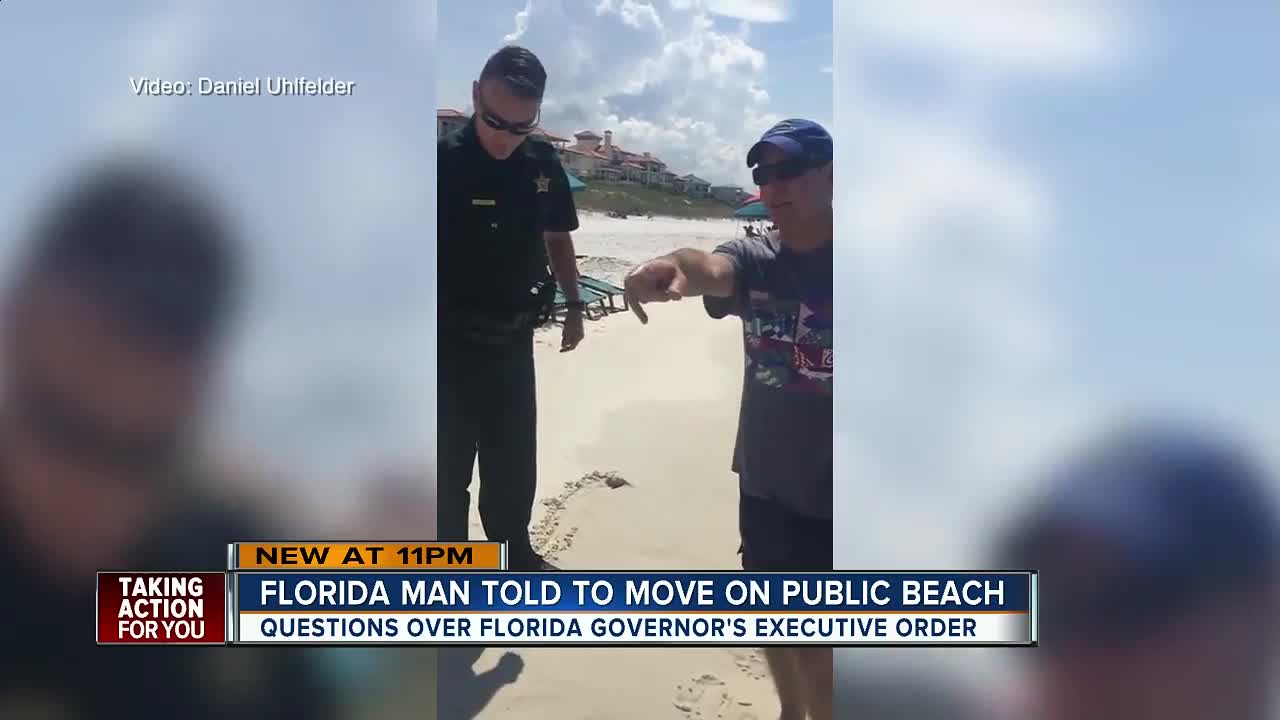 SANTA ROSA BEACH, Fla. — A Walton County man tells ABC Action News, a private property owner called deputies on him two days in a row for sitting on a stretch of sand outside Vizcaya Dune Allen, a gated community on Santa Rosa Beach.

“I have a right to go to the beach. I have a right to sit peacefully and enjoy the beach. Enjoy our beautiful waters. And, I have the right to not be disturbed when I’m not doing anything wrong,” Daniel Uhlfelder told ABC Action News reporter Michael Paluska.

Uhlfelder said he’s gone to that same beach numerous times over the past 18 years and never had a problem. He said the passing of HB 631 allows private property owners to call law enforcement and force people towards the mean high water line.

In both videos, deputies with the Walton County Sheriff’s Office politely worked to find a solution that didn’t end with Uhlfelder getting arrested.

Uhlfelder telling us he couldn’t believe they even showed up.

“I’m a 45-year-old man who's lived in Florida most of my life,” Uhlfelder said. "I have never been told I have to leave a beach.”

Because of some confusion regarding the interpretation of the law, Gov. Rick Scott issued Executive Order 18-202 urging counties to protect public beach access and directs the Department of Environmental Protection to support the efforts.

“Florida is home to the world’s best beaches," Scott said. "And every Floridian and visitor has the right to fully enjoy our state’s natural resources. Florida beaches belong to all of us, and people from across the world visit Florida because of them – and we are going to keep it that way.”

Uhlfelder said he took a copy of the order with him to the beach on Saturday and Sunday.

Walton County Sheriff Michael Adkinson, Jr. says his deputies shouldn’t be made out to be the bad guys. They were just enforcing the law.

Adkinson said until the county commissioners can find a solution to the problem, state law supersedes that laws already on the books.

“I understand their passion. The problem is this issue needs to resolve in the court of law or the Florida legislature,” Adkinson said.

When we asked for the governor’s office to clarify the order, and whether Scott would take more action to resolve this issue we were sent this statement:

“It’s the duty of local law enforcement and state attorneys to enforce Florida’s laws. The Governor’s Executive Order takes four clear steps to ensure Florida beaches remain open. We will leave it to local governments to determine how to move forward.”

We called several popular beach communities across the Tampa Bay Area. Law enforcement tells us they are not having issues with private properties owners calling to report people are trespassing on the beach. Most Bay Area beach towns have passed ordinances making sure the beaches stay open to the public.