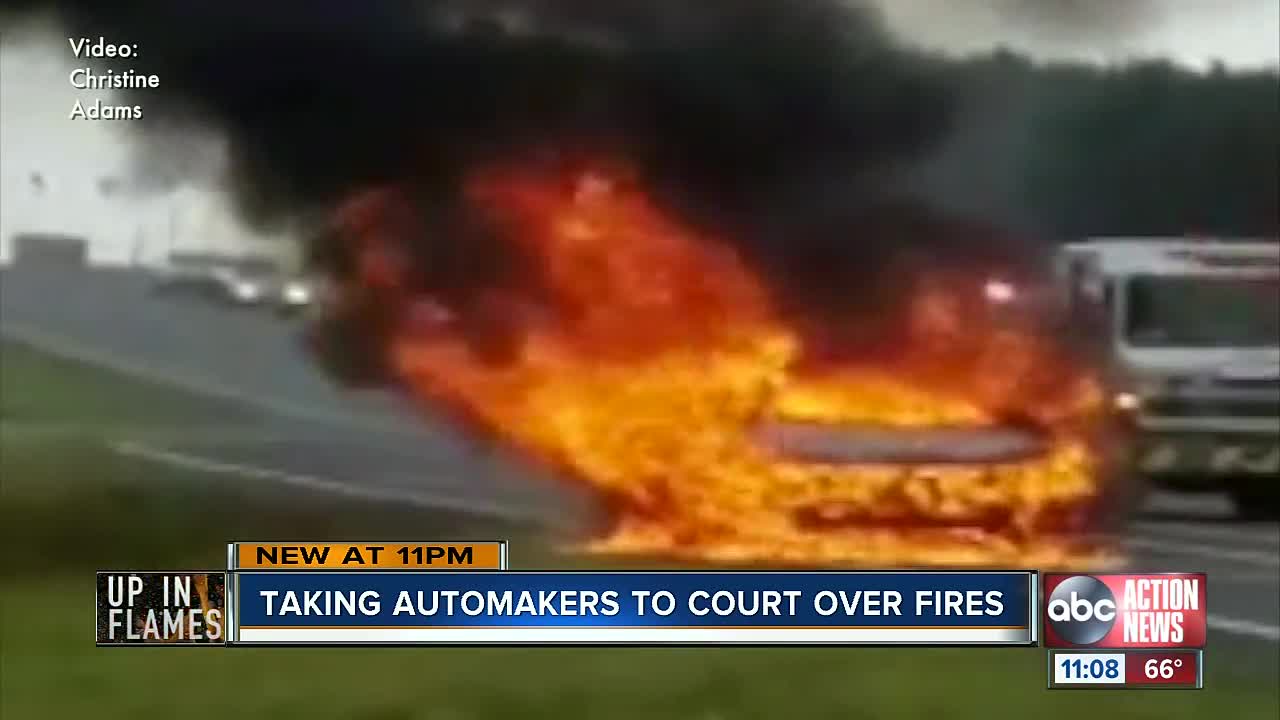 The I-Team found four separate class action lawsuits with dozens of plaintiffs in Florida, New Jersey and California with allegations against the automakers of concealment, cover-up and insufficient recalls. 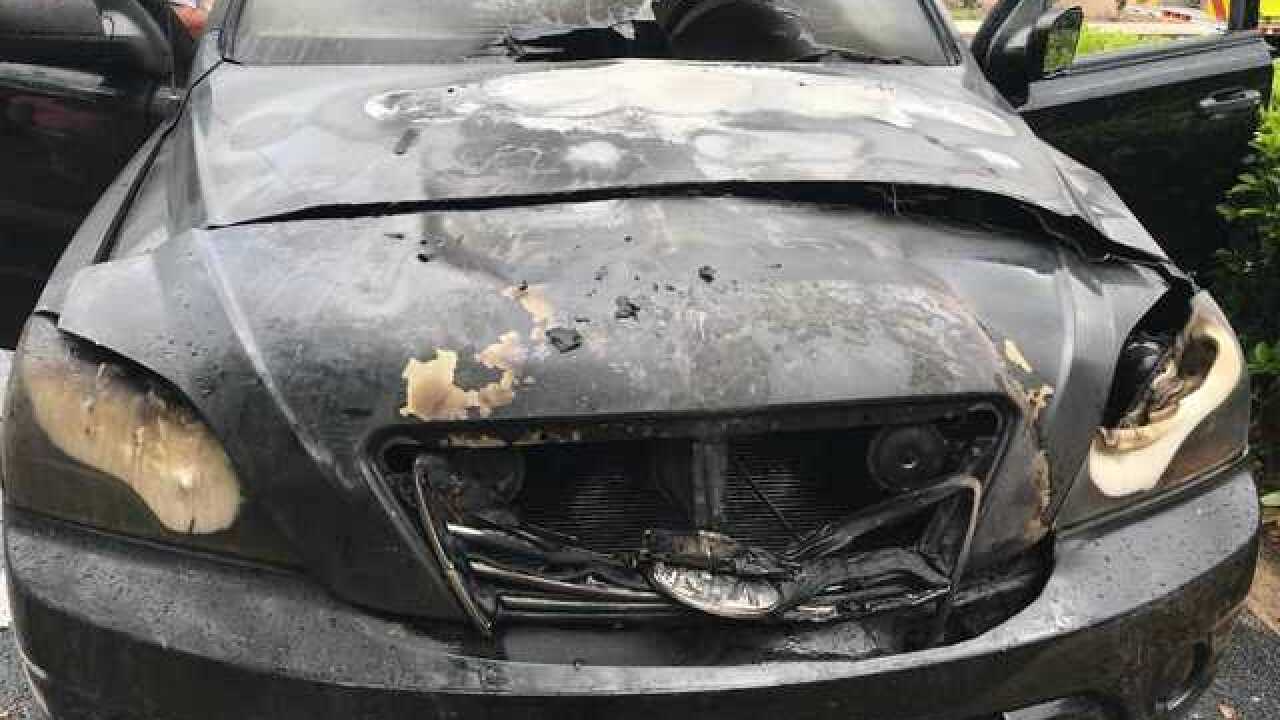 Christine Adams told I-Team Reporter Jackie Callaway she relives the terror of her car catching fire every time she straps her infant son, Calhen, into his car seat.

“Every day you think about it,” said Adams, who barely escaped her Kia Sorento with her husband and baby after it spontaneously burst into flames on a Polk County highway on a Sunday afternoon last August.

UP IN FLAMES | COMPLETE COVERAGE

“Getting in the car you shouldn’t have to think about what’s the fastest way to get your son out,” said Adams.

The Adams are now among dozens of plaintiffs in Florida, New Jersey and California who are suing Kia and Hyundai for vehicle fires.

Miami attorney Simeon Genediev filed a class action suit against Kia on behalf of the Adams family earlier this month.

“The last stop for them to provide accountability for these failings is the courts,” said Genediev.

The Adams’ case takes aim at Kia over an earlier engine recall and improper work done while replacing those defective engines.

According to court documents, Kia “knew or should have known that the recall repairs would not resolve the engine defect and may make the class vehicles more likely to catch fire.”

In November, the I-Team exposed fuel leaks resulting from improper repairs during those engine recalls sparking some of these fires.

Two other class action lawsuits in New Jersey and California – leveled against both Kia and Hyundai – accuse the automakers of deceptive and fraudulent business practices.

Class action veteran John Yanchunis, who is not involved in any of the suits against Kia or Hyundai, was among the attorneys who sued Volkswagen over its diesel cheating scandal.

Volkswagen settled that suit for more than $14 billion, but Yanchunis estimates the cases against Hyundai and Kia could be worth more.

“Cars moving down the highway that suddenly burst into flames – much more serious than Volkswagen,” said Yanchunis.

Kia declined to comment on any pending litigation, while Hyundai says the company has taken proactive steps to address engine problems.

RELATED: Some Kia car fires may be caused by work done during engine recall replacements

Legal experts tell ABC Action News a federal judicial panel will likely decide whether all of these cases should be combined as one class action.