Family continues struggle to find a place to live 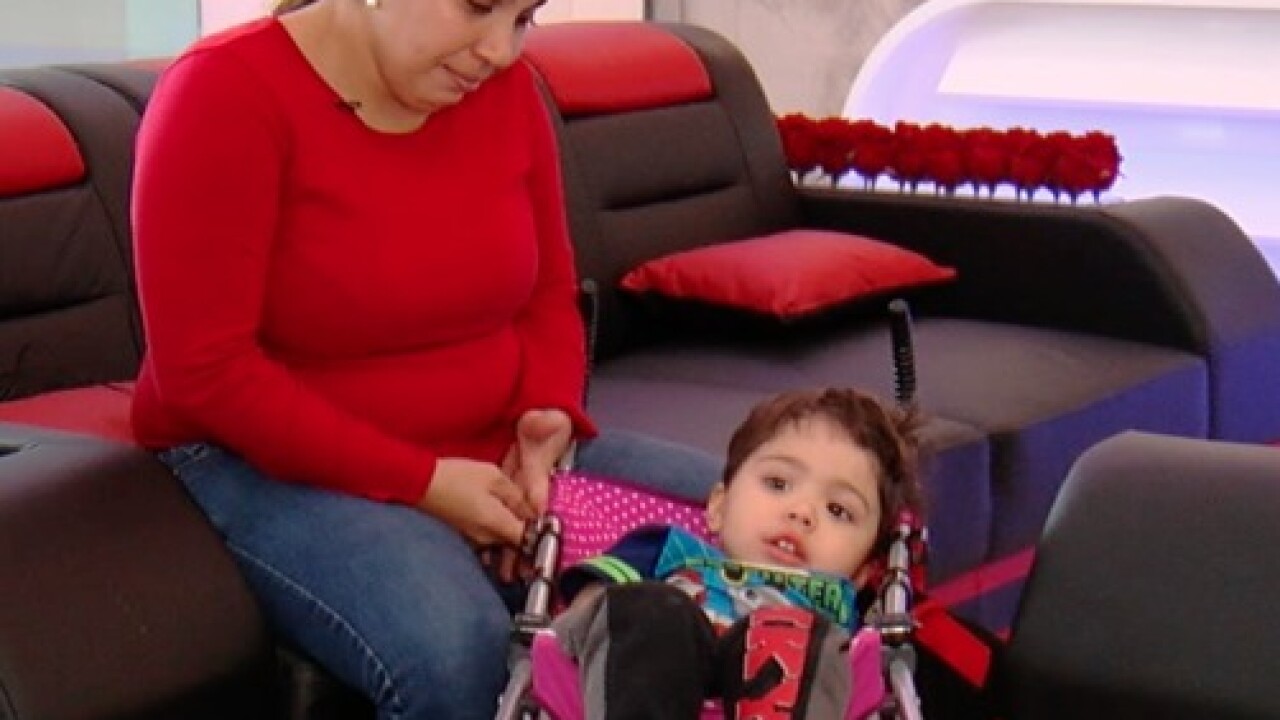 Copyright 2018 Scripps Media, Inc. All rights reserved. This material may not be published, broadcast, rewritten, or redistributed.
<p>Leslie Neris and 2-year-old son Aaron.</p>

TAMPA, Fla. — Hurricane Maria destroyed the life Leslie Neris built for her three children in Puerto Rico. And now, she is losing the temporary shelter she’s called home since Dec. 14.

Neris told ABC Action News reporter Michael Paluska in Spanish that she lost her voucher through FEMA after they told her her home in Caguas was inhabitable. But, Neris said there is no electricity or running water. She does’t think it is safe to go back with her three children.

Neris said her temporary shelter status with FEMA ended on Jan. 14. Management at the Clarion Inn, Brandon let her stay a few days longer with her three children ages 2, 6, and 13, but it wasn’t enough time to find a new place.

Neris said she is having a tough time transitioning to life in the United States. She doesn’t speak English, no car, and no one to watch her children if she goes to work.

She says life in Puerto Rico is unbearable. She is grateful that the Clarion Inn paid for her flight to Tampa. The motel said half the staff are refugees from Puerto Rico. But, for all of their help, Neris said the promises made to her by the government have fallen short.

“I’m really scared,” Neris said. “They offered thousands of things, everything they’ve offered have led to nothing.”

A representative with FEMA said their services are temporary and survivors have to do their part to make themselves whole again. As things improve on the island and home inspections are completed and homes are deemed habitable or inhabitable. If someone is in temporary housing in the United States and their home in Puerto Rico is deemed habitable they will lose their motel vouchers.

The motel confirmed at least 15 families checked out of the motel over the past couple of days because of expired vouchers. They said they are doing everything they can to help those in need, but there are always special cases that are more challenging.T

Tampa will hit the coldest temperatures we’ve seen in eight years. Temperatures a lot of Puerto Rican evacuees have never experienced. Through tears Neris cried thinking about spending the night in the cold on the streets.

“They need a place to call home,” Jeannie Calderin said. Calderin is a Good Samaritan that was born and raised in Puerto Rico that now lives in Tampa. She has taken up the cause of the refugees at the Clarion Inn and worked since they arrived as their ambassador.

She’s helped them with English, brought them food, and tonight she has been working to make sure they have somewhere warm to lay their heads.

Calderin said there are some families that became homeless. Some, don’t want to move back to Puerto Rico but don’t have the resources to start from scratch.

“It takes time,” Calderin said. “We need living arrangements for these people. If not extend the hotels. They need a place to call home in order to find a job.”