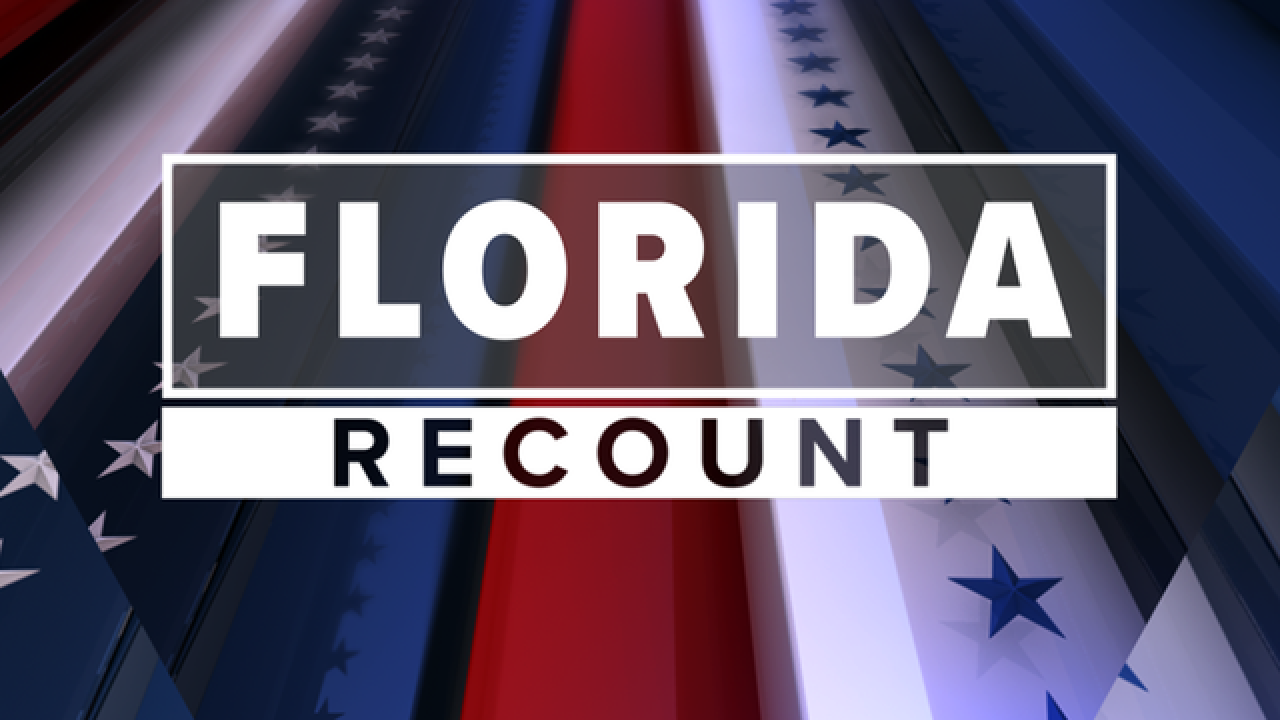 TAMPA, Fla. — Officials in local counties are gearing up to recount their votes following an order from the secretary of state.

Florida General Election recount timeline according to Department of State

Possible Florida Recounts: Everything you need to know

The Polk County Sheriff's Office will recount their votes on Monday, Nov. 12 starting at 8 a.m.

Polk County Sheriff Grady Judd said in a news release that two sheriff's deputies will be present during the recount.

"Lori Edwards is a true professional and her team has consistently done an outstanding job in election after election. I am very confident of the integrity of the vote counting process in Polk County," Judd said. "It is my honor to work with Lori and her staff to make sure the process in Polk County is protected and transparent."

In Pasco and Citrus, recounts will begin on Sunday, Nov. 11 at 8:30 a.m. Hernando will begin their recount on the same day at 8 a.m.

While Hillsborough, Pinellas and Sarasota counties will begin Sunday at 9 a.m. Manatee County will begin the same day at 2 p.m.