Search for driver continues in fatal hit-and-run crash on U.S. 301 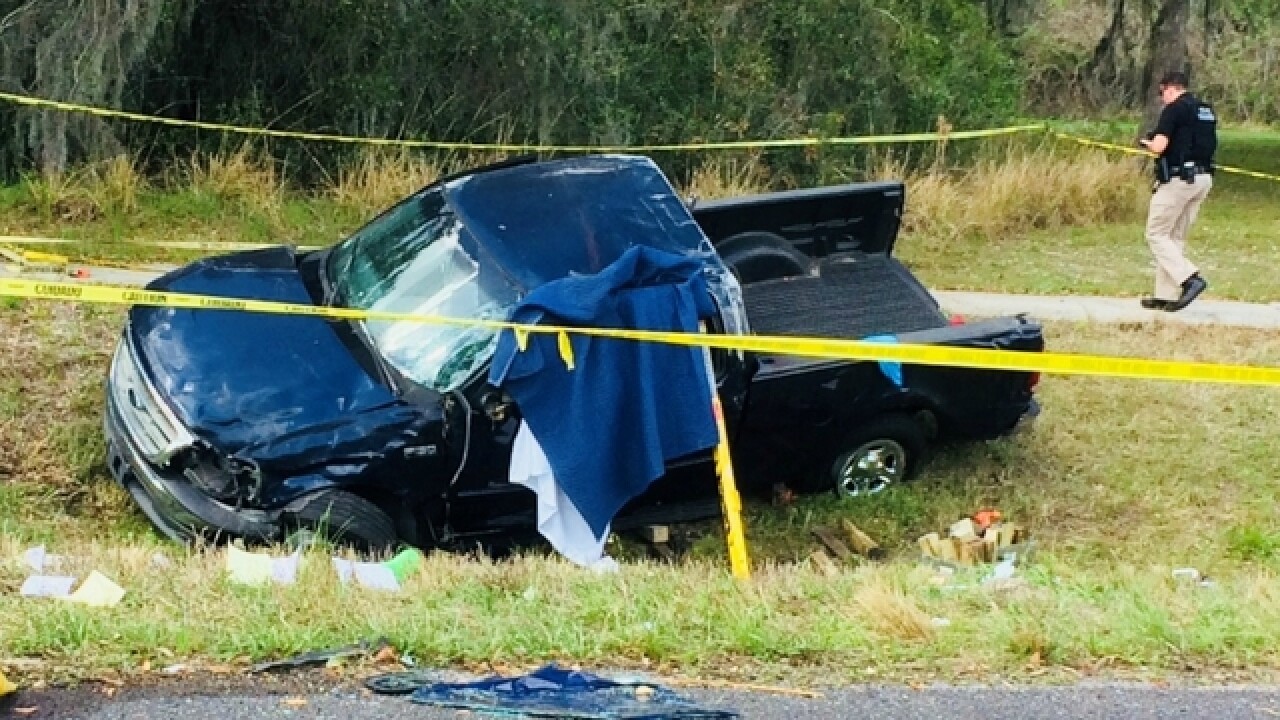 TEMPLE TERRACE, Fla. -- Florida Highway Patrol troopers are searching for the driver accused of leaving the scene of a deadly hit-and-run crash.

The crash happened Sunday around 11:20 a.m. off of U.S. 301 near Harney Road in Hillsborough County. According to troopers, a car and truck were driving north when the car hit the truck from behind. Authorities said the impact was so hard the truck was pushed into the southbound US 301 lanes. The truck flipped and landed on the shoulder.

Manuel Patino, 57, died at the scene of the crash. Maria Munguia-Villasenor, 55, is in critical condition.

FHP has released the name of a person of interest wanted for Sunday's hit-and-run. Troopers hope to speak to Leroy Roscoe Middleton III and believe he may have more information about the crash.

Patino's son, Edson, urges for the driver of the car to turn himself in to authorities.

"Just turn yourself in. You killed my father man that's something you can't ....you can't take back," Edson Patino said.

Angela Torelli heard the crash from her house.

“The sound of it was just so severe. I really thought it was a semi because it was a big crash. (There was) a big boom,” Torelli said.

Troopers said the driver of the F-150, Manuel Patino-Villa of Tampa, did not survive. The other passengers of the truck, Patino's wife, and their two grandchildren were taken to the hospital.

“That’s all I heard (was) a bunch of people screaming. I heard babies crying and it just was really said,” Torelli said.

“You need to be responsible for what you’ve done -especially if it cause(d)….it was {a} fatal,” Torelli said.

According to FHP, last year troopers investigated nearly 100,000 hit and run crashes in Florida. There were 177 deaths in the state. Sgt. Steve Gaskins stresses drivers need to stop because it's the law.

"Don't take a bad situation like a crash and make it something so much worse," Sgt. Gaskins said.

Thomas and Victoria Towers still do not know who killed their daughte, Dina. She was walking to the store.

"I just want you all to come forward so my daughter can rest in peace," Thomas Towers said.

If anyone has any information about these cases, they need to contact FHP.