More than 1,000 Bolts fans cheered loudly and proudly from inside Amalie Arena Tuesday night, even though the team was on the road in Sunrise, Florida.

TAMPA, Fla. — More than 1,000 Bolts fans cheered loudly and proudly from inside Amalie Arena Tuesday night, even though the team was on the road in Sunrise, Florida.

“It’s electrifying,” said Meishna Alicea. “It’s just so cool to see everyone together.”

The puck dropped for Game 2 250 miles away, but fans described Amalie Arena as being like a home game atmosphere.

“A lot of times we go to the watch parties but this is a unique experience to actually be in the arena for a game,” said Bolts fan Ed Finch.

The Bolts jumped out to an early lead in the first period. They never looked back, finishing strong with a 3-1 win against the Florida Panthers. 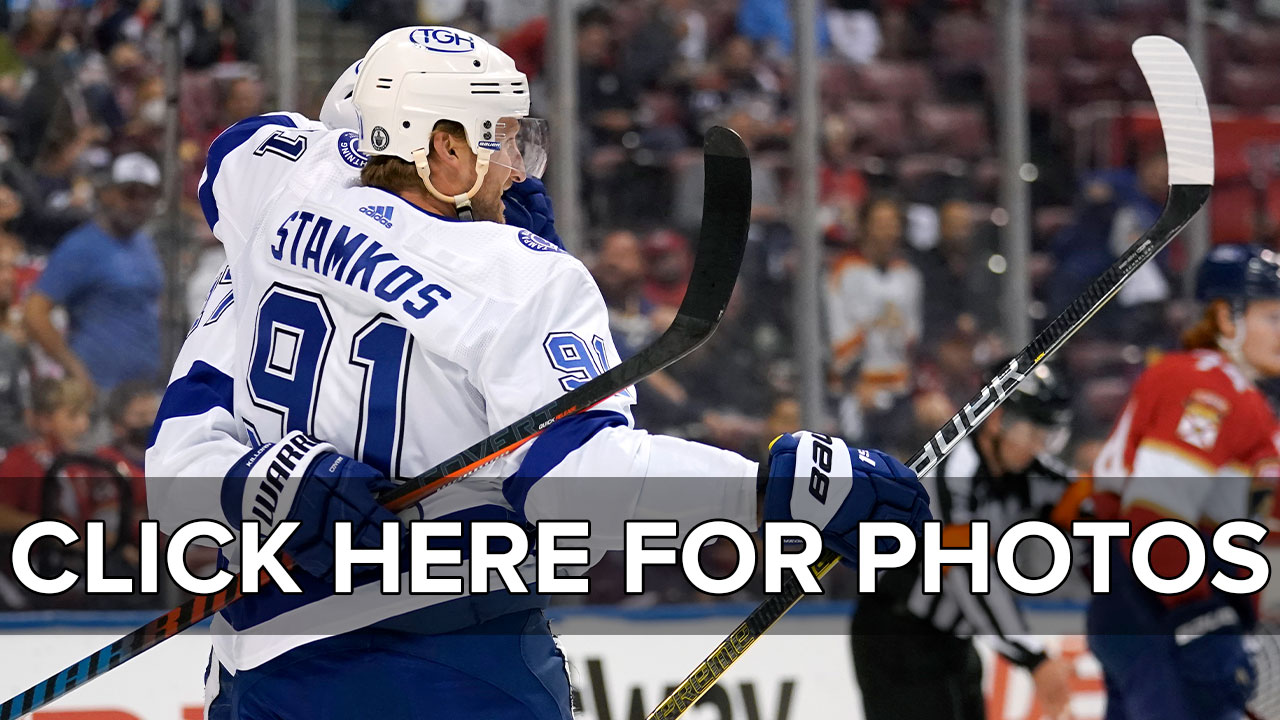 The Bolts lead the Panthers 2-0 in the first round of post-season play.

Fans are thrilled to be back inside Amalie Arena to watch playoff hockey, a first since the pandemic began.

These NEVER disappoint! We’re moments away from puck drop Game 2 of this Sunshine State Showdown. #GoBolts fans are inside @AmalieArena for tonight’s watch party. @abcactionnews pic.twitter.com/fquz6mlBBp

Some say winning it all last year just wasn’t the same with the team claiming their Stanley Cup victory in Canada.

“It’s just more heartwarming because we get to celebrate it with them,” said Robert Norton. “They can feel us, we can feel them. So they can actually feel the thunder, not from a distance but from actually in person, which is awesome.”

The Lightning host the Panthers Thursday for Game 3. The puck drops at 6:30 p.m.