Taxpayers billed $16,000 a day by contractor to clean up dead fish caused by red tide 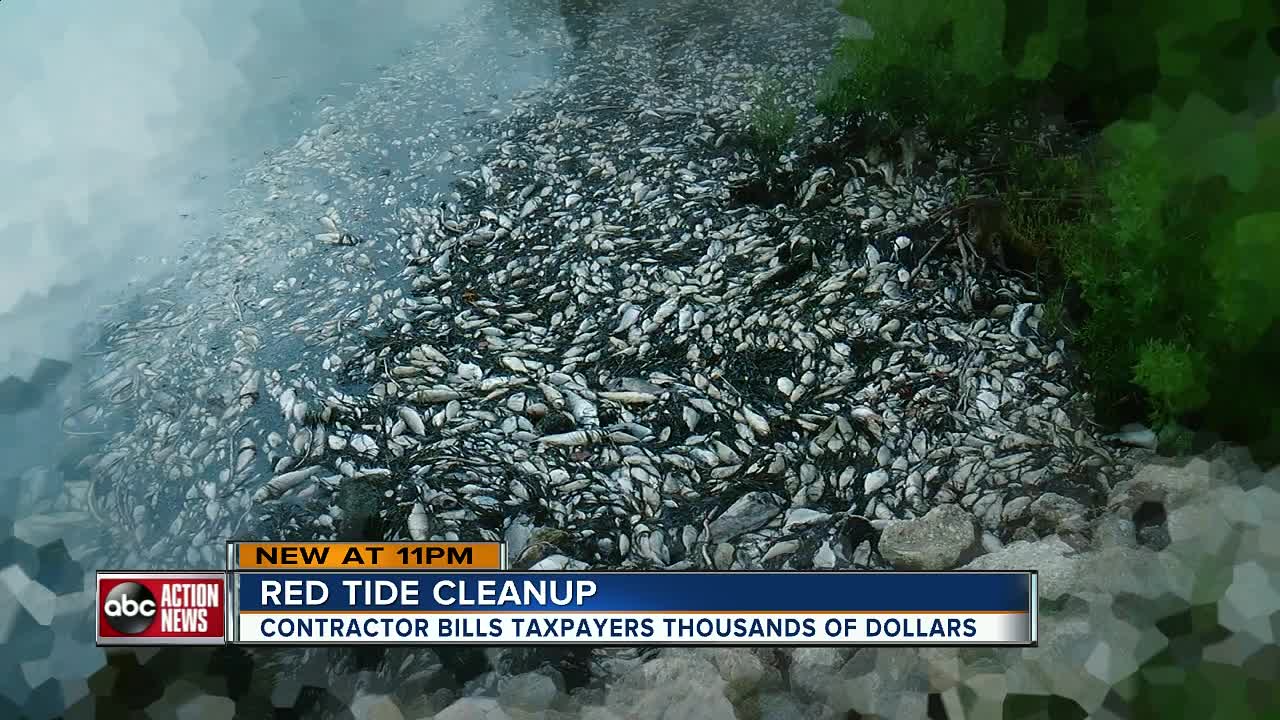 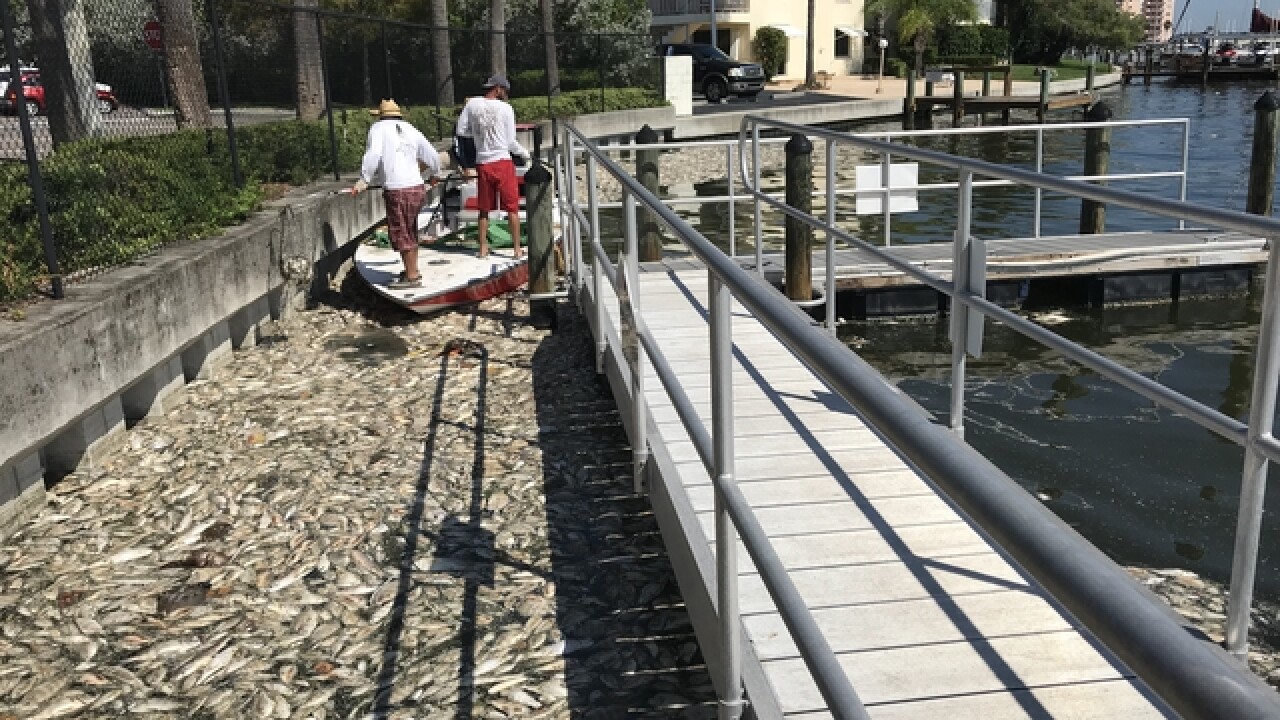 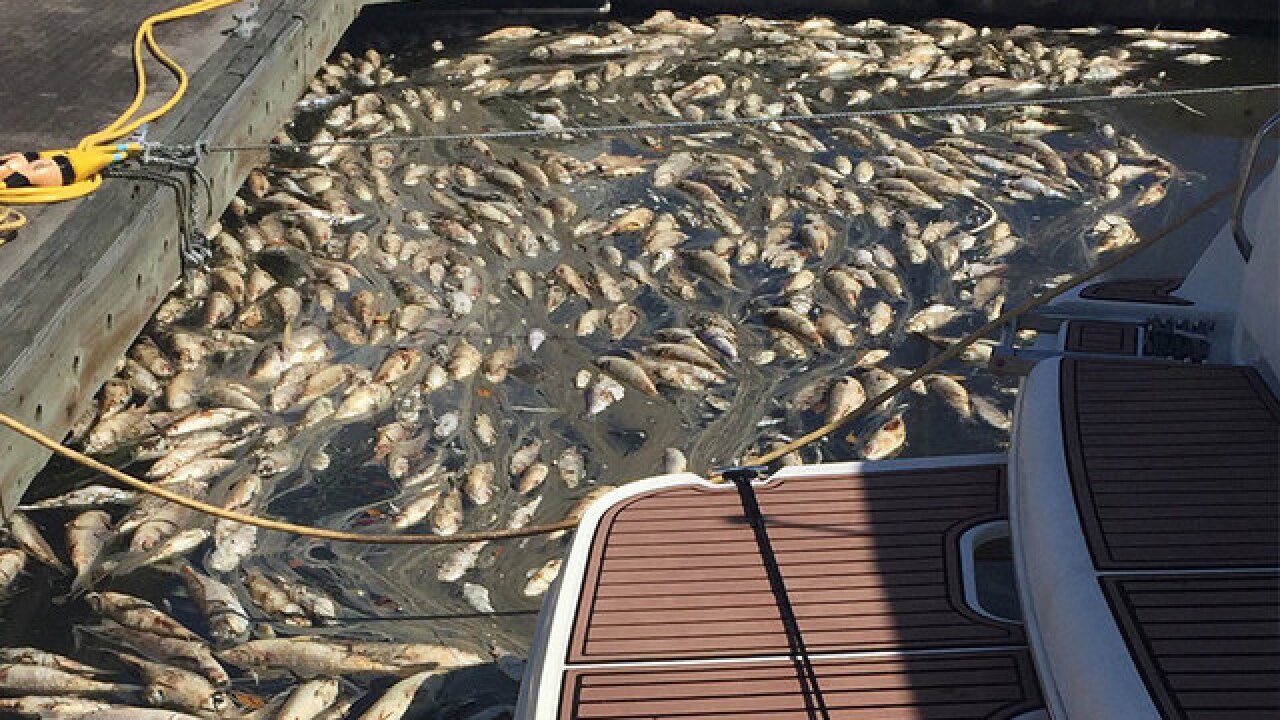 ABC Action News Investigator Adam Walser uncovered the hidden costs residents paid to clean up hundreds of thousands of stinking dead fish that drove away tourists from area beaches and sickened local residents, who have been exposed to the smell.

“The county isn't set up to put out a navy of boats to go scoop up fish,” said Damon Moore, Manatee County’s Environmental Program Manager.

So, Manatee County Commissioners signed a contract with Boca Raton-based consultant APTIM Coastal and Engineering, which hired subcontractor SWS Environmental to pick up the dead fish in residential canals and waterways.

Moore was put in charge of monitoring the contract.

But before workers picked up a single dead fish, SWS Environmental billed nearly $10,000 in "mobilization fees”.

APTIM separately racked up 46 hours in billing for mobilization fees.

What does that mean?

According to records obtained by the ABC Action News I-Team, APTIM charged taxpayers on days when a supervisor bought equipment and two other workers checked in and out of a hotel, where the county picked up the nearly $900 tab for a combined stay of nine nights.

In all, the cleanup contract added up to big bucks.

That was for just six days’ work.

In August, more than 20 local captains offered to clean up dead fish, including Destiny Ibasfalean.

Ibasfalean said she charges between $50 and $100 an hour, which includes her boat, captain and crew.

How big of a bang did Manatee County get for their bucks when it came to their contract?

In hardest-hit Lee County, dead fish clean up in canals and at public beaches cost 60 cents a pound, according to budget numbers reviewed by the I-Team. In Sarasota County, debris removal cost 28 cents per pound through early September.

But Manatee County paid APTIM $6.65 a pound to remove dead fish – roughly the same price as fresh fish from a seafood market.

And for all that money, APTIM only removed 12 tons of dead fish.

By contrast, Manatee County says local residents scooped up 96 tons of dead fish and dumped them in containers scattered throughout neighborhoods.

By the end of August, the county had removed 289 tons of debris from parks and beaches, costing taxpayers only $53,161 – or 9 cents per pound.

“We did what we thought was right at the time,” said Moore, who pointed out that the contractor cleaned up fish which was much harder to reach between docks and under boats in small channels.

Moore put a stop to APTIM's work after less than a week.

“Once they got to a stage where it wasn't really a wise use of funds to have them working like that, we called them off,” he said.

The county says it is now reviewing the invoices and has not yet paid the bill.

Neither APTIM nor their subcontractor SWS Environmental responded to multiple calls and emails requesting comment.

“When it comes down to it, you're just cleaning dead fish, and you're dumping it in a dumpster,” said Capt. Ibasfalean.

Manatee County is now considering other options for the ongoing cleanup.