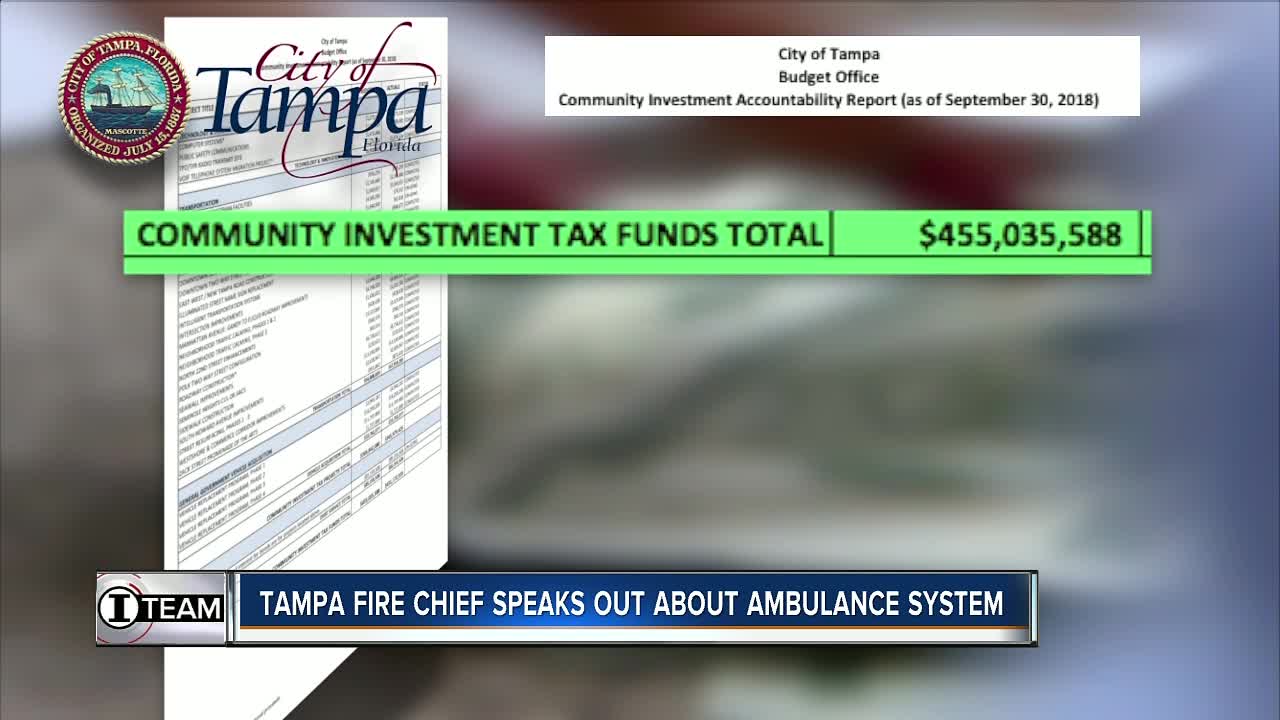 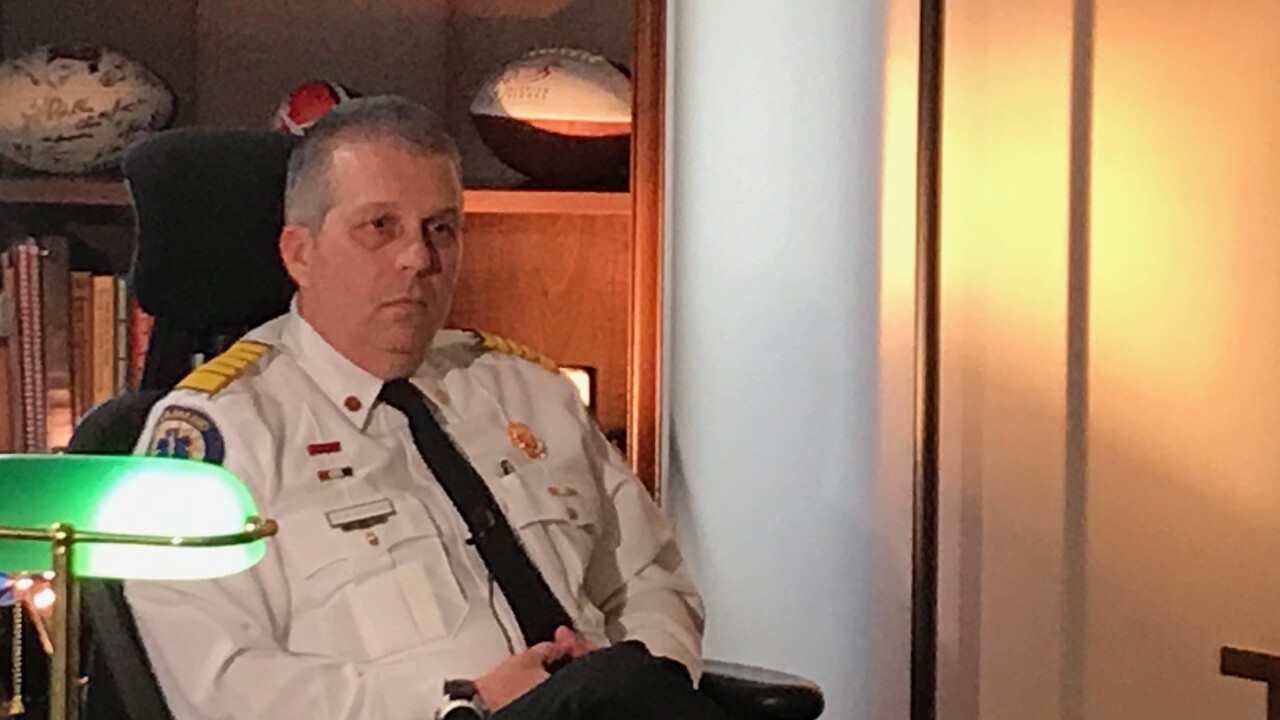 TAMPA, Fla. — A Tampa father died of a heart attack in September after the responding ambulance broke down.

And Tampa's Fire Chief is now speaking out about the situation for the first time.

When you call 911 in there's a good chance the responding ambulance is an old one. Tampa fire rescue has the oldest fleet in the region.

“Certainly, there's concern and we need to be focused on making sure that we have appropriate turnover of the fleet,” said Tampa Fire Rescue Chief Nick LoCicero.

LoCicero was named Tampa Fire Rescue Chief by Mayor Bob Buckhorn in May.

"Since my tenure as chief, I have been very focused in identifying those issues that are of much concern,” he said.

LoCicero says the agency is forced to work with the equipment they have.

And that means taxpayers foot the bill to the tune of hundreds of thousands of dollars a year fixing up old, broken down ambulances.

Records show that sometimes those ambulances spend months at a time in the shop.

The I-Team obtained an internal city email from July showing the fire department signed off on a $38,000 repair for a 9-year-old ambulance.

That ambulance had already run up $196,000 in repairs bills, close to the price of a brand new ambulance.

And the I-Team found in two years alone the city spent $846,000 on ambulance maintenance and repairs.

“We have a budget that we abide by,” said LoCicero.

But the I-Team uncovered another potential source of tax money already set aside for new ambulances.

Since the tax was approved, the city has taken in more than $450 million through the special sales tax, which was meant to pay for public safety equipment, transportation and community projects.

But only $6.7 million of that money went to fire rescue vehicles. And it's unclear how many of those vehicles were ambulances.

So where did the biggest chunk of that tax go? The city spent $26 million dollars of taxpayer money on the Julian B. Lane Riverfront Park, a 25-acre site which includes tennis courts, rowing docks and a splash park.

“It's part of the effort to focus all our attention on the waterfront,” said Mayor Bob Buckhorn when the park opened in May.

“Any revenue stream that would be viable for us to make sure that we have updated and current equipment, we would love to be part of the conversation,” said Chief LoCicero.

We repeatedly asked to speak to Mayor Buckhorn about Tampa's aging ambulances, but so far, he has been unwilling to sit down for an interview.

I-Team: Tampa father dies after ambulance breaks down; took nearly one hour to get to hospital

The responding ambulance broke down, and it took 49 minutes from the first 9-1-1 call to get the Tampa father to the hospital

“If we need to decide between a park and ambulances, we've got to have ambulances,” said Tampa mayoral candidate David Straz.

He points out that the city collected $8.2 million dollars last year from ambulance transport fees, which could also be used to buy new ambulances.

‘You divide that up by 28 ambulances, we can easily change these out every two years,” said Straz.

Since then, Tampa has purchased only eleven new ambulances, but not enough to keep up with replacing its aging fleet.

As far as using user fees to buy new ambulances, LoCicero says that’s not for him to decide.

“Fire Rescue and this office doesn't have that opportunity to have that discussion. They're made at different levels of city government,” he said.

LoCicero says he’s working with the current administration and plans to work with the incoming mayor to address his department’s needs.

If you have a story you’d like the I-Team to investigate, email us at adam@abcactionnews.com .