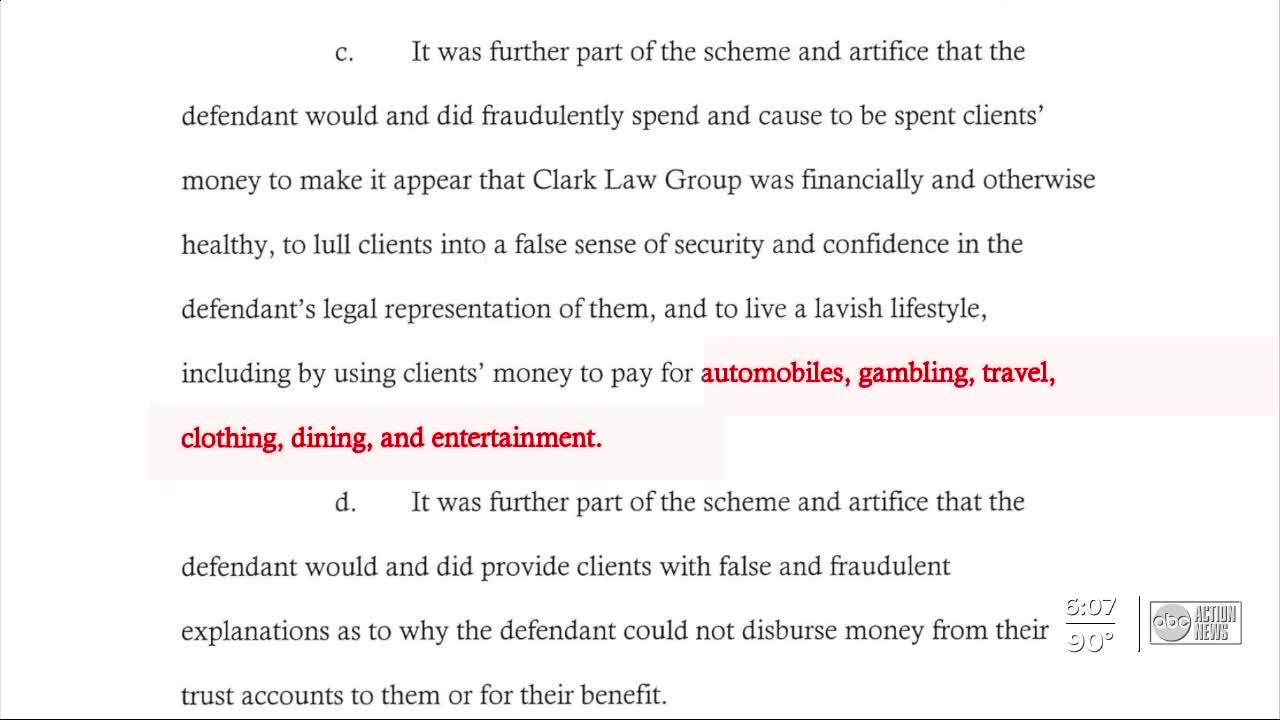 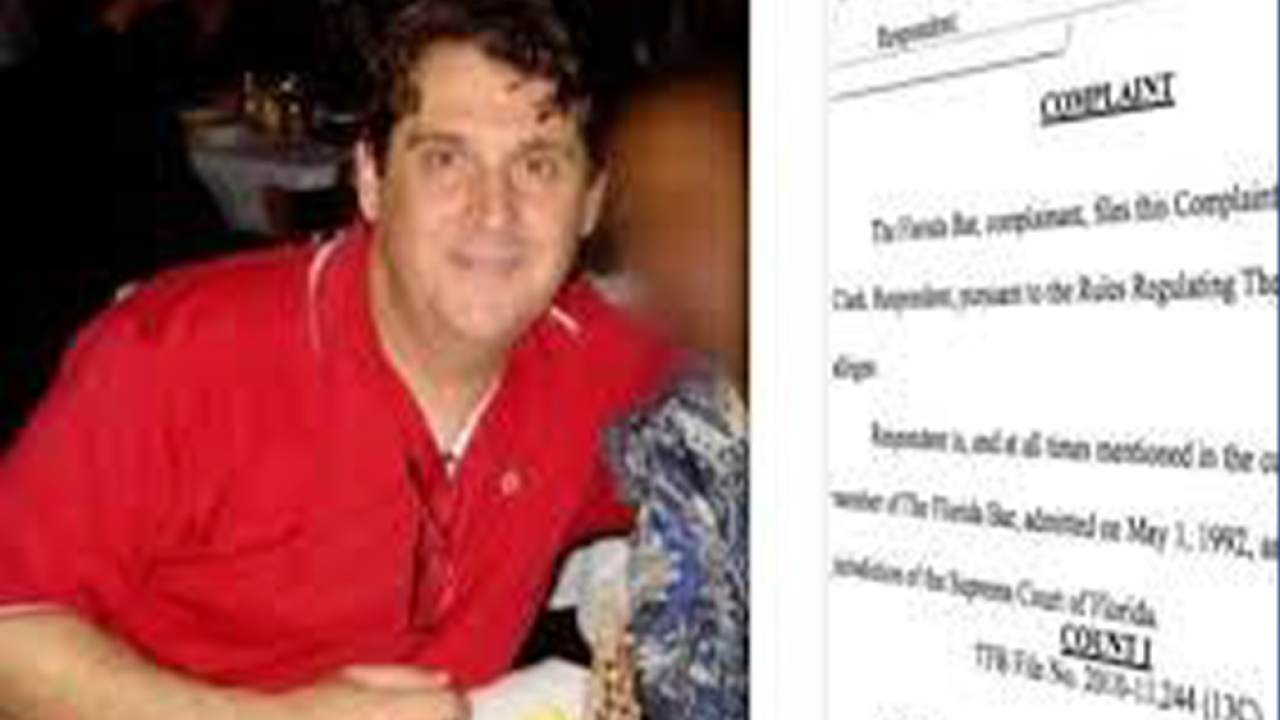 The charges allege criminal acts Clark committed against his clients and the U.S. Government between 2010 and 2017, including bankruptcy fraud, wire fraud and falsification of records.

I-Team investigator Adam Walser first found out about Clark when he surrendered his law license in 2017, following a Florida Bar investigation that uncovered he transferred money from a client’s trust account into his personal account and used the money to pay his own personal expenses.

At that time, Clark was already on probation related to a previous complaint involving providing inadequate representation to a client.

The complaint that led to the surrender of Clark’s law license was filed by the owners of an assisted living facility, who hired Clark to help broker the sale of the business and establish a trust with the proceeds.

Clark made himself trustee of that trust and spent through the money without his client's knowledge.

The owners hired attorney L. Reed Bloodworth to represent them in a civil suit against Clark.

“The man stole $1.3 million from my clients,” Bloodworth said. “It has been very hard on my clients. This was their life’s work wiped away.”

The indictment also alleges that between 2010 and 2017, Clark defrauded clients facing foreclosure…having them sign over the deeds to their homes to a company owned by his paralegal, Eric Liebman.

The indictment alleges Clark promised to save his client's homes from bank foreclosure, but instead of negotiating with banks, he and Liebman rented those properties out to other people and kept the money.

We reached out to Clark’s attorney Bjorn Brunvand, who says his client has entered a “not guilty” plea.

He says they are currently reviewing the government’s voluminous evidence in the case.

If convicted on all of the charges, Clark could face up to 150 years in prison.