TAMPA, Fla. — Search warrants sought and obtained by Tampa police detectives indicate some of the steps they are taking to prove a driver guilty of killing a pedestrian on Bayshore Boulevard.

Police say Benjamin Douglas Ehas, 31, was drunk, took drugs and was behind the wheel of a Pinch-A-Penny pickup truck when he crashed into a pedestrian, causing his death.

They say Ehas was driving a Pinch-A-Penny Ford F-150 pickup truck at a high rate of speed on Jan. 9. when it left the road and crashed into George Gage, knocking him off the sidewalk into the Hillsborough Bay.

A warrant says police are seeking vials of blood taken from Ehas when he was admitted to Tampa General Hospital after the crash. A police report indicates medical testing showed his blood alcohol level was .234, nearly three times the presumed level of intoxication in Florida.

According to police, Ehas admitted consuming a double shot of Fireball whiskey he bought at a liquor store minutes before the crash. A separate warrant seeks hospital records showing toxicological testing results, which would indicate the presence of other medications in his blood.

Police say Ehas admitted to smoking marijuana and taking prescription medications in the hours before the crash.

Detectives also seek blood, hair, saliva and DNA from the truck, as well as a DNA sample from Ehas to match his blood to blood found on the airbags.

In the search warrant application, the officer says this is necessary to prove Ehas was behind the wheel at the time of the crash, because he was unconscious on the ground outside the vehicle when the first eyewitnesses arrived.

According to police, witnesses saw Ehas driving recklessly at speeds estimated at more than 70 mph in the moments before the crash. 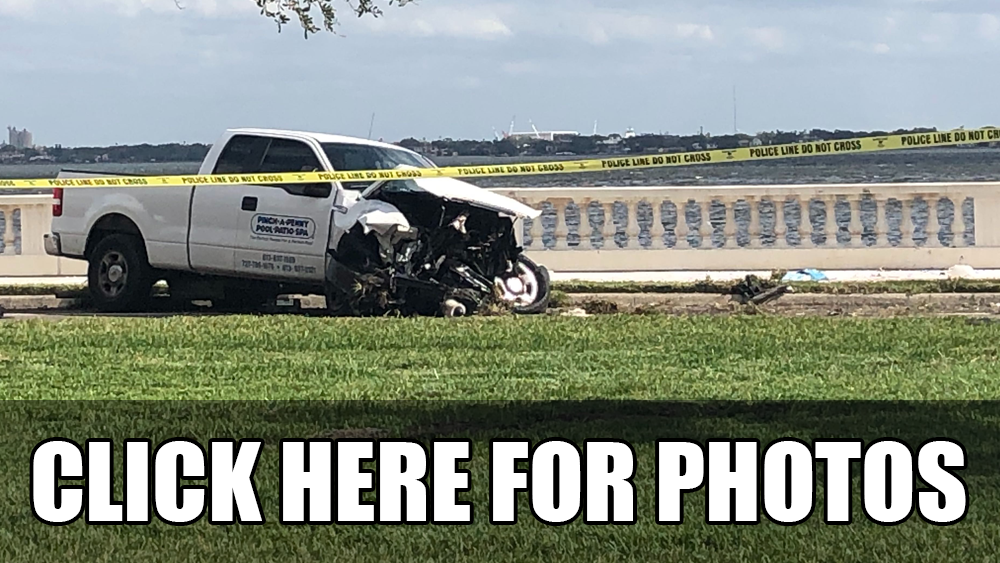 Witnesses say just prior to the crash, the F-150 attempted to pass a vehicle on the right and appeared to lose control prior to striking Gage and a wall. The speed limit on Bayshore Blvd. is 35 mph.

Ehas is currently being held without bond on charges of DUI manslaughter and vehicular homicide.