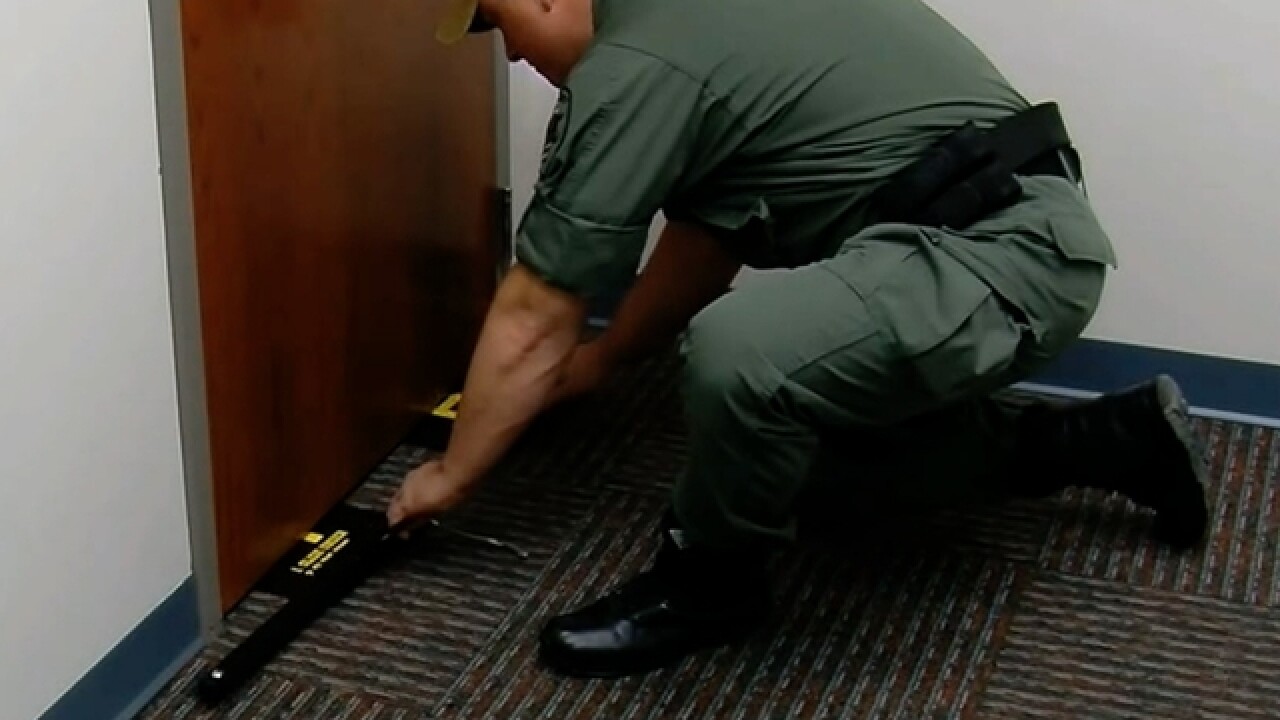 Copyright 2018 Scripps Media, Inc. All rights reserved. This material may not be published, broadcast, rewritten, or redistributed.
YouTube

LAND O' LAKES, Fla. — Locks, barricades, solid doors and other security measures are being credited with preventing yesterday's shooting from having an even higher death toll.

The ABC Action News I-Team has been talking with local school leaders about how they stack up when it comes to having safety measures in place.

In Hillsborough County Schools, a lockdown drill will be planned for next week.

Districts throughout the bay area are taking a closer look at campuses and procedures to make sure they're ready, should the next threat hit even closer to home.

He says keeping an attacker out of a room can mean the difference between life or death.

Fergueson says he believes students and faculty did plenty of things right at the Broward County high school.

“I saw people indicating they were behind locked doors. I also heard references to re-enforcing doors with barricading type strategies,” he said.

Fergueson developed the district’s most recent security plan and recommends safety measures whenever the district builds or renovates a new school.

He says even elementary students are taught to lock doors in classrooms and erect barricades to keep active shooters out.

“You want to make sure that you have the heavy stuff on the bottom and then you start piling objects on top of it,” one student said, describing the plan.

That has led to schools adding locks to classroom doors and getting rid of glass windows in some doors.

He says his district is making sure fences, locks and cameras are working.

“If we have blind spots or we have vulnerabilities we fill that in and use our budget very wisely, even in very tough times,” Eakins said.

And most local security funding pays for school resource officers.

In Ohio, a PTA bought secondary barricades for classrooms in one school which could prevent doors from being opened.

But those devices are not feasible here.

“A lot of those devices are in direct contradictions to fire codes,” said Fergueson.

In Florida, devices that require fine motor skills to unlock are prohibited, since students could get trapped inside.

Schools won’t talk about specific plans at specific schools, because they don’t want to give out to much information to potential shooters.

But they want to remind parents that schools are still among the safest places that a child can be.

If you have a story you think the I-Team should investigate, contact me at adam@abcactionnews.com