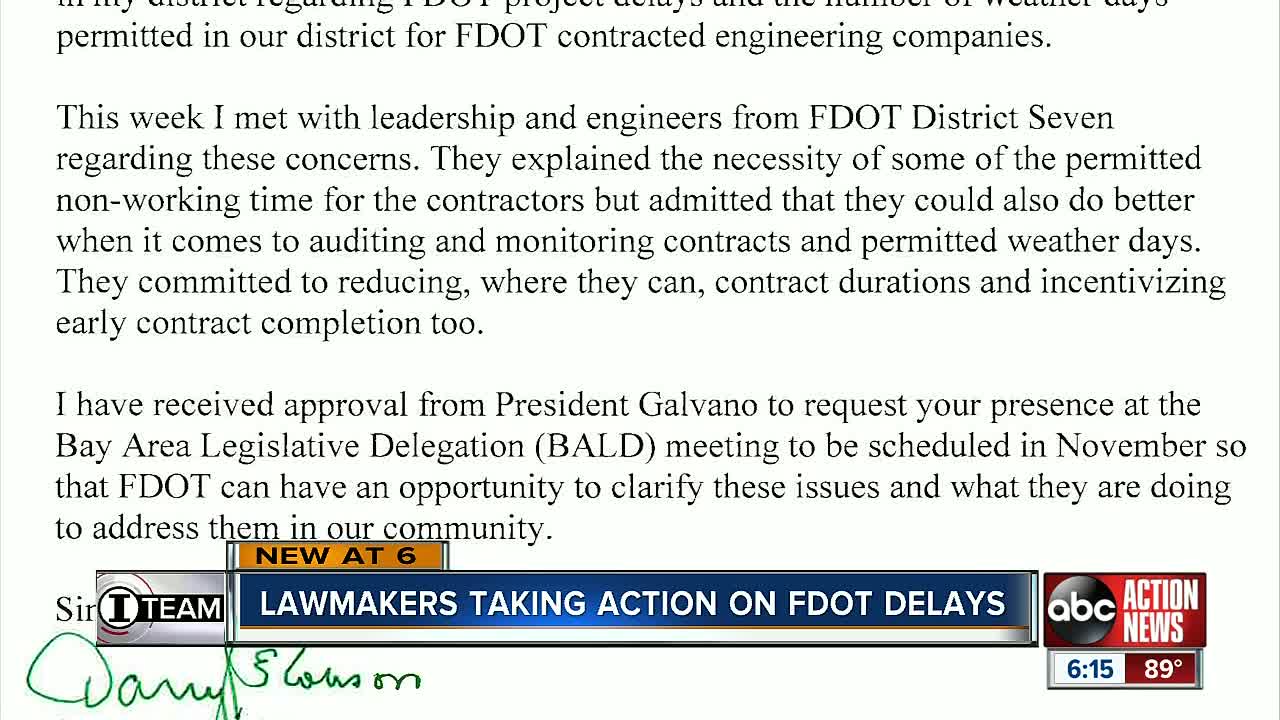 ABC Action News I-Team reporter spoke with lawmakers on how they could hold contractors and FDOT accountable. 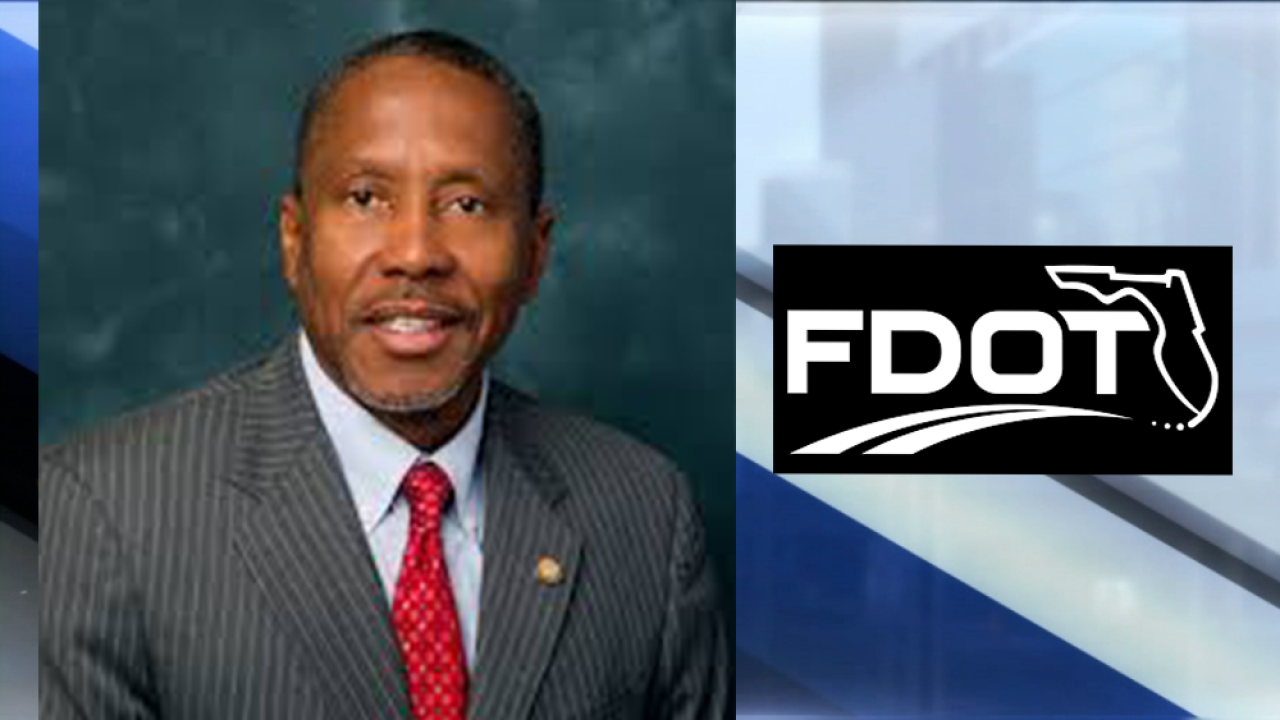 An I-Team investigation into a troubling system of road project delays is now sparking action from state lawmakers.

“This seems to be excessive and it begs the question, ‘Why?’” Rouson told Investigator Adam Walser just days after an I-Team investigation revealed a pattern of delays.

Rouson is putting FDOT Secretary Thibault on notice that he needs to explain why the agency awarded so many weather days to contractors, allowing them to push off the completion of road projects without facing fines for the delays.

In the letter, Rouson describes meeting with regional FDOT officials, who he says "admitted that they could do better when it comes to auditing and monitoring contract and permitted weather days," according to the letter.

“It's up to us to hold them accountable," Rouson told I-Team Investigator Adam Walser. "The public is tired of delays.”