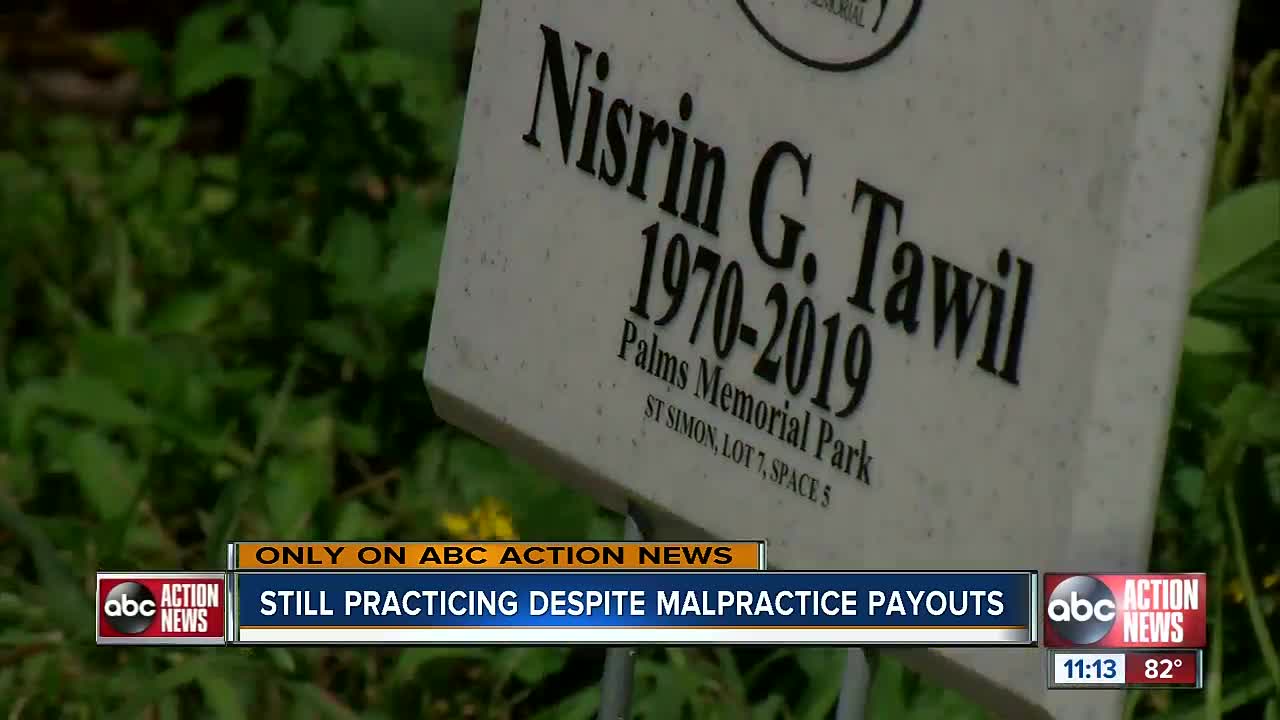 Hundreds of Florida doctors have paid out multiple malpractice claims after voters passed a law to take away their licenses. 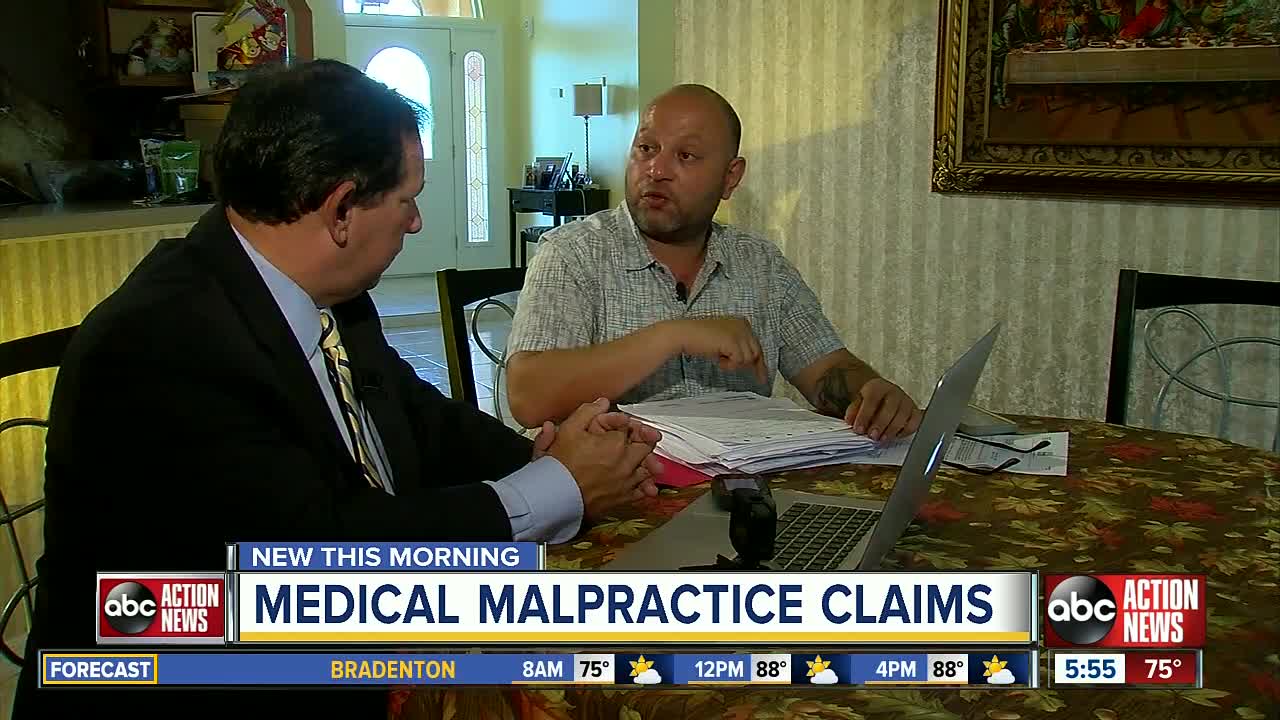 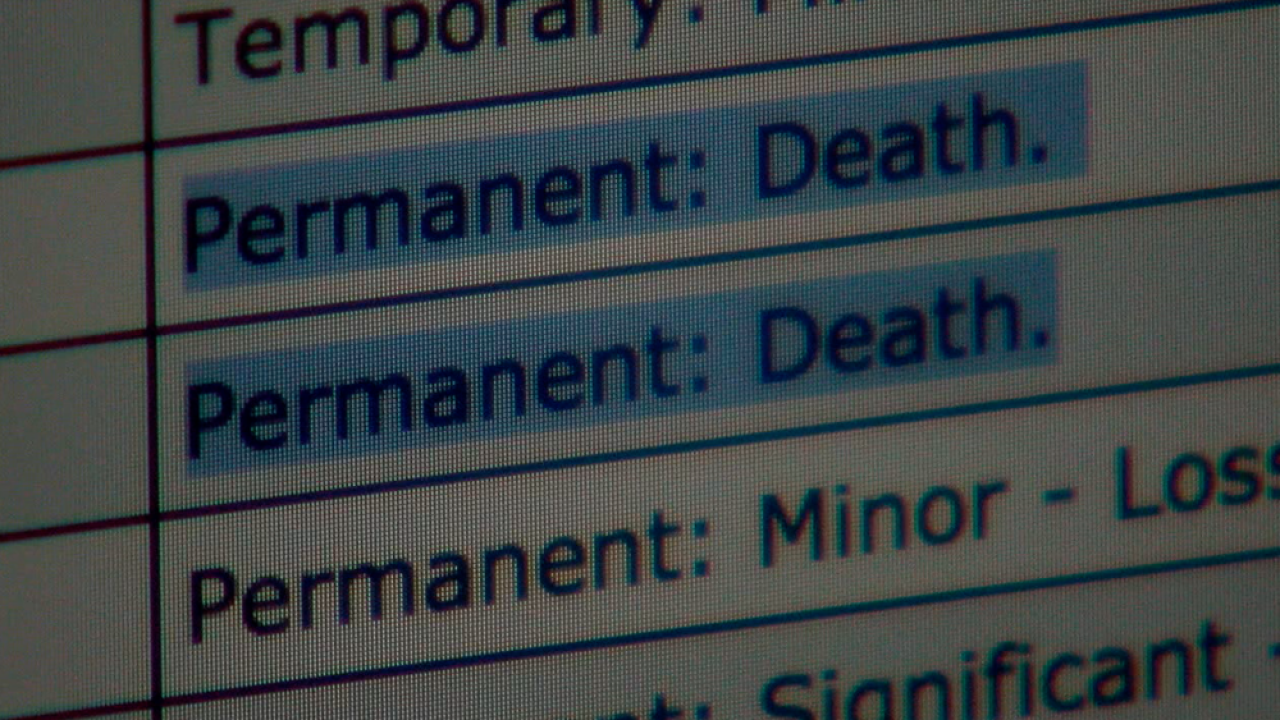 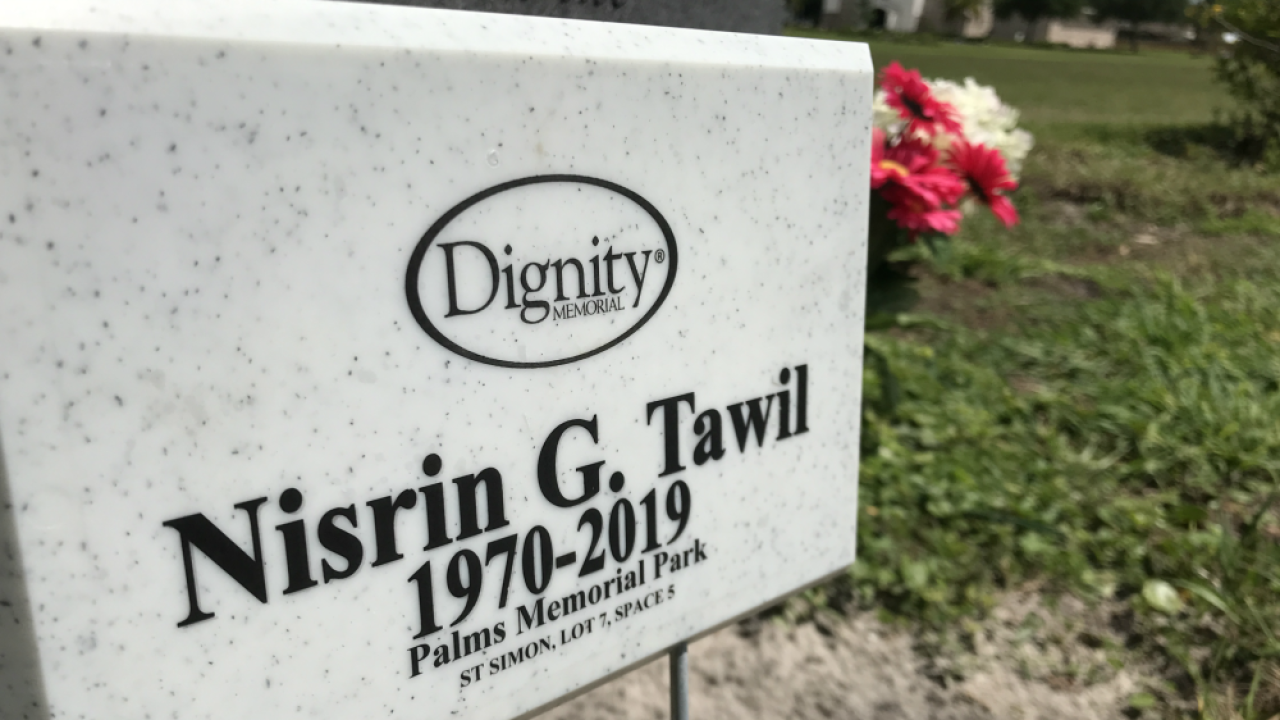 ST. PETERSBURG, Fla. — Hundreds of Florida doctors have paid out multiple malpractice claims – putting patients at risk 15 years after voters passed a law that was supposed to take away their licenses.

An exclusive investigation by ABC Action News found Florida doctors paid out more than $460 million for malpractice claims involving nearly 1,400 patient deaths over the past decade.

Florida’s so-called three strikes rule – passed by voters as a constitutional amendment in 2004 – was supposed to prevent these kinds of situations.

But the I-Team dug through thousands of state insurance records and uncovered how some Florida doctors who have paid multiple malpractice claims are continuing to practice, thanks to legal maneuvers available to their attorneys.

One of those doctors is Dr. Ernest Rehnke of St. Petersburg.

State records show his insurance paid out a total of $2.6 million in those cases.

The family of 48-year-old Nisrin Tawil said Dr. Rehnke performed what was supposed to be a routine weight loss surgery on the mother of three just days before she died in March.

“She’s the most amazing person I ever met, my wife,” said her husband Bassem Girgis. “Now my family’s missing its most important person.”

Her 14-year-old daughter, Jessica, said, “She loved everyone that walked in the house.”

“She was like really generous. She cared about other people,” added Jessica’s twin sister, Samantha.

Girgis says his wife saved money, attended an information session and watched online educational videos to prepare for her surgery. But he admits she never looked into Dr. Rehnke’s background.

“We never did research,” said Girgis. “He’s a doctor and I don't think any doctor can be hurting people.”

During his wife’s surgery, Girgis said he got a troubling call from Dr. Rehnke’s nurse.

“She said, ‘Your wife started bleeding. Dr. Rehnke hit the artery by accident and he’s trying to get the bleeding under control,’” said Girgis.

Medical records show his wife lost 18 units of blood during three operations before she died.

“I was shocked. I said, ‘Why did my wife choose this doctor?,’” said Girgis.

The I-Team uncovered Dr. Rehnke has only been disciplined once by the Florida Board of Medicine – in 2006 for providing substandard treatment
(https://appsmqa.doh.state.fl.us/MQASearchServices/Document/ODY1ODk4NQ%3d%3d)

His license is currently listed as “clear/active.”

Doctor declines to speak to I-Team

After multiple requests for comment went unanswered, I-Team Investigator Adam Walser caught up with Dr. Rehnke outside a local restaurant.

He declined to comment on the case, but when asked if he felt bad about what happened to Nisrin Girgis, he replied, “We always do, yes.”

When Dr. Rehnke was asked whether it was time for him to stop practicing medicine, he replied, “This is not the place to go over this.”

The I-Team found the majority of doctors sued for malpractice are settling the case before a court verdict — a step to avoid a strike against their medical license.

But Rogers said the majority of malpractice cases in Florida end in settlements.

The I-Team found at least 120 Florida doctors who racked up three or more malpractice claims over the past decade and state records show only two doctors have had their licenses revoked under the three strikes rule.

And reforms passed by lawmakers more than a decade ago also make it difficult to file a malpractice lawsuit in Florida, according to Rogers.

State law requires a pre-filing investigation, including sworn affidavits from specialists in the same medical fields asserting their review of all medical records determined a breach in the standard of care by the doctor was a major cause of a patient’s injury or death.

Medical board chairman: We are not policemen

The ABC Action News teamed up with our sister station in West Palm Beach, WPTV, to get answers from the state medical board.

“The concerns that the public has are perhaps more related to the policing of medicine and that is not the Board of Medicine's responsibility,” said Dr. Stephen Rosenberg, chairman of the Florida Board of Medicine, which licenses and disciplines all medical doctors in the state.

“We function as judges, not policemen, not investigators, as judges,” Rosenberg told WPTV.

But the Florida Department of Health told the I-Team it does not track patient deaths and only learns about malpractice claims when state insurance regulators report a case as closed -- which can take years.

A call for change

Rosenberg said state lawmakers would need to make changes to allow the medical board to investigate doctors with multiple malpractice claims.

“We'd like to see greater authority, greater ability to screen the physicians,” said Rosenberg. “I think the board of medicine would be happy to review anything the legislature asks us to.”

Girgis said he reported Dr. Rehnke to the Florida Board of Medicine and is waiting to hear back.

He said he also hired an attorney, who is reviewing the case.

But Girgis said he has a message for the Florida Board of Medicine.

“You need to look at this and you need to stop this doctor,” said Girgis. “There’s no more people that need to die because of this doctor.”

Here are excerpts from a letter from Dr. Rehnke’s attorney responding to our request for comment:

Dr. Rehnke has been licensed to practice medicine for over 36 years and he has treated about 28,000 to 29,000 cases in his career. He is a trusted, competent surgeon that endeavors to practice with the highest level of care and compassion in order to minimize risk to patients. As with any surgeon, especially those like Dr. Rehnke who performs complex surgeries on patients who are already unhealthy, adverse outcomes, Unfortunately, may happen.

Dr. Rehnke has been independently determined on a consistent basis to be a safe and competent surgeon. The American College of Surgeons Metabolic and Bariatric Surgery Accreditation and Quality Improvement Program (“MBSAQIP”) recognized Dr. Rehnke and his team’s “commitment to providing and supporting quality improvement and patient safety efforts for metabolic and bariatric surgery patients.”

Dr. Rehnke has been awarded this accreditation each year since 2006. Further, Dr. Rehnke continues to be one of two known surgeons in the country that performs Barnett Continent Intestinal Reservoir (BCIR) procedures, a specialized type of surgery that improves lives. If Dr. Rehnke had more time to respond, I am confident we could gather and provide more documentation reflecting third parties’ findings of Dr. Rehnke’s competence to practice medicine.

We understand in the specific instance you are referencing in your story, the patient’s family is understandably upset and Dr. Rehnke is certainly sympathetic, but because of HIPAA obligations, Dr. Rehnke is not able to defend himself at this time by addressing the patient’s unique history and circumstances, placing him at a particular disadvantage in responding to your story.

If you want to find out if your doctor has been sued or paid out any malpractice claims, follow this link and fill in the doctor’s name or license number: https://apps.fldfs.com/PLCR/Search/MPLClaim.aspx